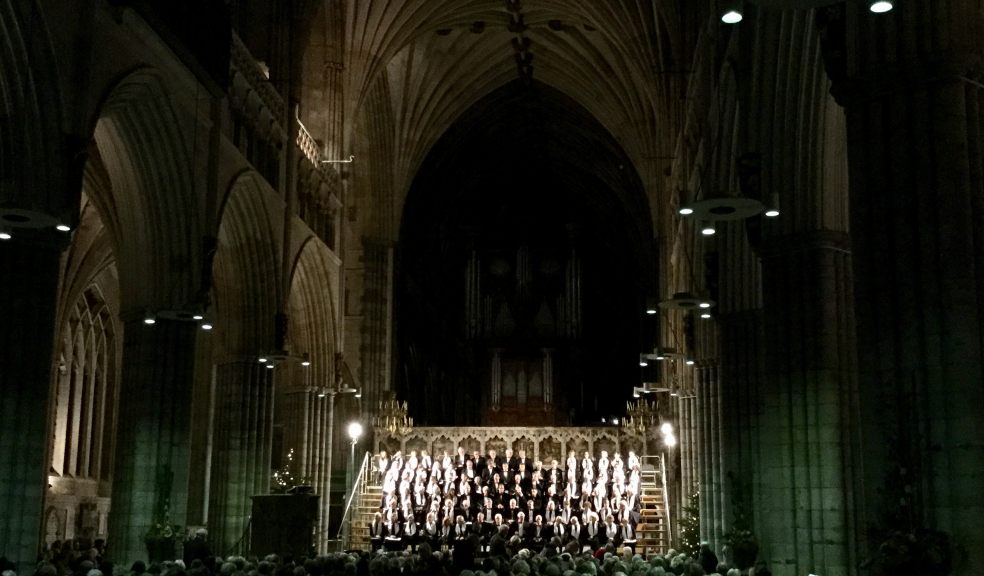 Five outstanding young soloists, who have already had considerable success, will be joining Exeter Philharmonic Choir for the Lord Mayor’s Concert, Mozart Requiem, on March 10th.

The Choir is excited to welcome vocalists Natalya Romaniw, Oliver Johnston, Marta Fontanals-Simmons and Tristan Hambleton whose voices are sure to excite individually and together as a quartet. The talented singers will be joining more than one hundred members of Exeter Philharmonic Choir to perform Mozart’s Requiem, one of the most cherished and well-known works in the choral repertoire. The programme also includes Haydn’s Te Deum.

Clarinettist Jordan Black, regarded as one of the finest young clarinet players of his generation, will also be taking the spotlight playing Mozart’s Clarinet Concerto with the Sinfonietta.

The concert is supported by the choir’s Honorary President, the Lord Mayor of Exeter. The retiring collection will be for the Lord Mayor’s chosen charity, Age UK Exeter.

Clive Anscott said, “It is my absolute pleasure to be able to offer support to the EPC, by way of both patronage and sponsorship. Listening to the Choir for the first time, performing Haydn's 'The Creation' in May 2012,  I felt an immediate affinity. I’ve attended every concert since then and have thoroughly enjoyed each one - great singing, direction and accompanying musicians.”
“If you love great music, expertly performed, in superb locations, then the EPC is for you.”

In preparation for the concert, EPC held a successful choral workshop on Mozart’s Requiem in mid February attended by around 200 people, with a short performance at the end of the day.