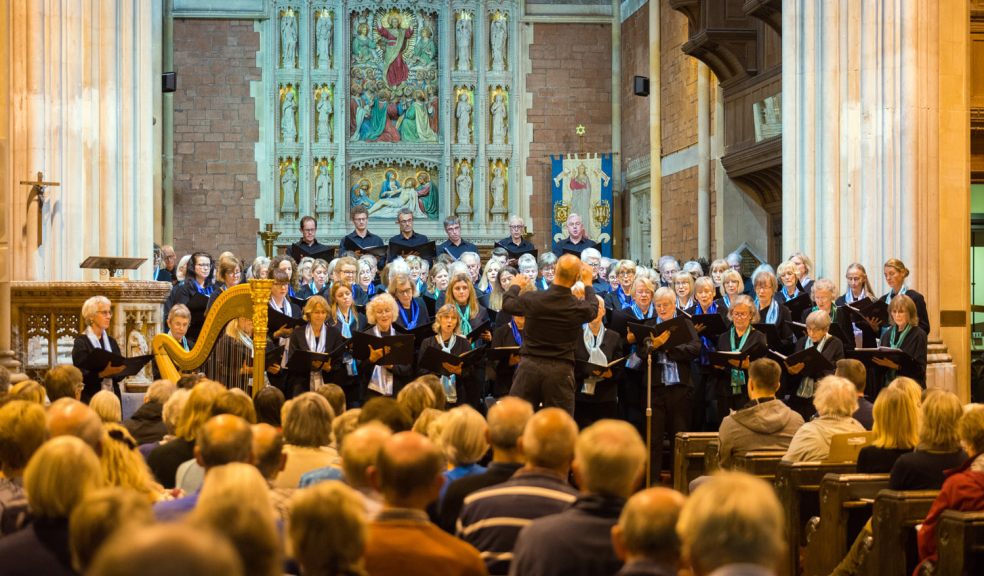 Members of the longest-established choir in the South West have a special reason to raise their voices in celebration at a concert in Exeter Cathedral on Saturday, March 12th - the event marks Exeter Philharmonic Choir’s 175th anniversary.

To celebrate this landmark occasion, the Choir will be performing Brahms’ great work, Ein deutsches Requiem, joined by the renowned London Mozart Players and two of the UK’s most exciting soloists: soprano Jessica Cale (winner of the 2020 Kathleen Ferrier Award) and baritone Timothy Nelson. The programme also includes Lo, The Full, Final Sacrifice by Gerald Finzi, a rare opportunity to hear this piece accompanied by a full orchestra.

Since Exeter Philharmonic Choir was founded in 1846, it’s achieved the remarkable feat of performing in the city every year, despite wars and pandemics. This includes performances in 2020 and 2021, immediately before and after the Covid-19 lockdowns.

The Choir’s audiences and 120-strong membership are drawn from across Devon; a true Devon-wide choir that’s always on the lookout for new members.

Director of Music Howard Ionascu is a highly experienced conductor, and his other choirs include the renowned Winchester College Chapel Choir. Howard says, “Performing  Brahms’ Ein deutsches Requiem, accompanied by the brilliant London Mozart Players, will be the highlight of our 2021/22 season. It’s always exciting to perform in the awe-inspiring surroundings of Exeter Cathedral, especially when we get to combine the choir’s sound with that of a world-class orchestra and two outstanding soloists.”

He adds, “With grand social and political reverberations, “A German Requiem” seems to be an appropriate anthem for the turbulent times in which we now find ourselves. It promises to be a memorable night.”

For Brahms, Ein deutsches Requiem was inspired by deeply personal motives. The idea of a requiem seems to have occurred to the young composer after a suicide attempt by his compositional father figure, Robert Schumann, who died in 1856. According to an early biographer, Brahms discovered the title among manuscripts left by Schumann. A false start on the composition resulted instead in Brahms’s First Piano Concerto. The requiem idea came to fruition only after the death of his mother in 1865.

“A German Requiem” in six movements for baritone soloist, chorus and orchestra premiered in 1868.  Brahms returned to the work, adding a seventh movement for soprano, with the words “I will comfort you as one whom his own mother comforteth.”

The UK’s longest-established chamber orchestra, the London Mozart Players has developed a reputation for adventurous, ambitious programming. It last performed with Exeter Philharmonic Choir in March 2019.

Choir member Jade Passfield from Exeter says, “Singing in the cathedral is always a breathtaking experience and singing along to one of the best UK orchestras is a bonus. Getting the opportunity to properly explore big works with extremely talented musicians never gets old. I hope I can continue with EPC for a long time.”

Exeter Philharmonic Choir’s 175th season concludes in May in slightly less familiar territory, with a jazz concert at the Holy Trinity Church in Exmouth.

The EPC website has full details and booking links for both concerts: www.exeterphilharmonic.org.uk