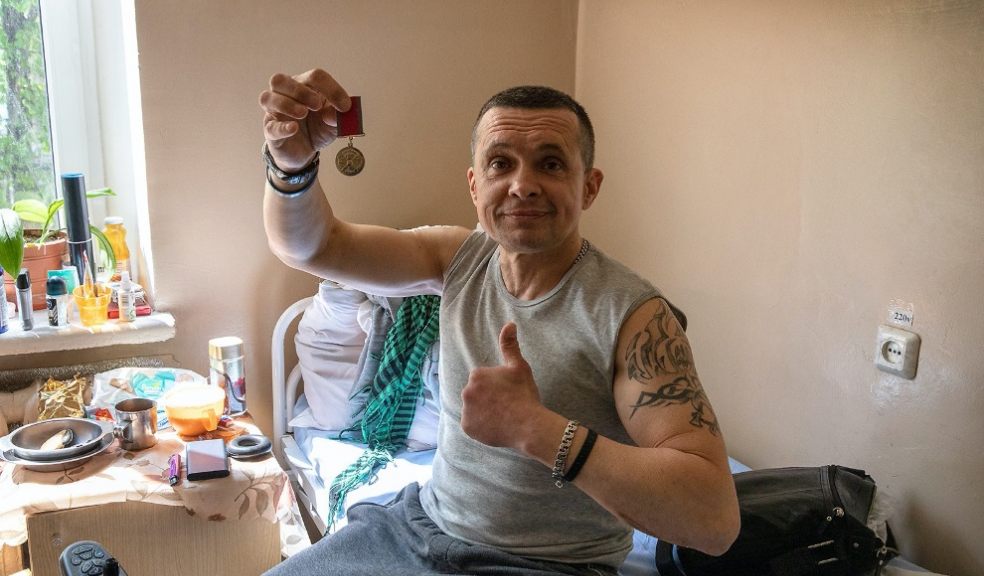 Global experts in delivering medical training for people working in remote environments have galvanised more than £645,000 worth of life-saving medical supplies to the frontline of the Ukrainian war zone.

World Extreme Medicine, which partners with the University of Exeter to deliver the Extreme Medicine Masters programme, has made the delivery, including a major donation from one of Exeter’s graduates.

The “trauma boxes” delivered to Ukrainian troops are designed to contain everything needed to keep a casualty alive until they can be transported to a hospital. The donation includes supplies bought though a fundraising campaign, and around £400,000-worth of Quikclot, a combat gauze which creates immediate clotting on application to a wound, often stopping the casualty from bleeding to death.

Now, they have utilised their international network of remote medicine experts, to fill a need that will reduce deaths. Mark returned this week from making the delivery to the frontline, and said: “We wanted to make sure our activity in Ukraine really made a positive impact where it’s needed. Because we have specialist expertise, and we’re a small group on a targeted operation, we can be sure that our essential supplies go directly to where they’re needed, on the front line.”

Quikclot is in short supply globally, as production is yet to catch up with the increase in demand since the conflict began. The donation was made by Eric Linder, founder and chairman of the Team 5 Foundation, who recently completed Exeter’s Extreme Medicine Masters programme.

The Team 5 Foundation offers medical care and training to remote areas of the world where communities are in need. Eric said: “We’d received a huge donation of Quikclot, and we were using it to train our expedition members. It’s become incredibly sought-after since the start of the Ukrainian conflict. You just can’t get it. It’s one of the most valuable items of medical kit you can have on the frontline. It really saves lives.

“I could think of no better use for it than to donate it to Ukraine, and I had absolute faith in World Extreme Medicine to ensure it reaches those who need it. For me, the most valuable aspect of the Extreme Medicine Masters at the University of Exeter was networking – it’s that network that helps them to operate more efficiently, and it’s also helped me to recruit direct to Team 5!