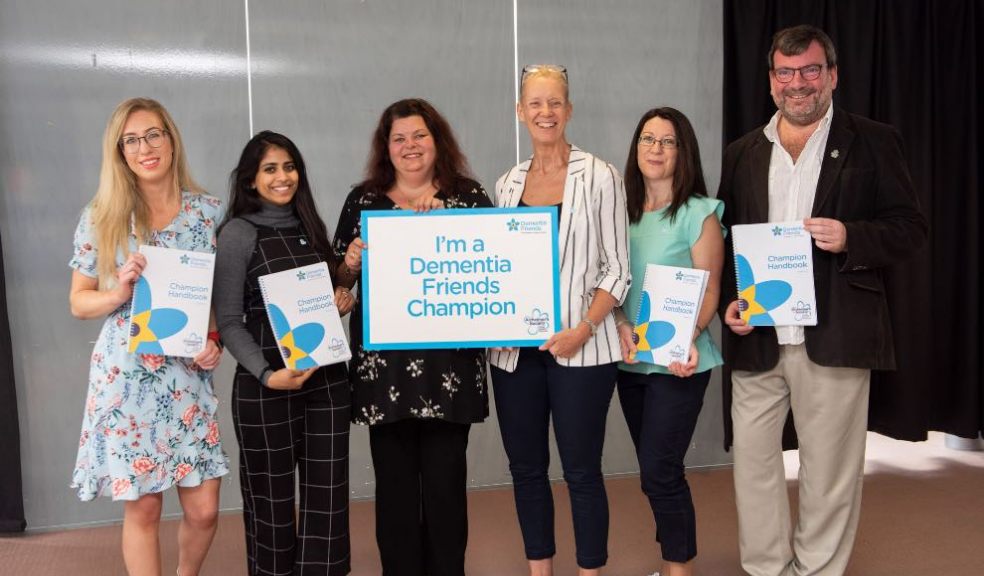 People in Exeter, and the surrounding area, are being given the opportunity to make a difference to the lives of local people with dementia by becoming Alzheimer’s Society Dementia Friends Champions. People can book now to attend a touring induction day that is coming to the area on Friday 18 October.

The day-long session, that will take place at Exeter Community Centre, is part of Alzheimer’s Society Dementia Friends programme, which is the UK’s biggest ever initiative to change people’s perceptions of dementia. It aims to transform the way the nation thinks, acts and talks about the condition.

Dementia Friends Champions are volunteers who help tackle the stigma and lack of understanding that means many people with the condition experience loneliness and social exclusion. After attending the Exeter induction day, the volunteers will deliver Dementia Friends sessions across the local area in the coming months.

There are now three million Dementia Friends in the UK and over 400 dementia friendly communities across England and Wales. Alzheimer’s Society want to reach even more people so that people with dementia feel understood and included in their community.

“It’s easy to get involved. Dementia Friends Champions will attend an induction day, receive on-going support and be part of a growing network of people creating dementia-friendly communities together.”