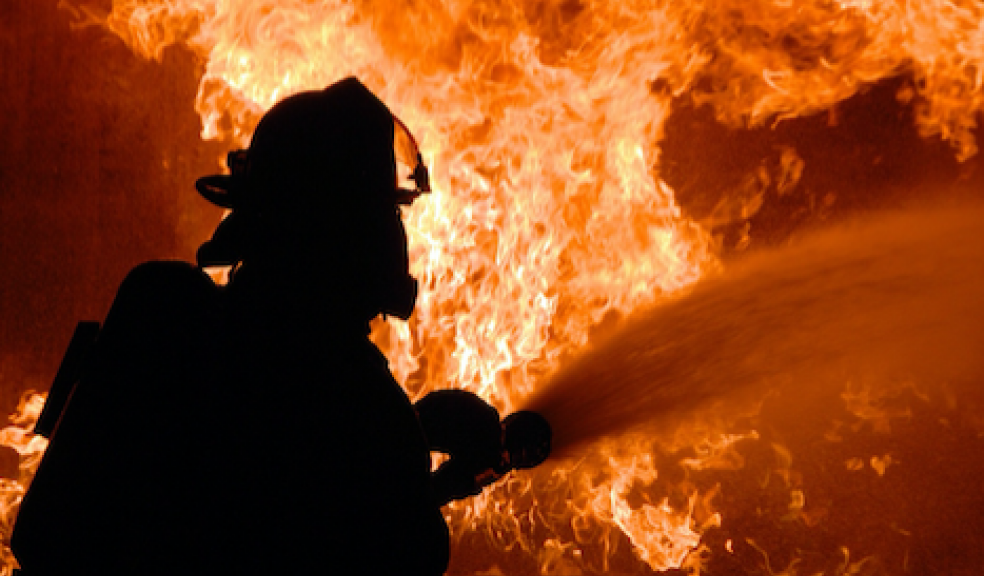 Eight fire crews have been tackling a blaze overnight in East Devon.

Fire Control received a call from a member of the public advising that they had a fire at their thatched property in Woodmanton, Woodbury.

Alongside these pumps a specialist water carrier was mobilised from Danes Castle station along with an incident command unit from Honiton station.

Below is the full report from Devon and Somerset Fire & Rescue Service HQ:

19:51 – Crews confirmed a fire involving a two story property with thatched roof well alight. Crews were at work with one foam branch and two firefighters wearing breathing apparatus. Crews also requested the attendance of Western Power due to power lines running within close proximity of the property.

20:10 – A further four pumping appliances were requested to attend the incident making this 12 pumps. These appliances were mobilised from our Newton Abbott, Crediton, Dawlish and Sidmouth fire stations.

20:42 – Crews confirmed 100% of the roof was well alight along with 50% of the first floor. Crews were withdrawn from the property with external firefighting only taking place.

22:00 – Crews report steady progress is being made. They remain at work with four jets in use for external cooling, two firefighters wearing breathing apparatus and a water shuttle in place from local hydrants.

23:30 – A four pump relief has been requested at the incident ground – these appliances have been mobilised from our Seaton, Cullompton, Teignmouth and Ashburton stations.

00:10 – Crews report that hot spots in 50% of the roof have now been extinguished. Steady progress continues to be made with firefighting efforts for the remainder of the property.

This incident is on-going and further updates will be given in time……..

07:00 - We still have 3 fire appliances in attendance making steady progress turning over and damping down with compressed air foam, after gaining access to the first floor using a triple extension ladder. The crews in attendance are relief crews from North Tawton, Chagford and Torquay.