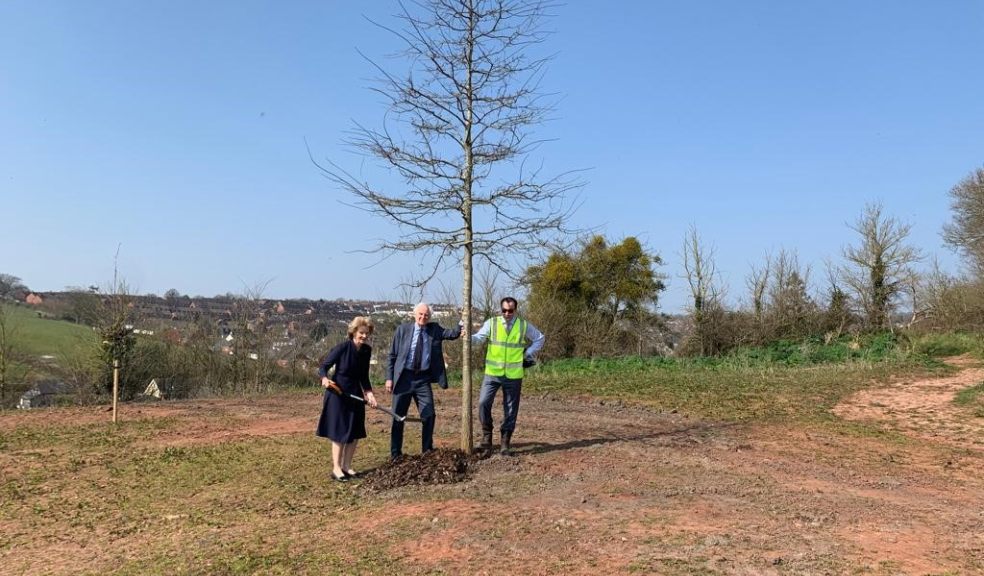 To celebrate the Queen’s Platinum Jubilee, Devonshire Homes has planted six metre high, mature oak trees at each of its sites across Devon which include Tarka View, Crediton; Longston Cross, Bovey Tracey and Applegate Park, Kingsbridge.

The Queen’s Green Canopy is a unique tree planting initiative which is encouraging people across the UK to “Plant a tree for the Jubilee”. Introducing new trees during the official planting season between October and March will enhance the environment and create a legacy in honour of the Queen’s leadership of the nation, which will benefit future generations. Tree planters can mark their efforts on an interactive map viewable on www.queensgreencanopy.org.

David Heathcoat Amory commented: “It’s an honour to be planting new trees as part of the Queen’s Green Canopy initiative and we jumped at the chance to get involved. It’s an incredible initiative which marks the Jubilee in a positive way, leaving a legacy of something beautiful for future generations and helps the planet.”

David continued: “The Green Canopy campaign focuses on planting sustainably and we chose native oak species as our Jubilee trees at each of our new homes sites. We’d like to thank Lady Arran for joining us at Tarka View for the tree-planting ceremony and helping us celebrate our involvement in this special initiative.”

Building homes in the West Country since 1992, Devonshire Homes use traditional building techniques and high-performing materials which create homes that are sustainably made and energy efficient. The housebuilder specialises in providing homes which reflect the traditional characteristics and building styles of the region, creating homes which are sympathetic to the surrounding environment.