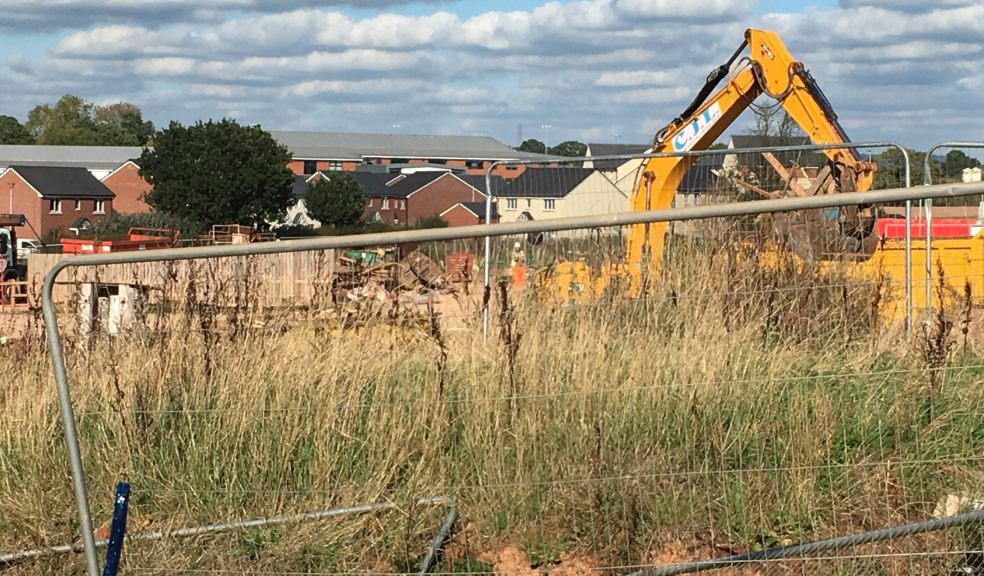 Too many homes are being planned for Devon over the next decade, most of them are to be built on greenfield sites, and a staggering two-thirds will be bought by people who have moved into the county. These are the key findings of an independent study, commissioned by the Devon branch of the Campaign to Protect Rural England, which exposes the stark truth behind ‘official’ assessments of Devon’s housing needs.

More than 150 members of the public attended a special launch seminar in Tiverton on Friday 12th October to collect copies of the report, produced by leading research company Opinion Research Services (ORS).  CPRE Devon took the unprecedented step of commissioning the six-month-long study, called ‘Devon Housing Needs Evidence 2018’, to find out how many extra homes and what type of homes are really needed across the county.

Jonathan Lee, a leading research academic with ORS, outlined the report’s key findings at today’s seminar at Tiverton’s Best Western Hotel. The other speakers were East Devon MP Sir Hugo Swire, and Dr. Phillip Bratby from CPRE Devon, who told delegates about the failings of the Government’s Housing Policy and its impact on Devon. The presentations were followed by a lively and impassioned Q&A session in which delegates expressed their concern at the loss of so many green fields for development and the scarcity of genuinely affordable housing for local people on low wages.

The ORS report reveals that the number of new homes planned for Devon is a considerable over-estimate, based on a flawed Government methodology for assessing future housing needs. The research contradicts claims by the Greater Exeter Strategic Plan (GESP) - made at CPRE Devon’s housing seminar in January - that the majority of Devon’s new homes (90% in Cranbrook) are being built to meet local housing need; by contrast, ORS found that two-thirds are being built to satisfy demand from inward migration. The ORS study also demonstrates that current Local Plans for Devon are failing to make provision for enough homes of the right type and in the right places.

CPRE Devon’s Dr. Phillip Bratby, who has produced his own report ‘A Review of Government Housing Policy and its Impact on Devon’, says, “The Government is forcing local authorities to plan for far more houses than are actually needed. Despite projections for the future showing lower rates of growth in the number of new households, the Government is intent on increasing the rate of housebuilding, with planners claiming they are homes for local people when, clearly, many are not.  It’s time to start building the homes that are needed in locations where they are needed, rather than the soulless housing estates that big developers inflict on us to increase their profits. And it’s high time our Local Planning Authorities began to take stock of what local communities really need - genuinely affordable homes on brownfield sites wherever possible.”

Penny Mills, Director of CPRE Devon says: “Everybody should be alarmed at the scale of development that is taking place or planned throughout Devon, much of it on our green fields.  People who claim to love nature, wildlife and the environment should be concerned because of the loss of precious habitats. Anybody who is involved in the tourist industry should be worried. Tourism is one of the biggest contributors to Devon’s economy. Why? Because people come for the beautiful coast and countryside, the scenery, the peace and quiet, the fresh air. Will they still come to see sprawling housing estates with identikit homes, an urban environment and traffic jams?  I don't think so. We shouldn't be destroying our most precious asset - our countryside.”

The report is available free to CPRE members and at a cost of £36 to non-members through CPRE Devon’s website: www.cpredevon.org.uk