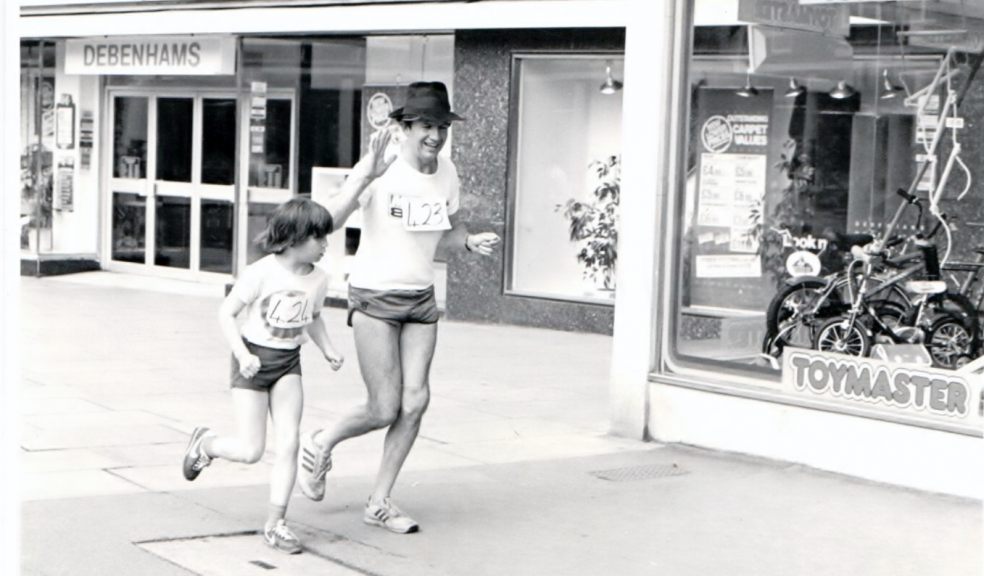 This year's Great West run is almost upon us approaching and competitors are putting in final preparations on the fitness and fundraising front.

Kate Lloyd will be lining up at the start on Sunday (October 14) as part of the powerful #keepitlocal fundraising alliance between FORCE Cancer Charity, Hospiscare and Children’s Hospice South West (CHSW) to promote support for local causes at this year’s event.

Kate is running the annual half marathon for FORCE in memory of her dad John, the former Exeter barrister and city and county councillor who died last year.

“My father ran the first Exeter Marathon in 1982 and ran the subsequent marathons and Great West Runs for many years in his trademark black hat,” said Kate. “John died last year and I wanted to do something to remember him as well as raise money for an Exeter charity. FORCE do great work in Exeter for cancer patients and their families.

“When John took up running he did it in typical extreme fashion - going from a non-running, cigar smoker whose only exercise was cycling around the city and looking after his allotment and two small children, to running a marathon - and all because a journalist asked him if he was running the Exeter Marathon, and he said yes.”

Kate has a treasured photograph of her and her father, running a short race in Exeter sometime in the mid-1980s, outside the Pram & Toy shop in Sidwell Street.

“My running career since then has been mostly dormant, but is recently resurrected so I'm also hoping to get fitter, and graduate from running 10k!” she said.

Kate has already exceeded her fundraising target of £1,000. You can sponsor her at uk.virginmoneygiving.com/KateLloydForceGWR2018

FORCE, Hospiscare and CHSW still have places available for the Great West Run. In return for covering the cost of the entry fee, each of the charities asks that its runners pledge to reach a set fundraising target.

• FORCE works in Devon to offer face-to-face support for anyone affected by cancer.
• Hospiscare is your adult hospice charity, providing specialist care for anyone with a terminal illness in Exeter, Mid and East Devon.
• CHSW provides care for children who are not expected to survive into adulthood.

HOW LOCAL SUPPORT CAN MAKE A DIFFERENCE TO EACH CHARITY

FORCE: £50 will pay for one person’s community exercise plan; £35 will fund one complementary therapy session; £25 will allow an hour of welfare benefits advice.

CHSW: £25 could pay for the medical consumables needed for one day; £100 could pay for all the meals for the families staying in our hospice for the day.