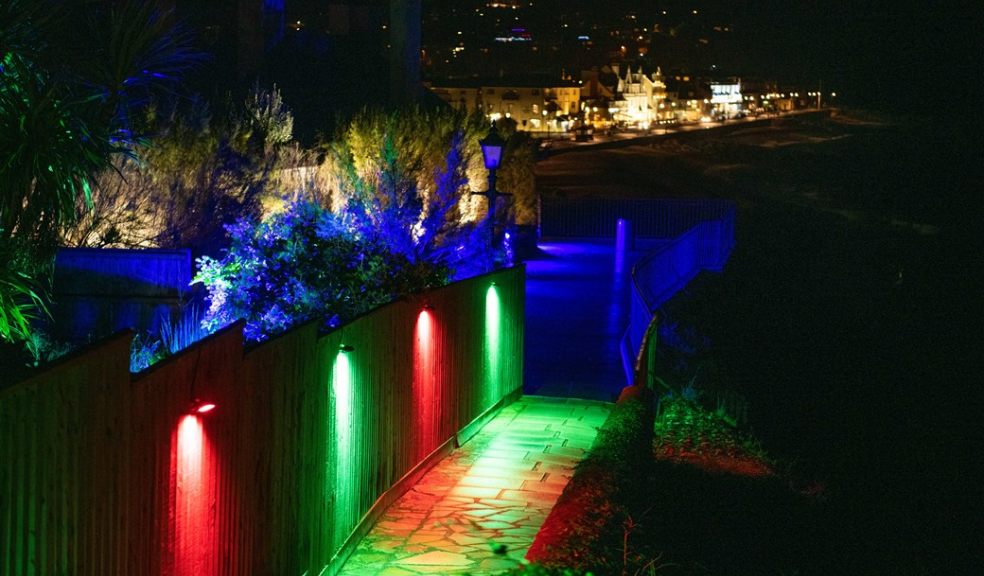 The magical event that set Connaught Gardens alight with illuminations last year has been confirmed for the start of festivities for Christmas 2022.

This time the event will run for longer, spanning two weekends from Friday December 9 to Sunday December 18 with the first session starting at 4.30pm and last entrance at 8pm.

Event organiser John Radford said: “We were totally overwhelmed with the feedback we received after the first Connaught@Christmas, we had so many positive comments about the event and how it was such a lovely addition to Sidmouth.”

“So many people – visitors and traders - asked us to do it again, how could we refuse?”

While planning is in the early stages, John can confirm that the illuminations will be different to last year’s event, with some exciting new creative ideas including an enhanced Christmas garden and an exciting structural display of glowing domes on the main lawn in front of the bandstand.

The projection across the beach and cliffs at Jacobs Ladder were well received, and this time these will be more complex lightshows. In addition projections will also light up the breakwaters and beach on the town side.

John added: “It was a steep learning curve for everyone involved, and I’m pleased we got so much right first time round. We received some great suggestions for improvements such as adding activities to entertain younger visitors.

“We’ve also come up with some ideas ourselves to make Connaught@Christmas accessible to more people, including specific sessions allocated to families who have children with Special Educational Needs. The team has been talking with local parents to see what measures will work best, but it’s likely that numbers for these sessions will be kept low, and noise levels muted.”

In another change, the final session of each evening - 7.30 to 8pm - is likely to be opened out to those who wish to bring their dogs with them. Last year there was a blanket no-dog policy but the organisers feel that this time round, responsible dog owners should be given an opportunity to enjoy a walk around the illuminations with their four-legged friends.

The Food & Craft Village will once again be sited in Manor Road car park, focussing once again on traders from Sidmouth and East Devon. With a 10 day run, traders are likely to changeover halfway through so there will be good reason to visit more than once. And to make this year even more of a social occasion, there will be extra stalls for food and drink vendors.

Local choirs and bands are currently being contacted about performances, with a particular timeslot earmarked for performances so those who appreciate live music can book a time when they can enjoy the likes of Sidmouth Town Band and Rock Choir.

More information will be available on the website later in the year, and tickets will be on sale in the early autumn.