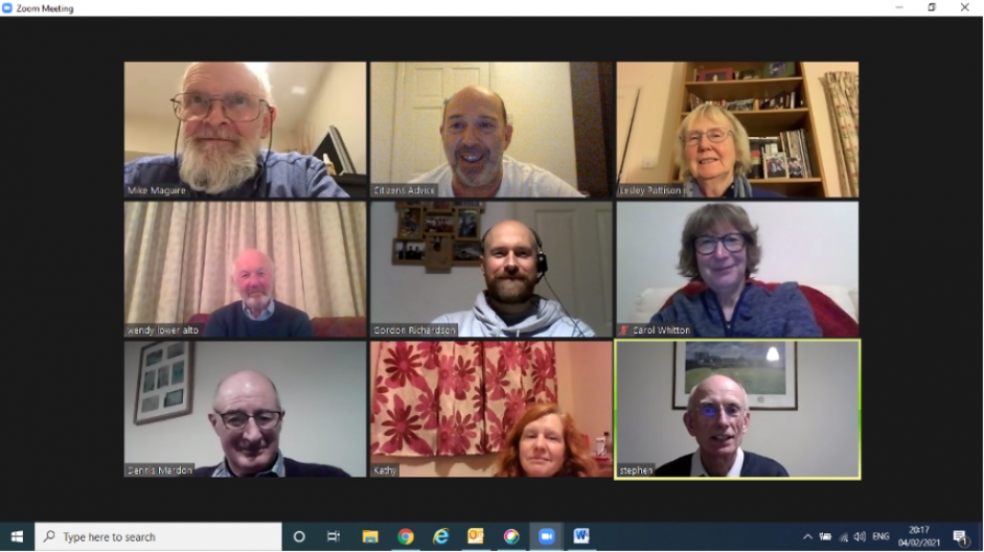 The award bears the name of our friend and colleague, Hazel Ball, who we sadly lost in 2015. Hazel first joined our Board of Trustees in 1980, and was a vocal advocate for the work of our charity throughout her career and in retirement.

Mike was recognised for over 35 years of service as a trustee with the Citizens Advice service in Devon, following his retirement in September last year, and received the award on a surprise Zoom call with his colleagues.

Hazel’s husband, Jeff Skinner, said: “As a family we’re proud that we can continue to remember Hazel’s work for Citizens Advice by sponsoring an award in her name. This at a time when the support, information and advice that Citizens Advice gives our fellow citizens is needed more than ever”.

Award recipient Mike Maguire said: “No, I did not see my ambush by Zoom coming until facing a screenful of erstwhile colleagues from Citizens Advice Exeter. Embarrassment swiftly gave way to delight at being honoured by this award from Hazel’s family. I knew her well as a fellow trustee, such a delightfully friendly but straight-to-the point individual … her memory has not faded! ”

Steve Barriball, Citizens Advice Exeter Chief Executive finished by saying: “The award is an important part of how we remember Hazel. She played an important role in ensuring that our volunteering environment and the opportunities on offer were the best that they could be. To mark the achievements of Mike after more than 35 years service with Citizens Advice in Devon with an award in Hazel’s name is perfect. We still miss Hazel terribly. But by making this annual award it means that Hazel’s legacy with our Charity continues.”