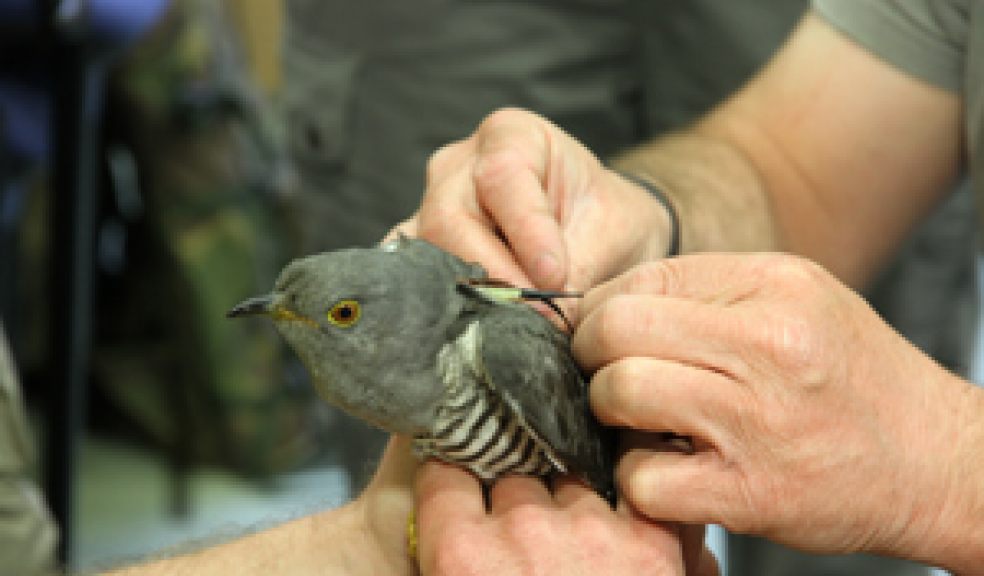 Dartmoor Cuckoos have reached the Congo rainforest ahead of schedule this year, at a time when they would normally be taking a break and recovering body condition during their long migration.

It seems the dry weather conditions may have encouraged them to head south weeks earlier than expected. The cuckoos have been fitted with satellite tags as part of a national project to monitor migration routes.

The project is being co-ordinated by the British Trust for Ornithology (BTO). Emsworthy was amongst the first UK Cuckoos to arrive in the Congo rainforest and has been joined by Whortle in recent days. Meanwhile, Meavy, the first cuckoo to arrive in Africa on 9 July, disappeared 10 days later having successfully completed his Saharan crossing.

This year Devon Birds, Dartmoor National Park and the University of Exeter teamed up as part of the 'Flight of the Cuckoo' project to create a live web map that has allowed the public to enter their Cuckoo sightings on a simple form. The records submitted, can be seen on the sightings map on the Devon Birds website.

George Harris, chairman of Devon Birds, said: "The interactive map that we put on our website for reporting Cuckoos proved to be a very popular citizen science project. We hope to use it again next year as the data gathered is being analysed by Exeter University to map their distribution and to choose sites here on Dartmoor for detailed study."

Sara Zonneveld, University of Exeter PhD candidate who is studying the breeding requirements of cuckoos and ground-nesting birds on Dartmoor said, 'Since the website went live on 7 April, 728 Cuckoo sightings were reported by 366 people during the season. The majority of the sightings were reported between 17 April and 6 June which aligns well with the migration times seen in the BTO satellite-tagged Cuckoos.

Chrissy Mason, DNPA Ecologist, said: "The response from the public and the ornithological community has been remarkable. Sightings have been typically around the moorland fringes, especially along valley sides and include Saddle Tor, Hayne Down, Headland Warren, the fringes of Burrator and Holne Moor.

"Whilst the records of sightings will not give an accurate picture of the number of Cuckoos on Dartmoor it does indicate some of the key areas used by the birds. Meanwhile the satellite tag data from the BTO national Cuckoo-Tracking project is starting to indicate key migration points for the birds to 'refuel' and areas of potential importance for wintering in Africa."

You can see the cuckoo sightings by visiting www.devonbirds.org/birdwatching/recording/cuckoos