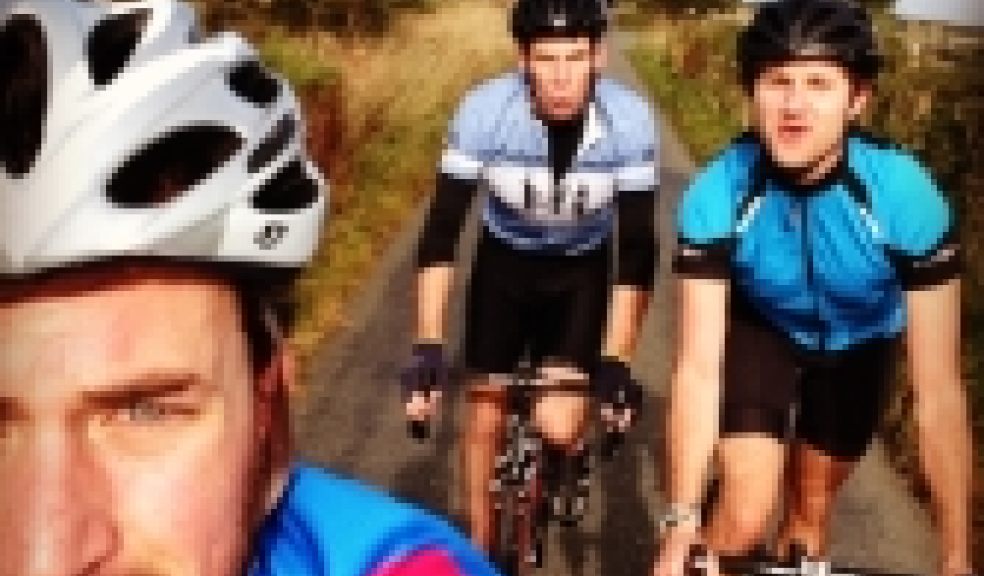 A group of friends who all went to Dawlish School and share a love of cycling set out today (Friday July 31) to ride from John O’Groats to Land’s End in just seven days.

Brothers Ross and Simon Szender, Euan Stronge, Ross Williams, Mike Smith and Sam Partridge will cover more than 900 miles from the tip of mainland Scotland to the most westerly point in Cornwall.

They’re doing it to raise money for FORCE Cancer Charity and reached their initial target of £1,500 in sponsorship before they set out for Scotland.

In his job as an electrician for Scottish and Southern Electric, Simon has worked at the FORCE Cancer Support Centre in the grounds of the RD&E at Wonford.

“I’ve seen the amazing work the charity does to support people in Exeter and the surrounding area,” he said. “Cancer is something we can all relate to and it was important to us that we raise money for a local charity so FORCE was the obvious choice.”

Ross Szender, a 30-year-old teacher, has done the JOGLE before but plans to complete this challenge in four fewer days.

The group aims to cycle an average of 130 miles a day with stops scheduled at Drumnadrochit on the shores of Loch Ness, Dumbarton near Glasgow, Carlisle in Cumbria, Tarporley in Cheshire, Almondsbury just outside Bristol and Okehampton
before the final 107 mile leg to Land’s End next Thursday.

Their longest day will see them cover 146 miles with some challenging climbs on the edge of the Lake District.

“We’re all very keen cyclists and we’ve done events like The Nello ride for FORCE and the Dartmoor Classic so we know we can do 100 miles in a day but this will be a real test,” said Simon. “Riding as a group, hopefully there’ll always be someone to pull you through and we’ve allowed ourselves one cry each!”

His brother carried camping equipment on his previous trip but he and his partners will be travelling light this time – Euan’s parents Sue and Robert Stronge from Exminster are transporting all their gear between overnight stops.
Stronge (25), a project manager in the building trade, Williams (27), a team leader at the South West Ambulance Service call centre, Smith (28), who works at Kenton Vineyard, and Dawlish pig farmer Partridge (27) eventually hope to double their initial sponsorship target.

“We really appreciate anything people can spare - it should see us through in the darkest depths of the saddle sores!” said Simon Szender.