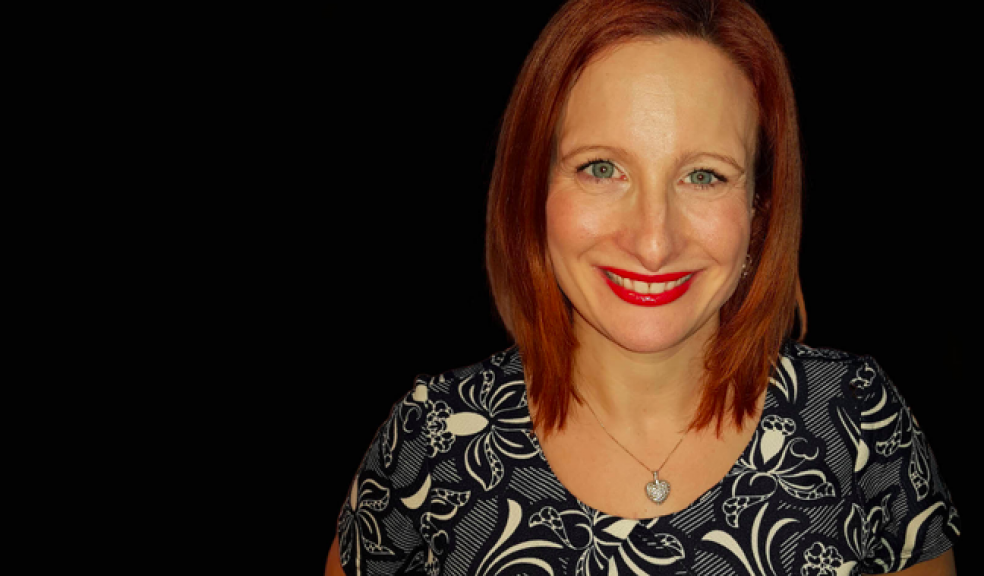 Lisette Johnston, the new Head of School at ScreenSpace is at the forefront of a new industrial revolution.

For her new role at ScreenSpace, (part of MetFilm School a specialist university based at Ealing Studios) involves a brand new degree which she hopes will be a game-changer.

The BA (Hons) in Content, Media and Film production is a collaboration between MetFilm School and the University of West London.

“What’s on offer is a course that is truly integrated with industry and academia – the sort of course that just doesn’t exist anywhere else,” she says. “It bridges the gap and because we are working with corporate partners, the likes of Twitter, Microsoft and others, our students will be working on live projects from day one.”

Lisette, aged 37 and originally from Perthshire, knows what she’s talking about. She studied Film and Media at Sterling University having spent two years working every spare minute at the Blairgowrie Advertiser. “It was wonderful and I had the best mentor – Dave Phillips,” she recalls.

When the time came to decide which university and what course an open day at the University of Stirling (where they were offering a degree in Film and Media) proved pivotal.

“I sat in a lecture theatre with about 100 other teenagers and they showed the trailer for a new film not yet released – Trainspotting.

“A light bulb switched on – this was a course where I could research gender representation, national identity, women’s role in the media – all these things that were really important to me,” she says. “I applied.”

“In Scotland it’s normal for degrees to be four years, so in my third year I needed to get work experience, the university had great industry contacts and I was able to get six weeks work experience with Kirsty Wark’s (BBC Newsnight) production company.

“I learnt about pre-production and worked on a children’s educational programme. I got a real sense of what work would be like. It was incredibly valuable because those six weeks helped cement in my mind that I had made the right choice and what I wanted to do.”

In Lisette’s last year of university she joined the student newspaper as part of the politics team. It wasn’t long before she had a front page splash – an interview with John Reid MP, the then Secretary of State for Northern Ireland. She believes it helped her acceptance onto a master’s course at the Scottish Centre of Journalism – where she studied media law, production and shorthand.

After graduating, she got a job with the Press Association (PA) – and loved it.

“I literally bounced into the office everyday – I was doing all sorts. I reported on the military, the Royals – I was out and about nearly every day, I used to average around 500 miles a week.”

But after eight years she took a gamble and accepted a six month contract at the BBC. It turned into eight years.

Part of that time involved working on the BBC News Channel . “It was a massive baptism of fire, 24 hour news – you are constantly busy. It was SUPER busy.”

Even so she found the time to become qualified as a teacher! Why? “To be part of the big beast of the BBC was a dream come true, the work flow was immense there was never a dull day, but I also wanted to teach.”

In 2011 Lisette moved to BBC World News. It was a slower pace but very different and increased her understanding of, and interest in global affairs.

It was during this time she completed a PhD. Completing her doctorate, while also teaching proved a strange life, producing content about the bombing in Homs say, by day, while teaching at university, giving students feedback on their work, at night.

But it has led to her belief that professors who have had experience in industry are ‘increasingly important’.

“These days, most students need to be work-ready and capable. They have paid a lot of money for their degree and when they graduate they need to be able to do the job,” she explains.

“The skills needed in the media industry are changing and developing fast, there are time constraints and huge technological advances - keeping up requires knowledge, competency and skill.

“Our students will be creating content for TV, digital, websites and mobile. The social space is changing really quickly and our students will be able to adapt, they will have the skills to future-proof themselves, because none of us know what’s coming next.

“This BA offers an opportunity for students from all walks of life to get into a really exciting industry. I subscribe to the belief everyone should have access to learning and this should not be linked to your ability to pay. Success should be down to hard work and a little bit of luck.

“Not everyone is going to be the next Stanley Kubrick, or the next Zoella but we will be preparing our students for jobs that don’t exist yet, they will be able to navigate a rapidly changing media landscape and they will be able to carve out a successful career for themselves. Our students will have a business plan and most importantly they will learn how to tell a story.

“This is the triangulation of the creative industries, collective intelligence and a degree that is going to deliver graduates with highly employable skills.