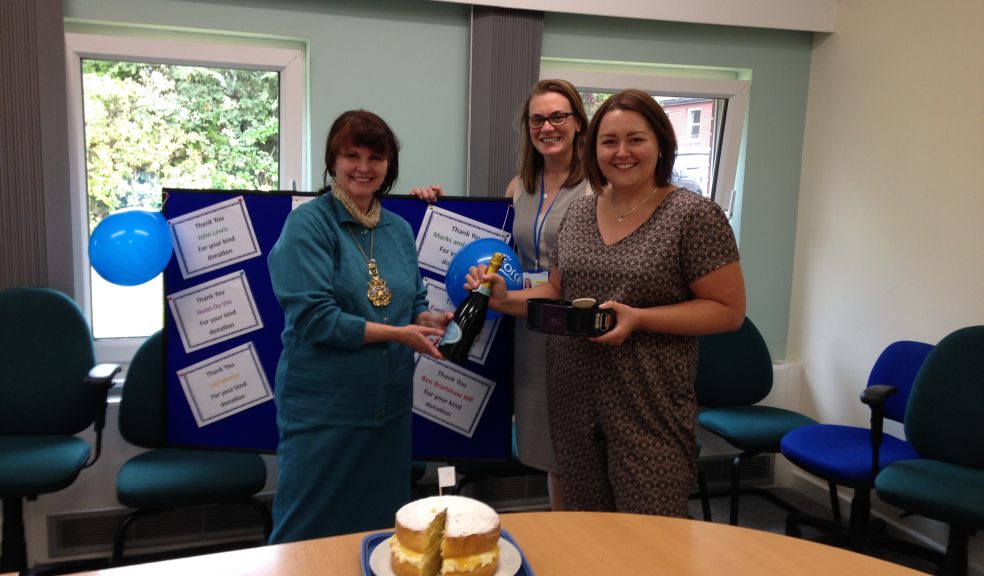 Budding Mary Berrys baked a variety of cakes to raise money, such as lemon drizzles, chocolate cakes and fruit cakes.

The Lord Mayor of Exeter, Cynthia Thompson, attended and judged the bake-off, along with Zoe Harris, NDHT priority services manager.

Zoe said: “It was great that so many colleagues took part in the event and came together for such a worthy cause. It really was fun to judge, and I have to say that the cakes tasted absolutely delicious.”
Other cakes and savouries were made and sold to staff throughout the day.

A raffle also took place with various prizes donated including tickets to the races, champagne afternoon tea, House of Commons wine, and other various goodies.

Sharon McAtackney, community business manager for Northern Devon Healthcare NHS Trust, said: “We would like to thank Exeter Racecourse, Hotel du Vin, Sainsbury’s, Marks and Spencer’s, John Lewis and Ben Bradshaw for donating such lovely prizes, and I would also like to thank our colleagues for being so generous on the day”.