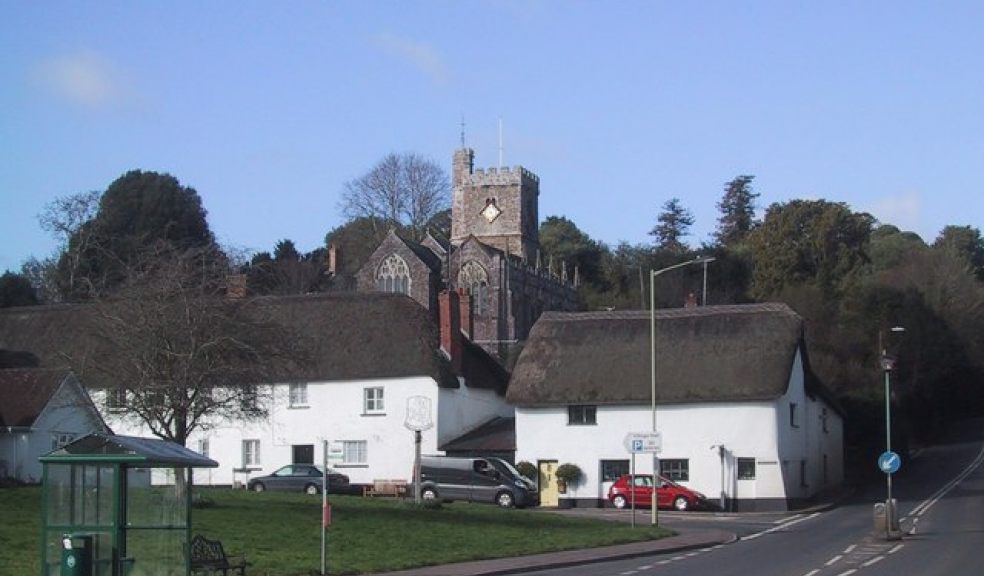 A Devon community project has won this year’s Prince of Wales Award for its work in tackling isolation, loneliness and ill health in rural communities.

The Community Support Group, based in the village of Newton St Cyres near Crediton and sees volunteers offered assistance to local people as part of the Neighbourhood Health Watch Scheme.

The project, part of the Neighbourhood Health Watch Scheme, is the first community health project to win the accolade which is normally awarded to local services or the environment.

Lady Arran, one of the judges, said: “It was inspirational to visit Newton St Cyres to hear about their excellent and very community- based project, Neighbourhood Health Watch. It really makes one realise what wonderful work members of this voluntary group are doing to help their neighbours and are contributing to making their village such a special place to live.”

The project is co-ordinated by Simon Lovell, landlord of the local pub, The Crown and Sceptre. “The support from the community has been absolutely tremendous,” he said.

“It has generated a new sense of self-confidence in the village.  It has brought neighbours together, revealed all sorts of new skills and attributes and given real meaning to the words ‘community spirit’.”

Mr Lovell said that some of the £1,000 prize money will go towards the purchase and siting of a defibrillator for the village, and the training of local volunteers to use it, with the balance being used to developed other local services, including possibly a village transport service, to ensure that the village is no longer cut off from some vital services in the way it was this winter by the closure of the A377 by a landslip.

The initiative is part of a wider scheme promoted and developed by community worker, Jane Clarke, who nominated the Newton St Cyres group for the award.

“I have just been bowled over by the amazing work the volunteers have been doing in the village, and the difference it has made to the health, well-being and resilience of the people living there,” she said.

“Village life in Devon may seem very attractive from the outside, but that impression can conceal genuine loneliness, isolation and depression.  By bringing local people together to provide mutual advice and support, they are building resilience, reducing health problems and making for a genuinely happier community.

“We have managed to set up a number of Neighbourhood Health Watch schemes in Devon, but this is undoubtedly the best and most inspiring.”

The aim of Neighbourhood Health Watch is to increase community resilience and reduce isolation and loneliness.  The idea came from a Devon based GP who could see that communities already do a lot to help one another, but that it would be good to support communities to enable them to do more.

There are currently eight neighbourhood health watch projects operating across Devon and they are managed in partnership by Westbank Community Health & Care and Devon Partnership NHS Trust.

The scheme is supported by the local GP and by Devon & Cornwall Police, with the local policing team working closely with the group.

Sergeant Dave McFadden, who leads the local police team, explained: “The timing and setting up of this valuable community service could not have been better.

“The Christmas and New Year period can be a difficult and challenging time for some people, especially those who are vulnerable or alone.

“The community Neighbourhood Health Watch scheme allows people to contact other residents in their time of need to help make their lives easier.

“It is a fantastic idea and, in many ways, goes back to the good old days of communities looking out for one another and working closely with the emergency services to support each other.”

Some examples of assistance offered to local people include: