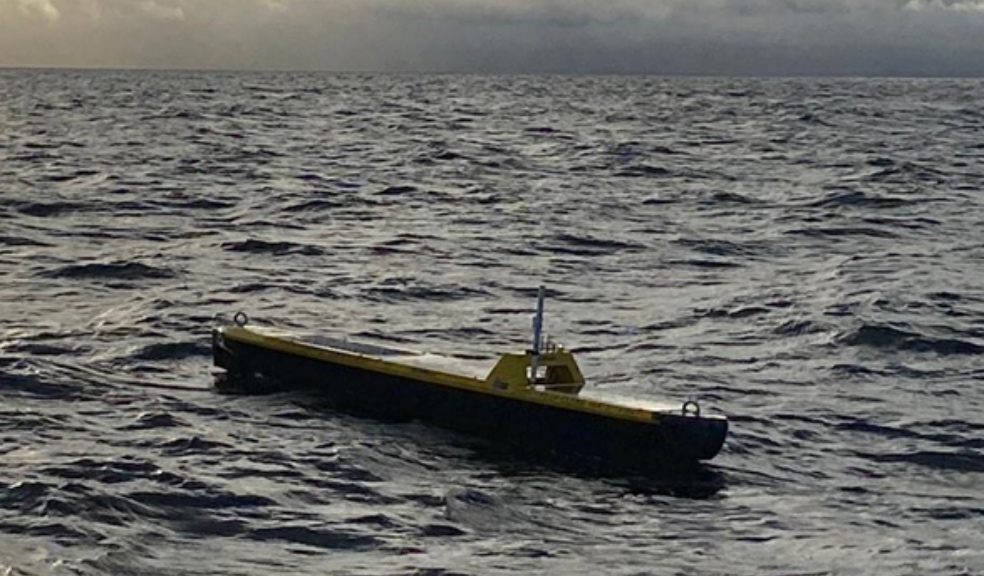 A 5m zero-carbon uncrewed boat will be welcomed to Penzance this weekend (Saturday 27th/ Sunday 28th November) after 16 weeks in the Atlantic, where it has spent time at the edge of the continental shelf gathering scientific data on surface currents that govern Europe’s weather.

“Such long endurance in that extreme environment proves the robustness of the AutoNaut wave-propulsion system,” said Harry Spedding, General Manager of AutoNaut Ltd.  “And it has been a great demonstration to our scientific and commercial stakeholders.  With near-silence, and no fuel required, AutoNaut offers a truly economic long endurance ocean going platform.”

Remote operators who have shared 24-hour watches, mostly from their homes in Devon and Cornwall, will gather to celebrate the return of the tiny vessel they have guided via satellite since it was launched August 4th from the Scottish Association for Marine Science (SAMS) at Oban in Scotland.

The AutoNaut made her way out to the Rockall Trough off the Hebrides carrying out precision transects over moored subsurface arrays of sensors to gather contemporary surface data.  Such surface currents data is vital to the scientific understanding of the sub-polar meridional overturning current which governs Europe’s weather.

Other data includes passive acoustic monitoring (PAM) to listen for whales and dolphins, and temperature and salinity of the water.  The AutoNaut also gathered wave data from close to two Met Office buoys moored deep offshore.

“Eventually this should provide Met Offices with a zero-carbon option for gathering important weather forecasting data, without the need for ships and people at sea,” said Harry Spedding.

From the Rockall Trough the AutoNaut made her way south crossing the edge of the continental shelf numerous times some two hundred miles off western Ireland, to return south of the Isles of Scilly to Penzance.

The unique wave-propulsion concept was developed in the South West. Innovate UK has funded further work to make the AutoNaut capable of operating in the most extreme environments, such as the Southern Ocean and Arctic, eventually in winter.  Significant work has gone into anti-icing technology and hardening the vessel itself.

This proving trial is a stage in achieving the project’s goal.   It is partnered by SAMS and involved a wide range of international oceanology institutions including the Irish Marine Institute, the UK Met Office, and National Oceanography Centre.

Data from the operation will now be downloaded from the vessel and made freely available to partners for analysis.