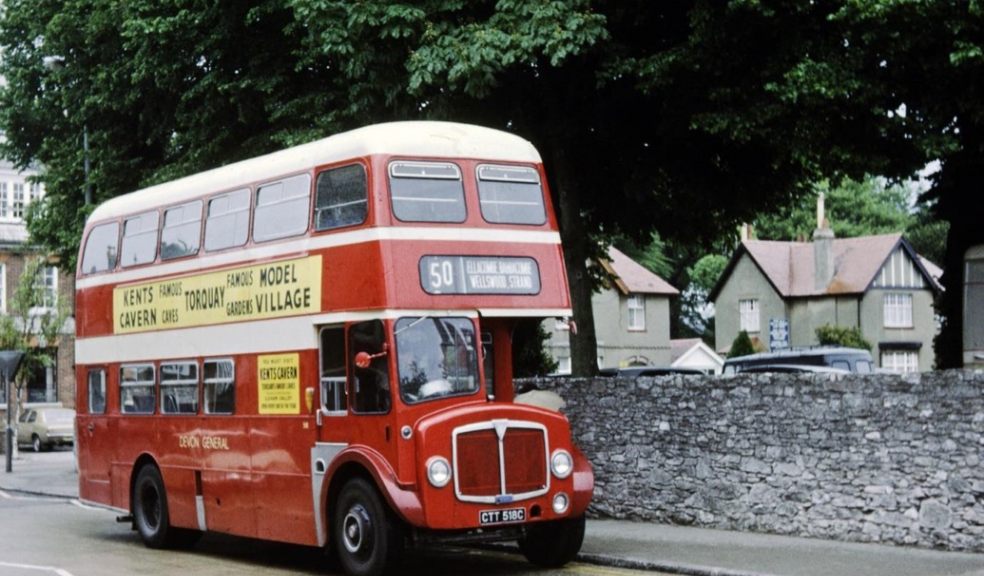 The Devon General Society and Stagecoach South West are teaming up to commemorate 100 years of bus travel in the region.

The Devon General Omnibus and Touring Company started bus operations in South and East Devon in 1919, with the first route between Exeter and Torquay still going strong today.  To commerate a century of bus travel, and celebrate this landmark anniversary, the Devon General Society and Stagecoach are delivering a programme of exciting local events.

Paul Jenkins of the Devon General Society, said: ‘’The Devon General was formed in 1919 before the age of mass car ownership. From the beginning, the colourful red and white buses afforded many locals and holiday-makers the opportunity to explore the South Devon area and they were loved and appreciated by a great many people.”

The first event is a reunion for Devon General, Bayline, Exeter City and Stagecoach South West former staff and families. Taking place in Torquay, on 21st April (Easter Sunday) the event will start at 2pm at Asda, Newton Road, the former site of Devon General’s head office and largest depot, which was demolished in 1991.

There will be a display of Devon General memorabilia and, during the afternoon, preserved Devon General buses will provide a nostalgic tour of Torbay. Organisers hope to use the event as a chance to record the memories of staff. Free parking and light refreshments will also be available.

Bob Dennison, Managing Director of Stagecoach South West, says: “It will be fantastic to see the iconic Devon General buses being brought out of retirement to celebrate the company’s legacy, which is still very apparent in 2019.

“At the same time as commemorating 100 years of buses successfully serving communities around the county, we are also excited about the future of bus travel, as it continues to be an ever popular option, for people looking for a more environmentally friendly, affordable mode of transport.”

Stagecoach South West will be launching a bus, decorated with a special commemorative livery in April, to celebrate the centenary. The bus will be used on various routes in the area and will also visit the Devon County Show on Thursday 16 to Saturday 18 May.