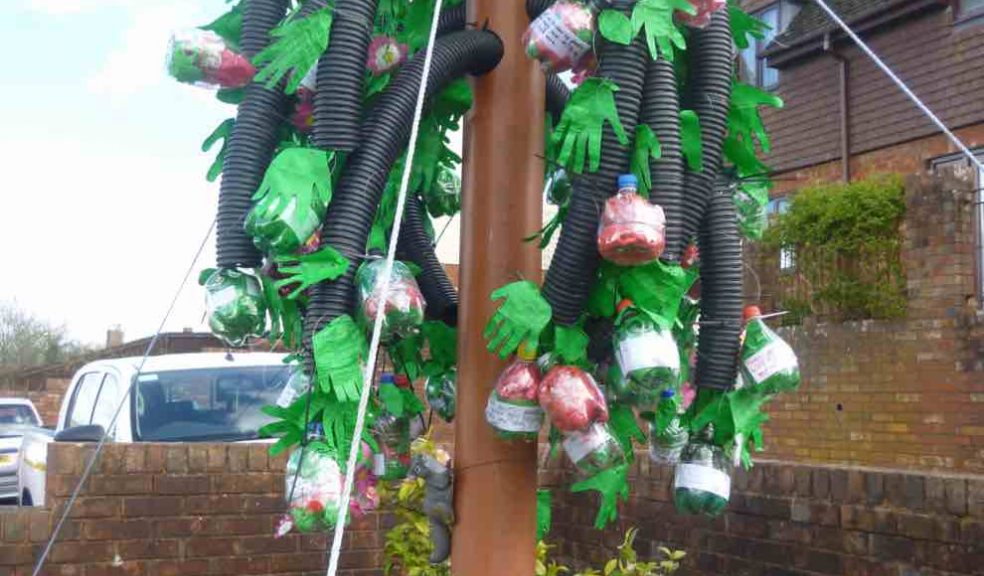 Primary school pupils from a Devon village have won the prestigious Prince of Wales award 2019, for their work tackling plastic pollution in the village.

The Award, which the Devon County Agricultural Association has run for the past 34 years, is open to Devon-based community projects with entries encouraged from all areas of the community, from schools through to small farm diversification projects.  The emphasis, reflecting HRH the Prince of Wales’ personal beliefs, is on sustainability and young people.

Tedburn St Mary Primary took the title thanks to a multi-faceted project which not only helped to clear plastic from the village but also aimed to inspire other villagers and effect permanent change in their recycling and plastic-use habits.

Teacher Katie Skinner said: “The children’s objective was simple: to reduce Tedburn’s, and ultimately the world’s, use of plastic. After a litter pick around the village which produced six enormous bags of plastic waste, the children realised the extent of the problem and were really fired up to do something about it.”

Ms Skinner said the project included a number of activities and initiatives, including:

As well as lobbying villagers and the council for change the children got creative with all the plastic they collected and made a Tedburn Tree of Life. This tree, which was placed in the village for everyone to see, featured ‘apples’ made by the children from plastic they had collected, with each apple containing a fact about the plastic crisis. The tree will also be on display at the show as part of a recycled garden in the Craft & Garden Pavilion.

The children also have plans to maintain their activism with a campaign to reduce the plastic they bring to school in their lunch boxes. They’ve even asked school suppliers to source non-plastic packaging alternatives. All these activities will be monitored by the school’s eco-team, a pupil-led group which aims to keep up all the good work being done at the school.

The award, which is a cheque for £1000 to the school, will be presented by The Countess of Arran MBE DL.  The DCAA Chief Executive Mr Richard Maunder said: ‘As an organisation, we are committed to supporting all aspects of life in our county.   Community projects that educate and involve young people are essential for the sustainability and future of Devon.  We very much hope the inspirational efforts of Tedburn St Mary will encourage even more people to come forward with ideas with a strong community benefit.