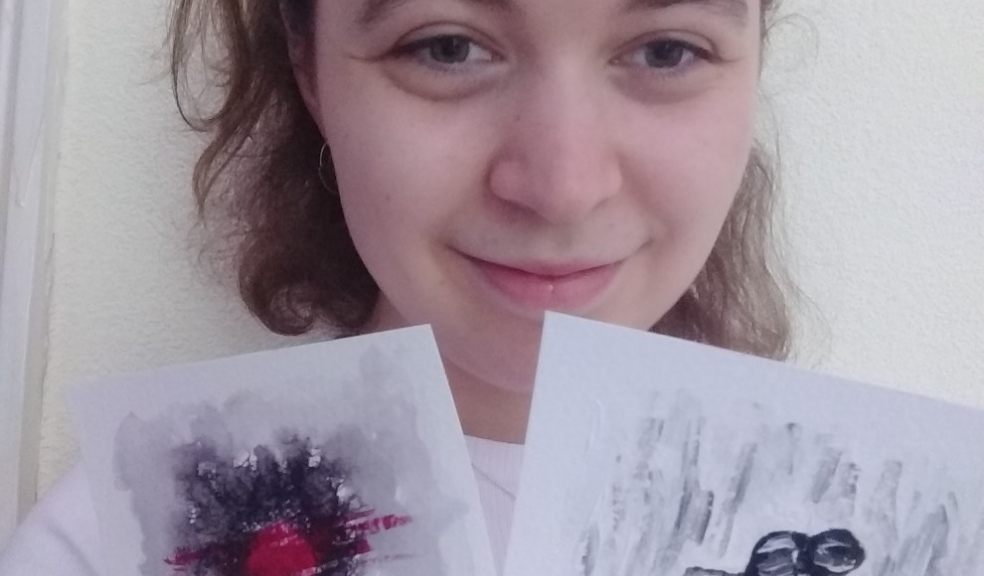 Megan Buchanan-Smith, a student at the University of Exeter, learned about the transatlantic slave trade during her History degree. She was shocked to realise that there are now more people in slavery than ever before. Megan decided to use her passion for art to raise money for anti-slavery organisation, International Justice Mission.

This Thursday 30th July is World Day Against Trafficking in Persons – a day to raise awareness of human trafficking and increase action to end it.

Megan spent most of her History degree studying the transatlantic slave trade, including looking at how artists represented enslaved women during the 18th Century. When she realised that human trafficking for modern slavery has not ended and still affects us all - with many everyday products, from coffee to chocolate to clothing, still having slavery in their supply chains – she was determined to change her lifestyle. She started aiming to buy more ethically sourced goods.

While at university, Megan heard about the work of International Justice Mission (IJM), a non-profit organisation that works around the world in partnership with law enforcement to bring an end to human trafficking, modern slavery and other forms of exploitation against the most vulnerable people. IJM has helped to bring over 50,000 people out of slavery and violent exploitation. Megan became a supporter of IJM, but during lockdown wanted to challenge herself to do more.

She decided to produce 40 pieces of artwork for the 40 million people who have been trafficked into modern slavery. Whilst lockdown in the UK has brought challenges for all of us, it has had a significant impact on those who are already vulnerable to exploitation and abuse, for example increasing the likelihood of trafficking for those struggling. However, despite this, IJM has still been seeing amazing stories of freedom, for example in the last month 1200 women brought out of forced labour in a garment factory in South Asia.

Megan said: “When lockdown began, I wanted to find a way to continue to support IJM. The 40 for 40 Challenge presented an opportunity to fundraise from home and to champion IJM through social media. I chose to make 40 pieces of artwork focusing on the theme of slavery and justice. Art can have a profound effect on people. I felt that art could convey the importance of tackling this issue as well as imagine a world where freedom and hope reign.”

David Westlake, CEO of IJM, said: “Many people think that the slave trade was abolished years ago, but many are unaware that there are people being trafficked into modern slavery every day. At IJM we are blown away by the dedication of people like Megan who are so committed to seeing slavery and trafficking ended. We could not do this work without them.”