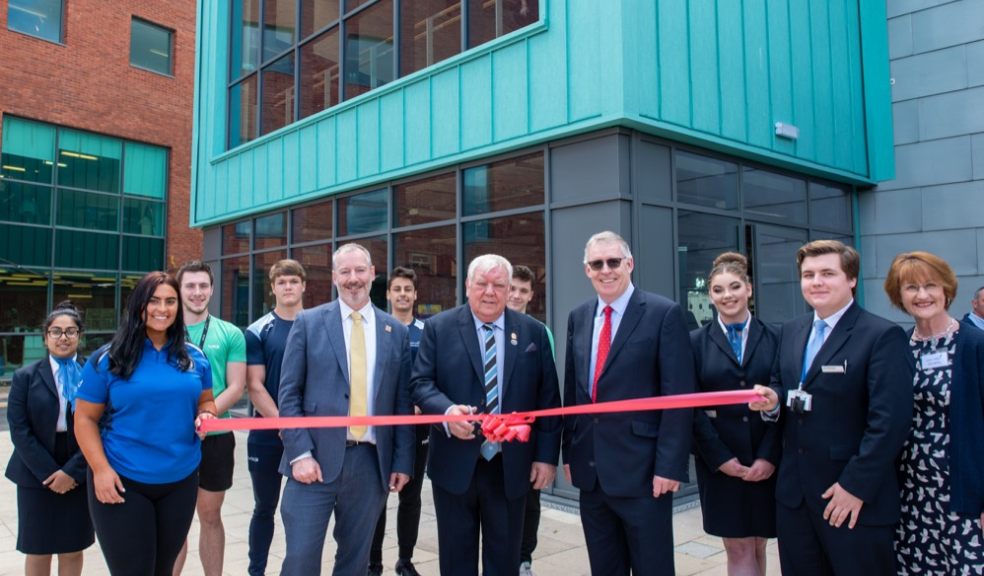 Exeter College has officially opened its new £2.4 million Gym and Dance Studio – a ‘world class’ space to inspire the next generation.

The new Gym and Dance studio was officially opened by Tony Rowe OBE, Chief Executive and Chairman of Exeter Chiefs, the driving force behind the Chiefs for over 20 years and instrumental in guiding the club from the National Leagues to that of Premiership champions.

More than 70 guests attended the official opening of the new extension, which took place on Tuesday, May 21.

The opening ceremony featured performances from current dance students, speeches and tours of the new facilities.

John Laramy, Exeter College Principal and Chief Executive, said: “The opening marks the first phase of a £70 million investment in our estate, that will, over time, transform the learning environment for students, staff and the community.

“I would like to thank Tony Rowe OBE, CEO and Chairman of the Exeter Chiefs for officially opening the building, which represents an investment in partnership working, the promotion of physical activity and supporting cultural pursuits.”

Tony Rowe OBE, added: “I have been able to see at first-hand the investment and development work which is being carried out at Exeter College. Such work, we know, is already having a huge impact on not only the students, but staff alike, and it’s helping to put the College and Exeter at the forefront of education not just here in the city and Devon, but much further afield.

“Like everyone here, I’m excited to see what results the new facility will bring. Not only will it help to inspire so many people, but at the same time it will add to what are already outstanding facilities within the College.

“I am both delighted and honoured to have been asked to carry out this opening of what is a fantastic facility.”

The new Gym and Dance Studio has been designed by Exeter-based Grainge Architects, while Devon Contractors was appointed as the main contractor by Exeter College.

The new Gym and Dance Studio is an extension to the college’s £5.9 million Sports Hall in Victoria Yard, opened in 2015.

Exeter College recently revealed its masterplan to invest £70 million into education – to meet the ambitions of the city of Exeter and the wider region. The masterplan builds on the college’s multi-million investment in outstanding education facilities across the city in recent years.

Other recent developments have included a new £3 million Advanced Engineering Centre, supported by the LEP, and a new 3G pitch for community use, both officially opened in 2018.

Meanwhile, a multi-million pound bid to transform digital, engineering and manufacturing technology education throughout the South West was recently successful. The Exeter element of the bid will help part fund Exeter College’s plans for a new £10 million Digital and Data Hub, set to commence towards the end of 2019.