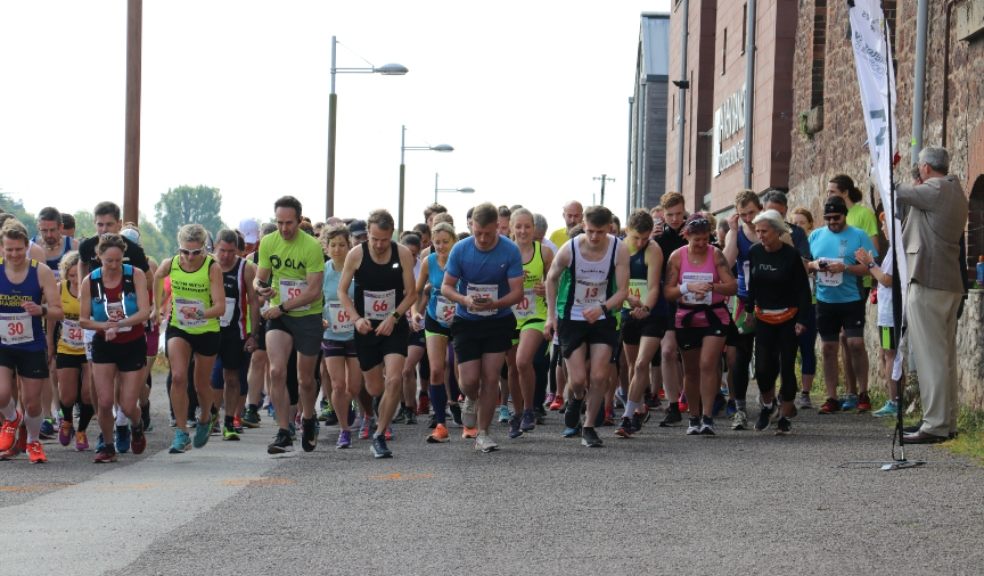 A fantastic programme of running events – from fun runs to marathons - has been launched by Exeter’s leading health and wellbeing charity, CITY Community Trust.

The events will take place between autumn 2019 and summer 2020 - and there’s something for everyone, from professional runners, to those putting on their trainers for the first time.

The season will kick off in spooky style with two community Halloween Runs in Exeter on Thursday, 24 October at Barton Fields, Exeter. This event features a family fun run lap of 3km around Barton Fields and the surrounding area and a new 800m Toddle event for pre-schoolers and their families.

A sea of Santas will descend on the city centre for the festive Santa Run to mark the start of the Christmas season. This event takes place on Sunday, 1 December, with a 5k race at 9am followed by a 2.5k family fun run at 9.45am.

Peter Ferlie from CITY Community Trust said: ‘We know that more people than ever want to get fitter and healthier and running is a great place to start. Our calendar begins with two really fun events, aimed at all levels and ages of runner as a fun way to get fit.’

February will see the first of the more serious events, with the Exeter Half Marathon weekend. CITY Community Trust is offering two dates, according to a participant’s expected completion time. The events will take place on Saturday, 8 February and Sunday, 9 February, with the former date aimed at those hoping to finish in less than two hours, and the latter for those likely to complete the run within three hours.

On Sunday, 22 March, 2020, the charity stages the 10 and 20 mile Granite Way run, taking participants along the well-trodden Dartmoor path of the same name. These two events usually sell out and are popular as training runs for people working towards a spring marathon, including the charity’s flagship Marathon, part of the Exeter Live Better Running Festival, on Sunday 17 May.

The Exeter Live Better Running Festival features a distinctive marathon distance which takes participants along the footpaths and cycle tracks of the River Exe and Exeter Canal and through Riverside Valley Park. As well as being a particularly beautiful route that showcases some of Exeter’s prettiest surroundings, it’s also flat, and perfect for anybody wanting to achieve a personal best time. The festival also features the culmination of the Children’s Challenge which sees hundreds of youngsters from local schools running a half marathon over a number of weeks, with the final leg completed on the day of the marathon. Entry for the children’s challenge is only available through participating schools.

Pete added: ‘This flat route is always very popular with those who want to achieve their fastest time, or perhaps those who have never taken part in a marathon before. It’s small in size and therefore not too overwhelming for those who might be new to running.’

The events are sponsored by Tozers Solicitors LLP and supported by Exeter Live Better with Ola Cabs as event partner for the Santa Run. CITY Community Trust also partners with other charities who benefit from the events, this year they are Julian House, Force Cancer Charity, Age UK Exeter, Exeter Leukaemia Fund and Children’s Hospice South West.

City Community Trust works in partnership with Exeter City Football Club and provides a huge range of activities and programmes across the Greater Exeter area focused on health, wellbeing, education and physical activity.

For more information or to sign up to an event visit www.exetercct.org