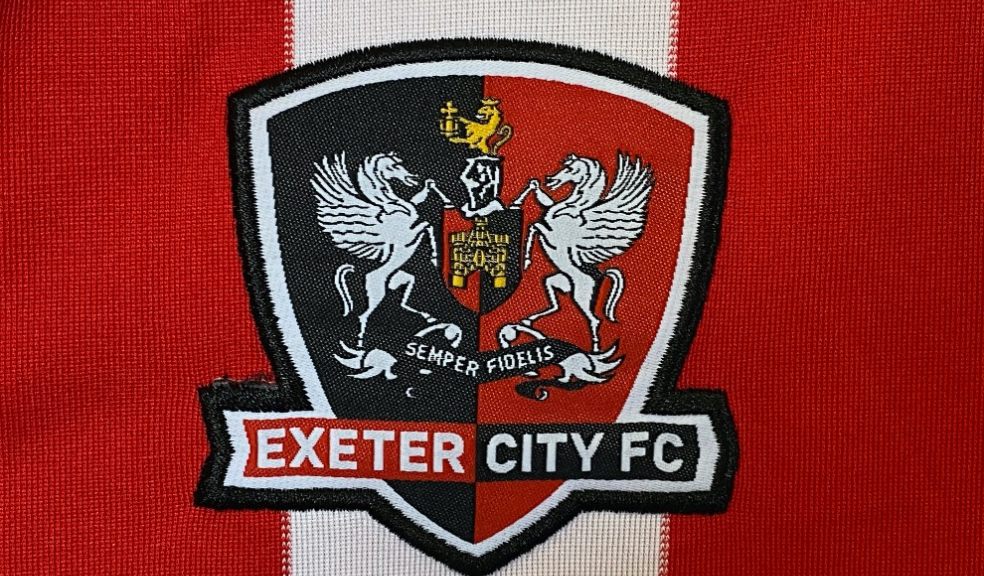 An open top bus parade and Civic Reception will be held next week to celebrate Exeter City’s promotion to League One.

The parade will begin in Exeter High Street from 6pm on Monday 9 May.

There could be a double celebration if the Grecians win their last home game on Saturday and are crowned League Two champions.

But whatever the result on Saturday, Exeter have already clinched promotion and will be celebrating in front of thousands of fans in the city centre on Monday.

High Street will be closed to traffic for the parade, which will start when two open top buses containing the players and staff from Exeter City enter the High Street just after 6pm.

Stewards from the club will escort the buses as they slowly travel along High Street towards Exeter’s historic Guildhall.

At around 6.20pm the coaches are expected to arrive at the historic Guildhall, where the players will be met by past Lord Mayor of Exeter Cllr Yolonda Henson, who will congratulate the club and address the crowds from one of the parade buses.

There will then be a Civic Reception hosted by the past Lord Mayor and invited guests inside the historic Guildhall.

At around 6.55pm some of the players and manager Matt Taylor are expected to appear on the balcony at the Guildhall for photographs and to greet the crowds gathered outside.

At around 7.15pm the players and staff will board the buses for departure.

All supporters are welcome but are asked to be aware of safety and not step out in front of the buses at any time.