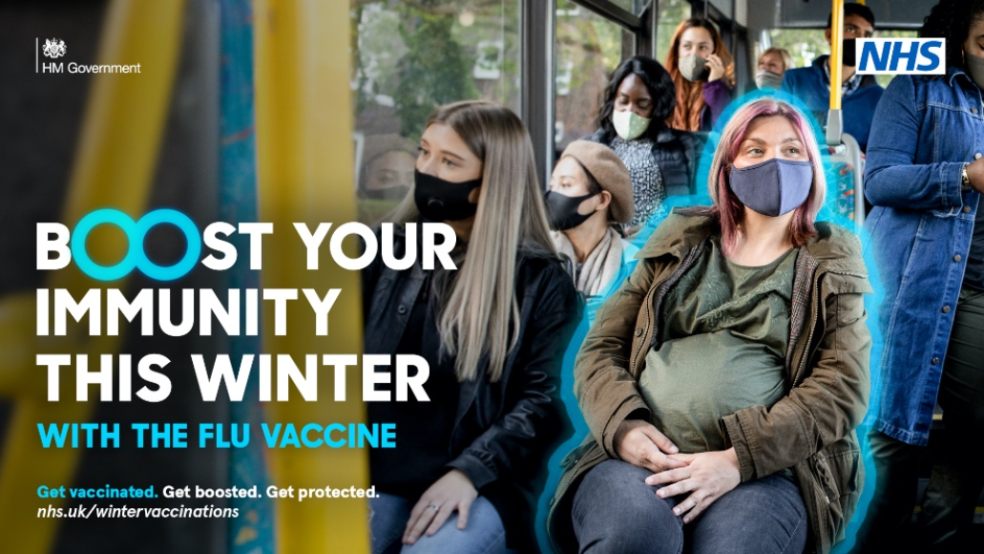 Pregnant women in Devon, Plymouth and Torbay are being urged to have the flu vaccine now to protect themselves and their unborn baby from the deadly illness.

The UK Health Security Agency has warned that there could be a significant flu surge this winter coinciding with continuing or rising COVID-19 cases.

Clara Southby, Interim Maternity Matron for Community and Outpatients, at University Hospitals Plymouth NHS Trust said: “Having flu when pregnant can put you and your baby at a greater risk of severe complications, so we would encourage anyone who is pregnant to have the seasonal flu vaccination as soon as possible.

“We’re likely to have lower immunity this year because of lockdowns during the flu season last winter. It’s more important than ever to have the vaccine to protect you and your baby. The best time to have the flu vaccine is in the autumn and it is safe to have at any stage in pregnancy.

“You can have the jab when you come to the Maternity Department for your scan or clinic appointment. Alternatively, you can book an appointment via your pharmacy or your GP.”

Any adult who is eligible can find a nearby pharmacy offering the NHS flu vaccine online.

NHS advice states that during pregnancy, a mother’s immune system is weakened, meaning they're less able to fight off infections, more likely to be admitted to hospital with flu and more at risk of complications such as pneumonia and bronchitis, particularly in the later stages of pregnancy.

Having flu while pregnant can cause a baby to be born prematurely or have a low birthweight and may even lead to stillbirth.

NHS Devon’s Deputy Chief Nurse Susan Masters said: “Pregnancy can be a worrying time for women and their partners. I know many women think very carefully about what they put into their bodies during pregnancy.  The seasonal flu vaccination isn’t live, which means it can’t give you flu. It’s safe both during pregnancy and if you are breastfeeding.

“Having the vaccine can also pass some protection on to your baby during the first few months of their life, before they have had time to build up any natural immunity.”

Some people experience mild symptoms such as a raised temperature and aching muscles as their body begins to build up immunity.