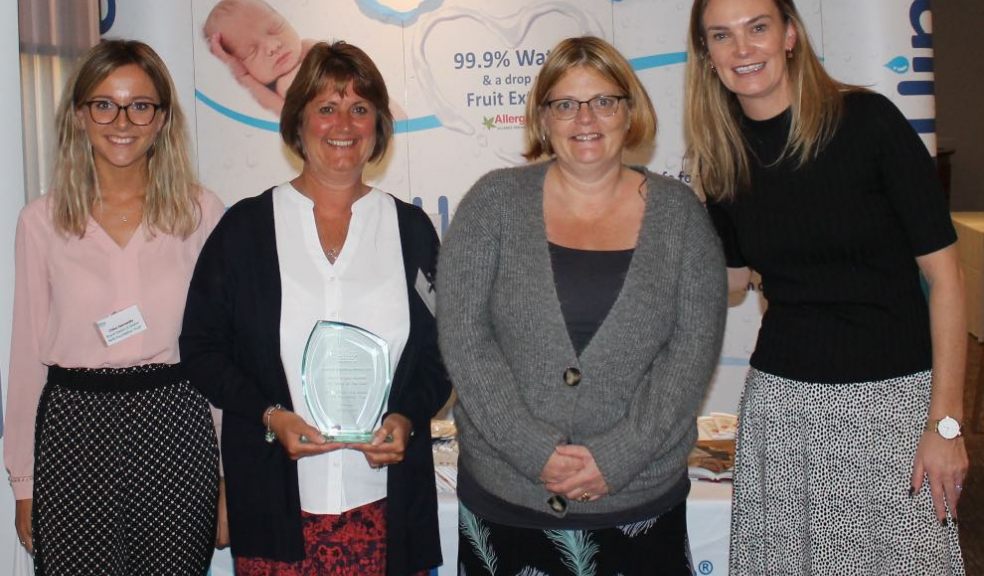 The neonatal unit at Royal Devon and Exeter Hospital has received the Water Wipes Team of the Year – Neonatal Excellence Award from Bliss, the UK’s leading charity for babies born premature or sick.

Over the last five years, the neonatal team at the Royal Devon and Exeter have driven forward family-centred care, engaging and seeking feedback from parents, allied health professionals and nursing and medical teams.

This has enabled the team to provide a service which suits the individual needs of neonatal families. Families are now welcome to stay next to their baby at all times by the availability of camp beds for every space.

Careful consideration has been given to the environment, introducing new lighting to enhance the calming effect on the unit, which has also served to greatly reduce noise levels. Parents reported that the visits of siblings, had caused parental anxiety in the past.

The unit now offers sibling craft groups and toys in the clinical areas which have helped considerably. Parents in Exeter are now empowered to provide care, administer medicine and present on the ward round.

Louise Rattenbury, Matron on the neonatal unit at the Royal Devon and Exeter Hospital, said: “We are really proud to receive this award and for the acknowledgement of all the hard work the whole team and families have put in to creating a truly family centred care approach. “

Justin Irwin, Chief Executive at Bliss said: “Our Neonatal Excellence Awards recognise and celebrate outstanding individuals, teams and projects that make a real difference to babies born premature or sick through delivering high quality care. All winners of the Neonatal Excellence Awards are signed up to the Bliss Baby Charter. More than 175 units across the country are using the Bliss Baby Charter to develop meaningful improvements to care that benefit babies and their families.

“We are tremendously pleased to present the Team of the Year Award to Royal Devon and Exeter Hospital in recognition of their excellent work. Their focus on family-centred care ensures that the babies on the unit receive the highest possible standard of care and that parents are involved with looking after their babies from the very beginning.”

Lynda Magee, Vice President of Commercial UK & Ireland at WaterWipes said: “WaterWipes is proud to take part in this year’s Bliss Neonatal Excellence Awards, helping celebrate the outstanding work individuals and teams have done in making a difference to babies born premature or sick. A huge congratulations to the Neonatal Team at the Royal Devon and Exeter Hospital on a thoroughly deserved win!

“It is so inspiring to see the entire team committed to ensuring that every baby that enters the neonatal unit receives the highest standard of care and that parents feel empowered to provide care for their little ones at what can be a very difficult time.”

The Bliss Neonatal Excellence Awards were held in Lincoln on 26 September. Earlier this year, the Royal Devon and Exeter Hospital became the first hospital in South West England to receive the Bliss Baby Charter Accreditation which awards neonatal units that deliver high quality care to babies and support for their families.