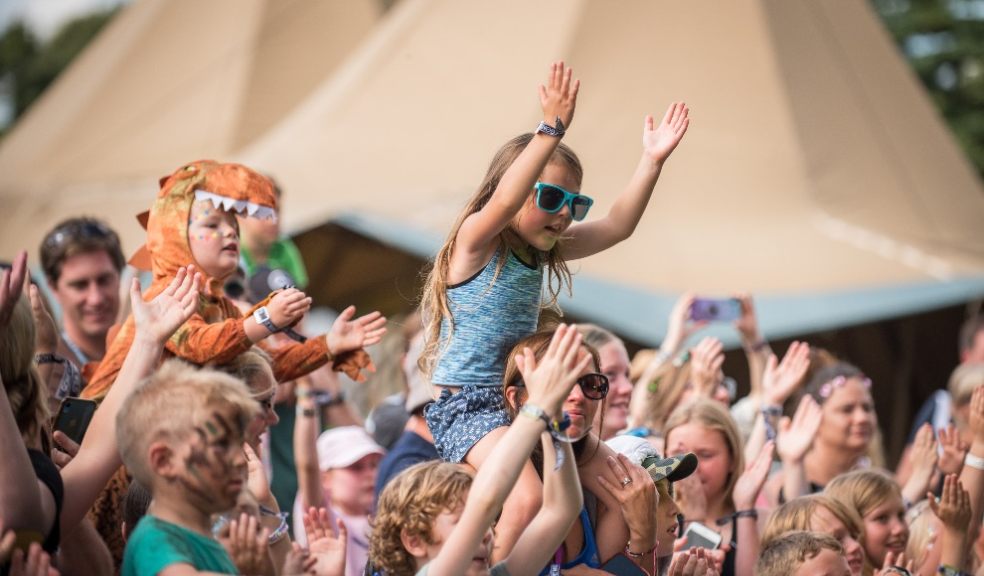 Families can let down their hair, don their shiniest trousers and rock out to The Darkness in Devon this Summer at Nature Valley Gone Wild Festival. The epic rock legends have been announced as headliners in the icon packed line up for the festival, alongside British singer songwriter Ella Eyre. Nature Valley Gone Wild Festival, created in collaboration with Bear Grylls, is set to take place at Powderham Castle in Devon this August with other headline music acts including The Script, Sophie Ellis-Bextor, Reef and returning crowd favourites The Ministry of Sound Orchestra.

The Darkness will take the atmosphere all the way to 11 with awesome riffs, soul shaking guitars and all the silliness you’d expect from the UK’s glammest rockers. Frontman Justin Hawkins and the band will be playing tracks from new album MotorHeart as well as putting on a sensational show playing hits such as I Believe In A Thing Called Love and One Way Ticket.

Also joining the lineup is Ella Eyre, known for her powerful vocals and chart topping hits such as Came Here For Love and Waiting All Night. With over 4.6million monthly listens on Spotify, three platinum selling singles, a BRIT award and two MOBO awards Ella is an unmissable artist who will fill the grounds of Powderham Castle with driving beats as the sun goes down.

Bear Grylls said:  “It was amazing to see so many families having fun all together at our Nature Valley Gone Wild Festival last year. I saw so many smiles on kids faces as they tried many of the epic adventure activities, and loved being part of the crowd as so many awesome bands rocked the festival. I’m very proud that we are doing it all again, and I’m honoured that explorers and adventurers that inspire so many have agreed to join us - I can’t wait to share who else we’ve also got lined up!”

The bank holiday weekend festival combines family adventure during the day with world class music at night. More details have now been released about the premium activities that will be available for festival goers to book during the weekend, including coasteering, climbing, zombie paintball, UV mini golf, stand up paddleboarding and a commando course.

Walk up activities will run throughout the weekend, including kayaking, tree climbing, yoga, science workshops, skateboarding and a junior jungle family rave, plus lots more! There will be something to entertain all ages, making this the most memorable weekend of the Summer.

As well as creating a fantastic experience for guests, the organisers of Nature Valley Gone Wild Festival are making sure the event does good behind the scenes too. The festival has been officially accredited as carbon neutral for 2022, achieving it’s sustainability aims.

Tickets are on sale now at https://tinyurl.com/2tbcx8j6