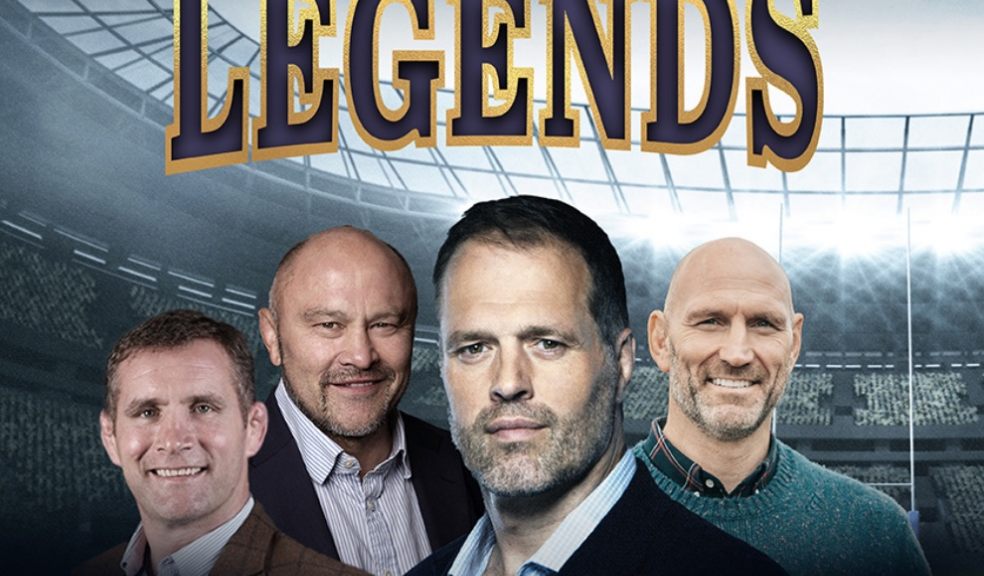 Join former England international and true giant of the game Martin Bayfield at Exeter Corn Exchange when he takes to the stage to entertain the audience with tales not just from his own varied career in and out of the game but joining him onstage will be World Cup winners Lawrence Dallaglio and Phil Vickery along with former Rugby World Player of the Year and regular TV presenter & Pundit Brian Moore.

Expect stories about international games, local teams and players, matches played on 6” of grass, mud in the winter and hard pan in the autumn and spring months.  Hear about riotous end of season tours, half cooked lasagne or chilli con carne after the game washed down with beer and the long, meandering journey home!

Martin says,“This is the game I want to celebrate. The game of my youth, the game that became my family, the game that took me around the world and opened the door to so many unexpected wonders.  If you’ve played the game, you’ll nod your head and chuckle. If Rugby is new to you, you’ll shake your head in disbelief. It shouldn’t work, but it does, and that’s why I love it so much.

Joining me on this journey down Amnesia Avenue will be some great names from the game. Players who have made their mark, but perhaps more importantly players who for me have added the colour and the chaos.”

Tickets for Exeter are on sale now via myticket.co.uk for £32.50 and VIP tickets including meet & greets and more are £95.

From the police beat to the Hollywood movie screen to a Five Nations Grand Slam and MasterChef final, Martin Bayfieldhas had a varied life!

Bedford 1975: a 5’4” 8-year-old Martin was finding himself useless at every sport he tried, describing his attempts at football as “woefully poor” and cricket “dangerously poor”, but swimming? “I was good at that. Slightly niche, but I’ll take it”!  It would all change when a coach threw an odd-shaped ball accompanied by the wise words, “Hey, shorty, you’ll like this game”.

47 years on and Martin’s passion for the ‘insanely bonkers’ game has not diminished; now a top commentator for the sport with a successful TV and film career alongside motivational speaking work, he still relishes his playing career during the early years of the game, when internationals ran out alongside the club stalwarts and legends rubbed shoulders with the well-meaning incompetent.

Lawrence Dallaglio OBE is an English retired rugby union player, former captain of England, and 2016 inductee of the World Rugby Hall of Fame. He played as a flanker or number eight for London Wasps and never played for another club, having arrived at Sudbury as a teenager. Playing in all three positions in the back row, he won 85 caps for England, and was part of the team that won the 2003 World Cup. He is one of a very small number of players to have won both the Rugby World Cup and Sevens World Cup. He went on three tours with the British & Irish Lions, winning three caps. He now regularly works as a pundit on television rugby coverage and on radio.

Philip Vickery MBE DL is a former English rugby union tighthead prop and member of the England squad. He was a member of England's World Cup winning squad in 2003, playing in all seven matches in the tournament, and is a former England captain. Vickery ended his club rugby career at London Wasps, joining the London side in 2006 after eleven years with Gloucester Rugby. Given the nickname "Raging Bull", he played in three Rugby World Cups, including as England captain in the 2007 tournament, and toured Australia and South Africa with the British & Irish Lions. On 28 October 2010, Vickery was forced to retire from rugby after suffering from several neck injuries. He played his last game at Kingsholm against Gloucester on 25 September, which is where he started his career. On 28 May 2012 Worcester Warriors announced that Vickery would join the Club as their new Assistant Forwards (Scrum) coach for the 2012-2013 season. He was a co-commentator for ITV's coverage of the 2011 Rugby World Cup and won the 2011 series of Celebrity MasterChef. He was appointed a Deputy Lieutenant of Gloucestershire in 2015.

Brian Moore is an English former rugby union player. He played as a hooker and is a rugby presenter and pundit for BBC Sport, Talksport and Love Sport Radio. Moore represented England, winning a total of 64 England caps. In 1991, he was voted Rugby World Player of the Year. He also qualified as a Rugby Football Union referee in 2010. Away from Rugby, Moore trained as a solicitor, and he was a partner in both Edward Lewis LLP, and later Memery Crystal LLP. Since retirement, Moore has had books published by Simon & Schuster, including an award-winning autobiography and now works in Media full-time. 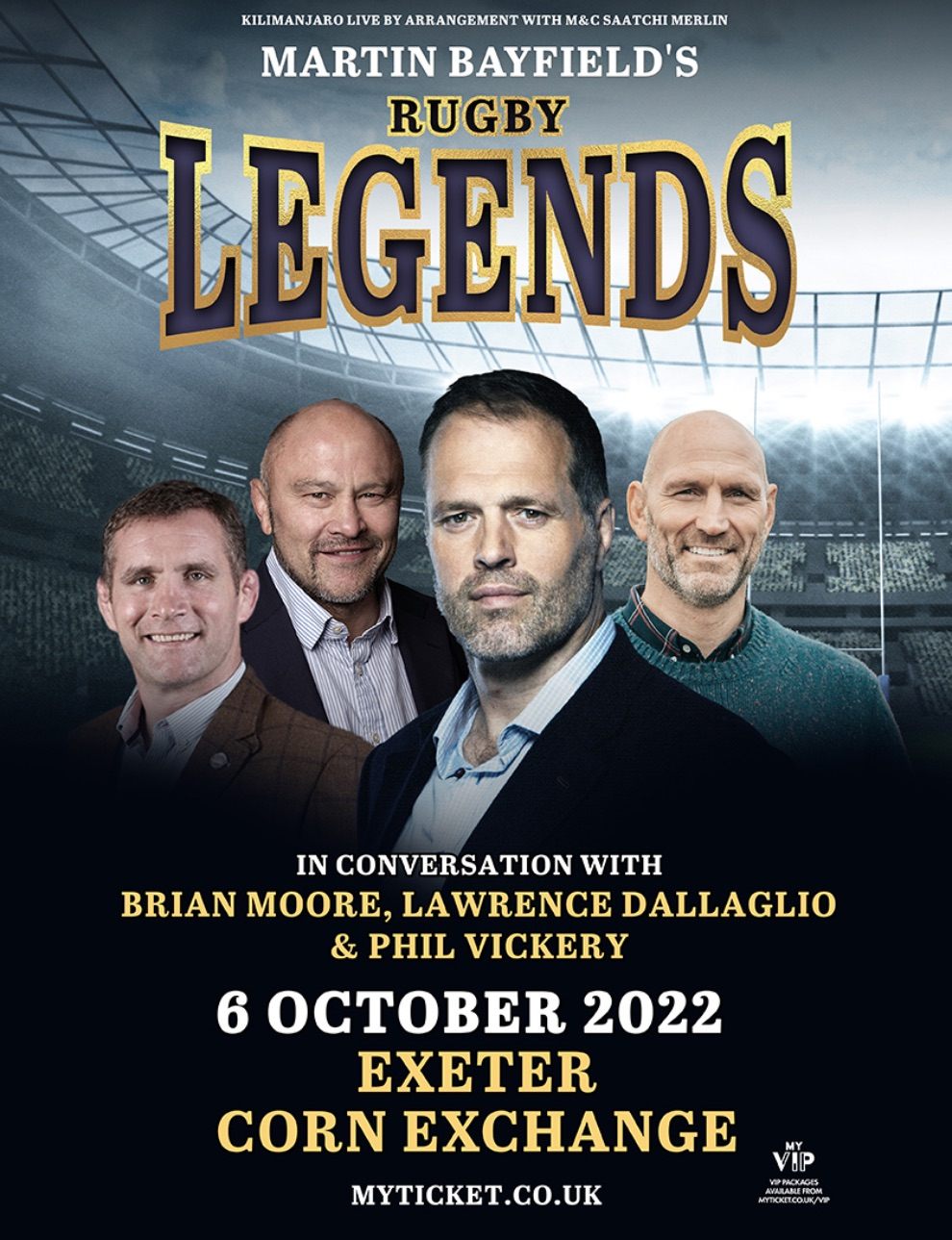