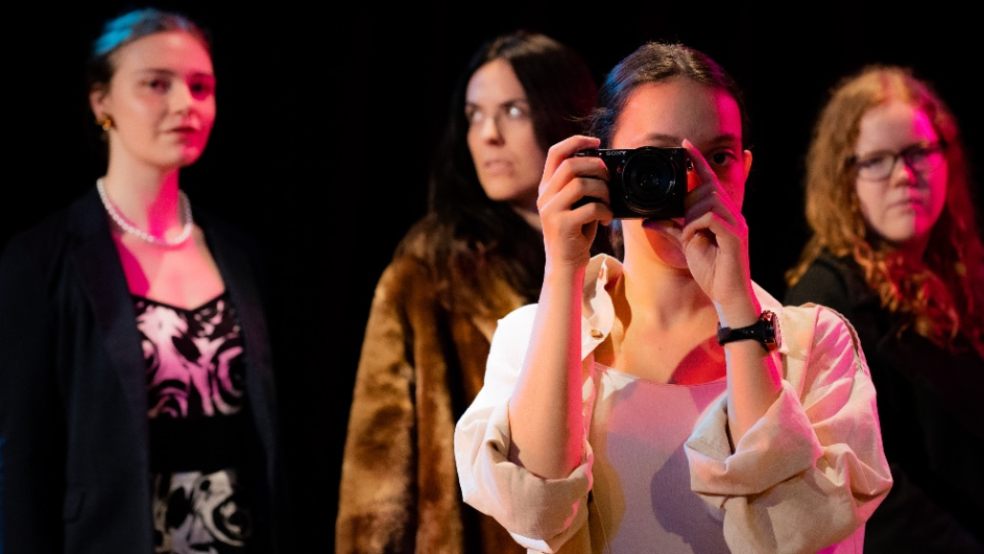 What if all this is Real? By Neil Bebber and Splendourby Abi Morgan.

What if all this is Real? Is the latest production by award-winning writer Neil Bebber, showing at the Cygnet Theatre, Exeter from Wednesday 23rd – Saturday 26th March as part of the city’s independent theatre’s 40th anniversary.

Neil Bebber has worked with venues including National Theatre Wales, Old Vic Tunnels, Almeida Theatre and Bread & Roses. He was also a writer in residence at Theatr Clwyd in 2015. Neil is currently working on several projects for stage, TV, and radio, including his recent BBC Radio 4 commission.

What if all this is Real? explores the outcome of a democracy in a world of over-indulgence, giving the audience a chance to reflect, just past the point of no return. As humankind lurches towards its inevitable demise, the concept of accelerating towards oblivion starts to gain traction. When given the vote, do we extend our existence, choosing consideration for the planet and its residents, or fast forward to the end in a flaming ball of hedonism?

Splendour is the second performance to feature at the Cygnet Theatre this March. Local director, Lucy Corley will be working the theatre to present Abi Morgan’s creative masterpiece. Lucy Corley is an early-career theatre maker based in the Southwest. Her work seeks to boldly voice untold or unconventional stories and explore intimacy and connection.

In 2021 she graduated with an MA in Theatre Directing at Royal Holloway University, where she trained with Katie Mitchell in her directing methodology. Plays directed while training included Meet Me at Dawn (Zinnie Harris), Lemons Lemons Lemons Lemons Lemons (Sam Steiner) and Far Away (Caryl Churchill).

Splendour; is set in the opulent drawing room of the Presidential Palace, Kathryn, a British photojournalist, awaits the return of the dictator. Outside, the city is seized by revolution and rebels have taken over. Kathryn is here to take the dictator’s portrait, but he is late…very late. She is forced to wait with Micheleine, the dictator’s wife, her best friend Genevieve, and her kleptomaniac interpreter. It soon becomes clear that Micheleine’s husband has fled the city, leaving his wife to the bloodthirsty rebels who are bombarding her with increasingly threatening phone calls. As they drink and talk, facades crumble and bloody secrets are revealed.

Tickets for both productions are available to purchase via https://www.wegottickets.com/CygnetTheatre.