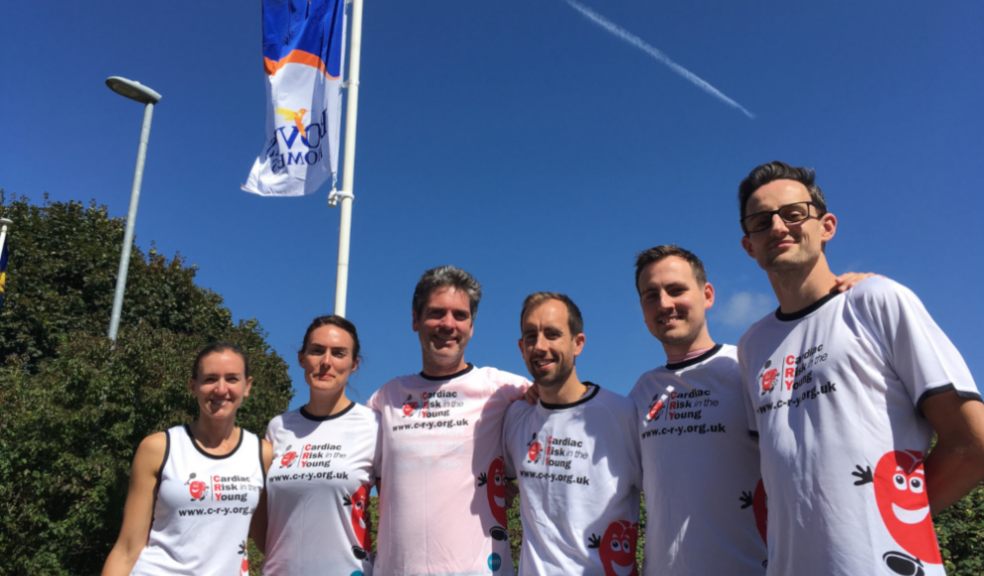 Colleagues at a national housebuilder will run the Cardiff Half Marathon in memory of 32-year-old Dean Fletcher, who tragically died last year after taking part in the event.

The husband and father - a management accountant at Bovis Homes’ South West region - passed away following a cardiac arrest after completing the course last October.

In his honour, eight Bovis Homes’ colleagues will be running the 2019 event to raise funds for CRY (Cardiac Risk in the Young), a charity that aims to reduce the risk of cardiac arrest in those aged under 35.

Described by friends as ‘an amazing husband and father, and an all-round good guy’, Dean is sorely missed at the company’s Exeter offices.

Andy Fraser, head of buying in Bovis Homes’ South West region, and a keen runner, said: “It is sure to be a very emotional day. While it is a tough physical challenge, I think when we all get to the start line, reality will set in, so this event is going to be mentally and emotionally challengingtoo. We want to honour our friend Dean in the best way we can.

“There is a strong sense of team spirit. While eight of us are running, other colleagues are volunteering at the event too, so they can be a part of this tribute to Dean.”

Andy added: “If we can be part of preventing other young people, like Dean, from suffering the implications of heart conditions, then we have to be. We want to do our colleague and good friend proud.”

While some of the team are from a running background, others are new to the sport. The group of eight are supporting each other every step of the way – even through injuries in the build-up 1 www.c-r-y.org.ukBovis Homes|Press release|Page2to the big event. They are participating in structured training plans, with the team committing to lunch-time runs together on a regular basis.

John Drewett, associate engineering director at Bovis Homes, who is also taking part, said: “Upon completing the Great West Run last year, I vowed I’d never sign up to a half marathon again. But the draw to show my respects to Dean and fundraise for CRY was too strong.”

Taking place on 6th October, the 13.1-mile route will take runners past the Welsh capital’s iconic landmarks, beginning at Cardiff Castle and concluding at the Civic Centre.

Other members of the Bovis Homes team include Tarryn Lowth, Darren Harris, Ruth Burrows, Rosen Petrov, Ryan Joint and James Phillips. If you would like to sponsor the team and support CRY in this fitting tribute to Dean, please visit: