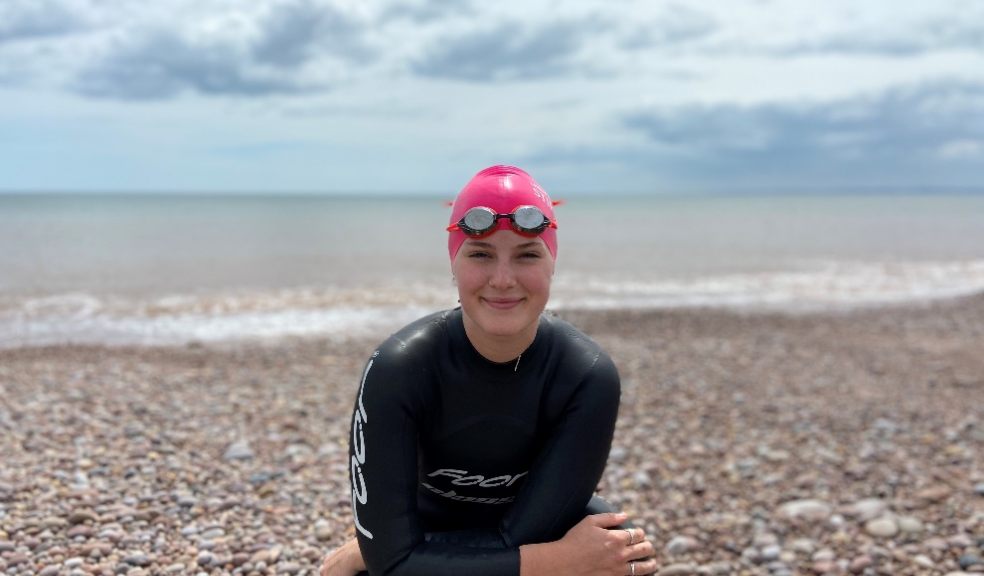 Driven by her passion to help save young lives, a university student from Exeter will attempt to complete one of the most gruelling feats of human endeavour when she swims the English Channel in aid of the Children’s Air Ambulance (TCAA).

Twenty-year-old Lily Collins-Board from Rockbeare will be one of seven swimmers who make up the Water Warriors team. The team will gather on the Dover shores this June and will be joined by a further four teams in the charity challenge to navigate the 22.5-mile stretch as a relay - in an effort to raise vital funds for the lifesaving service.

Despite the multiple lockdowns affecting training schedules, the University of Stirling maths and finance student looks forward to the challenge ahead for a cause she truly believes in – and she need the public’s support to help spur her on during these difficult times.

As a former Exeter City Swimming Club performance swimmer and distance specialist, Lily chose to take on this channel swim for the Children’s Air Ambulance due to her passion of challenging herself.

“After my first successful fundraising swim I have decided to take on a bigger challenge this June, and for a great cause too. I’m so excited to fundraise for Children’s Air Ambulance and help them continue to do all the amazing work they do,” says Lily.

“Training has been difficult due to the lack for pools available within Exeter, as well as the inconsistency with the pool opening times and the multiple lockdowns.

“Nevertheless, I’m really looking forward to the challenge as it’s for such a worthy cause, and I really appreciate everyone’s support and generosity so far as it spurs me on even more!” She adds.

Lily will become part of a worldwide “family” of people who have conquered the famed stretch of water, home to the world’s busiest shipping lanes, but more than that she will help to keep families together through supporting the critical work of the national Children’s Air Ambulance.

The Children’s Air Ambulance is a national service which is changing the face of paediatric and neonatal care through the high-speed transfer of critically ill babies and children - flying them from one hospital to another for specialist care.

Two clinically designed helicopters, based at Oxford and Doncaster, provide flying intensive care units and work with 10 NHS paediatric retrieval teams across the UK. If a child is too sick to fly, then the Children’s Air Ambulance can fly a specialist team directly to them.

All transfers of critically ill babies and children carry an inherent risk – the longer a child is out of the hospital, the greater that risk – but the aircraft’s ability to fly approximately four times faster than land ambulance minimises travel times and risk.

On behalf of TCAA Special Events team, Hannah Jack adds: “Lily’s love of open water swimming makes her a superb addition to the Water Warriors team, and we’re delighted to have her on board with us.

“The determination shown by her and all the teams to keep going with land training despite the lockdown restrictions has been admirable, and we can’t wait to see them all achieve the relay in June.

“We'd like to thank Lily for her hard work training and fundraising for the event so far. To show her support and to help keep her motivated whilst she can’t hold any fundraisers or train in the water, please visit her gofundme page - uk.gofundme.com/f/ye2ccg-english-channel-swim.”