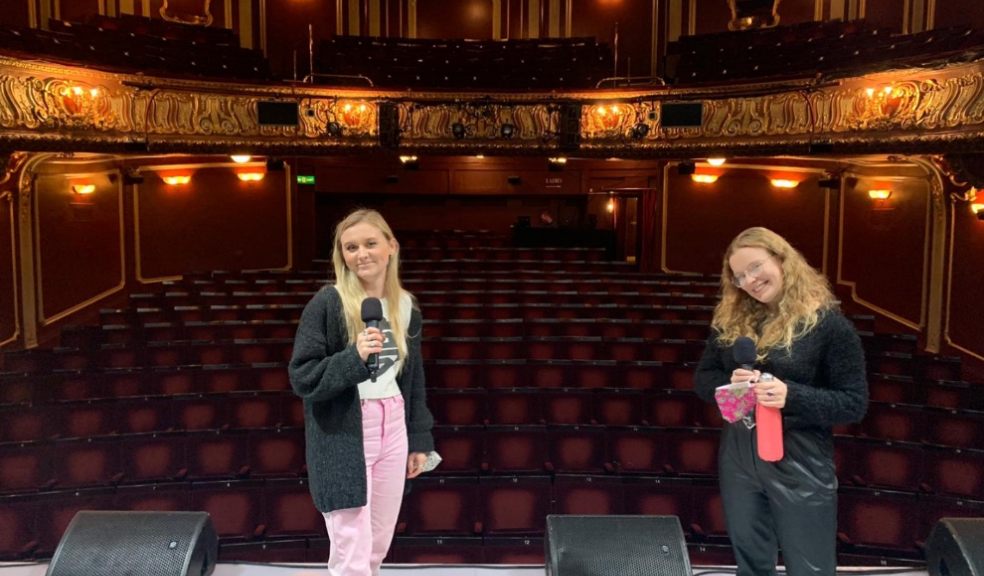 TWO actors whose parents died from cancer have decided to put on their walking boots and support Cancer Research UK’s latest fundraising campaign.

Josie Kemp and Lauren Soley, both 26, are supporting Walk All Over in March to support the charity’s life-saving research. The charity is encouraging people to get  sponsored to walk 10,000 steps every day.

The couple though are determined to walk 100 miles of the Jurassic Coast in March and go that extra to make a difference. Lauren and Josie have been together almost 4 years and met as actors in Les Misérables in The West End.

They moved back to Exeter from London following the death of Josie’s mum Pippa Stone last April.  Out of the blue she’d had a seizure, which they learned later had been caused by an aggressive brain tumour, and sadly she died just 18 days later.

Pippa, who was a teacher at Exeter College had just turned 60, she retired a week before her diagnosis and her husband, Andrew Kemp, had been planning to travel the world. It was a devastating shock for all who loved her. When Pippa was told she had weeks to live, her response was ‘it is what it is’, and her strength has carried her family through the months since and inspired them to live with the same courage that she radiated.

Her daughter, Josie, wanted to do something positive in her memory so she and her partner, Lauren are going to walk the Jurassic Coast to raise money for the charity close to both of their hearts: Cancer Research UK.  Lauren and Josie explained: “To be able to raise vital funds for research and to support this incredible charity, which has been struggling through the pandemic, would be truly heartening to us both.”

Lauren's dad Glynn also sadly lost his life to a brain tumour 14 years ago. He was aged 42.

The route for their challenge is from Exmouth in Devon to Swanage in Dorset, and they will don their walking boots from the 13th to the 19th of March 2021.

However, their trek will only go ahead if lockdown restrictions are lifted before then.

They understand how tough a time this is to encourage charitable donations, but Cancer Research UK has experienced a huge drop in funding during this time and their work has been slowed down by the impact of Covid-19. ‘

Josie who attended St Peter’s School and went on to Exeter College, said: “It would mean so much to us to be able to contribute to what this great organisation does. Any donation, big or small, or even a share of this page, will help. Please spread the word to help us go above and beyond our fundraising target.”

Josie’s mum would have been 61 on March 21st and Lauren’s dad 57 on March 4th, so this month holds a lot of emotional weight for them both. And so they want to stomp 100 miles, whatever the weather, each step sparing a thought for those who have been affected by this awful illness.

“Let’s raise as much as we possibly can and fight back against cancer. Make the blisters worth it! Your support would mean the world,” Lauren added.

Please support their challenge with whatever you can via their Just Giving page:https://www.justgiving.com/fundraising/jurassic-coast-challenge-fundraiser