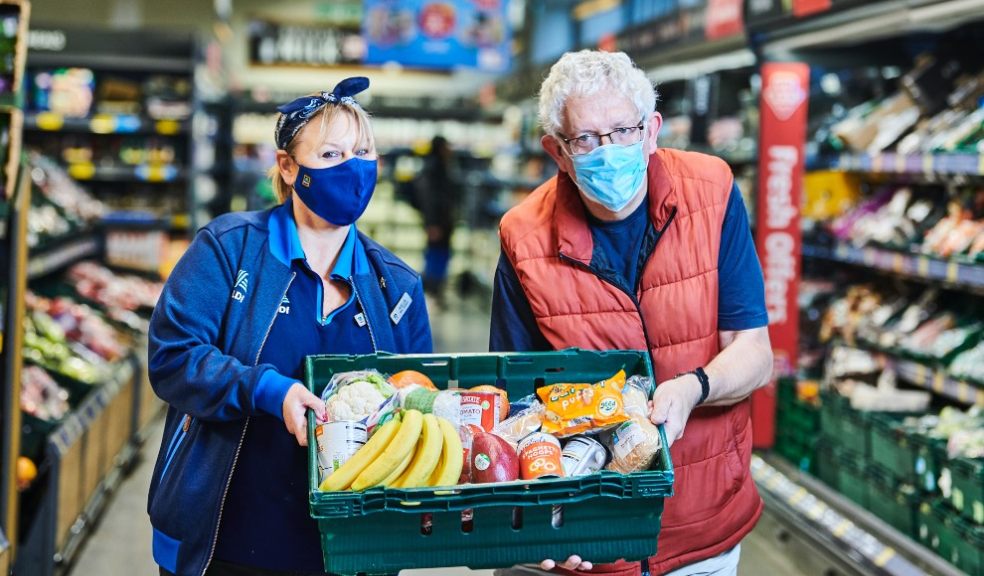 Aldi has supported local charities, community groups and food banks in Devon by donating 9,350 meals to people in need this Christmas.

The supermarket paired up its stores with local organisations to make the most of unsold fresh and chilled food after stores closed on both Christmas Eve and New Year’s Eve, as part of its pledge to donate 1.8 million meals to families experiencing food poverty during November and December.

Around 550,000 meals were donated nationwide and more than 700 UK causes benefitted from the initiative over the festive period.

The initiative is part of Aldi’s successful partnership with Neighbourly, a community giving platform that links businesses to charitable organisations. Thanks to this, all of Aldi’s over 950 UK stores now donate surplus food to good causes seven days a week, all year round.

This year’s Christmas donations have helped Aldi to meet its pledge to donate 10 million meals to families in need in 2021 through its partnership with Neighbourly.

Since beginning its partnership with Neighbourly in April 2019, Aldi has donated more than 20 million meals across the UK.

Mary Dunn, Managing Director of Corporate Responsibility at Aldi UK, said: “The festive season is always a hard time for people affected by food poverty, so we are incredibly proud to have supported so many amazing causes in Devon this Christmas.”

Steve Butterworth, from Neighbourly, added: “This Christmas was without a doubt one of the busiest on record for the UK’s charities and food banks. The sizeable donations from Aldi would have been a massive lifeline for so many of them.”

Aldi has been working with Neighbourly since early 2019. As part of the partnership, Aldi introduced community donation points in all stores last year, offering customers the opportunity to donate any food or household products to local causes all year round.