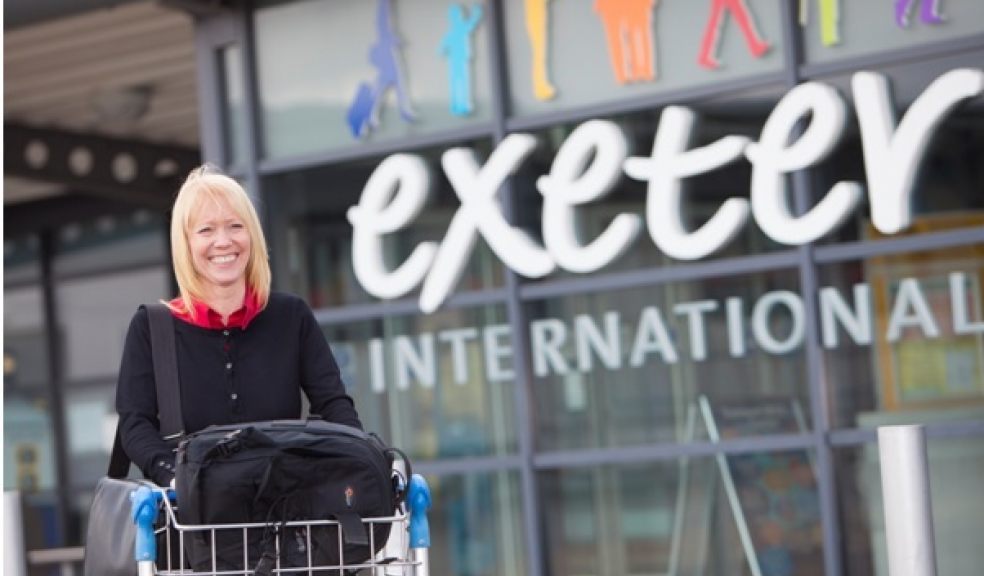 Exeter Airport can reflect on a busy summer of 2013 where passenger numbers from May until October exceeded expectations and were over forty thousand up on the same period in 2012.  The overall inbound and outbound passengers for the five months totalled 415,618, an increase of 11%.

Managing Director Matt Roach said: “New flights this year to Barcelona and Nice together with nine other scheduled international routes operated by Flybe, accounted for a 19% increase of that passenger traffic and were the main reason for the successful period. There has also been a growing awareness of the connectivity options to exotic worldwide destinations through Flybe’s successful hub at Manchester and this has seen a significant increase in passengers on the thrice daily Exeter to Manchester service.

“The outbound holiday charter flights were well supported and the inbound tourism market did well.  The Dusseldorf link was busy with German tourists and Austrian passengers on the series of 19 Niki flights this year topped three thousand which has been a good boost to the local economy.”

The South West however, provided the success story for the summer 2013 in terms of percentage increase.  With up to five flights per day on the Isles of Scilly route, 12,000 passengers provided a 450% increase on the figures for last year.

Mr Roach added: “We have been very pleased to play a part in maintaining the air links to the Isles of Scilly through our growing partnership with the Isles of Scilly Steamship Company and the expansion of their Skybus services out of Exeter.  The onward connectivity options available at Exeter, with Flybe via Manchester for example, has also allowed travellers from around the UK and further afield to have easy access to St Mary’s and other islands."

Exeter Airport’s charter holiday routes have also performed well with an 8% increase, and the new Tunisia flights have proved especially popular. However, challenges remain within the industry and whilst Sharm el Sheikh bookings were good over the summer, the political situation in Egypt has resulted in tour operator Thomson announcing that they will not be operating to the Red Sea resort this winter.

An extra weekly Lanzarote departure will operate from November to meet the demand for holiday flights over the winter whilst Flybe continue to operate a programme of up to four flights a week to winter sun destinations such as Malaga and Alicante.