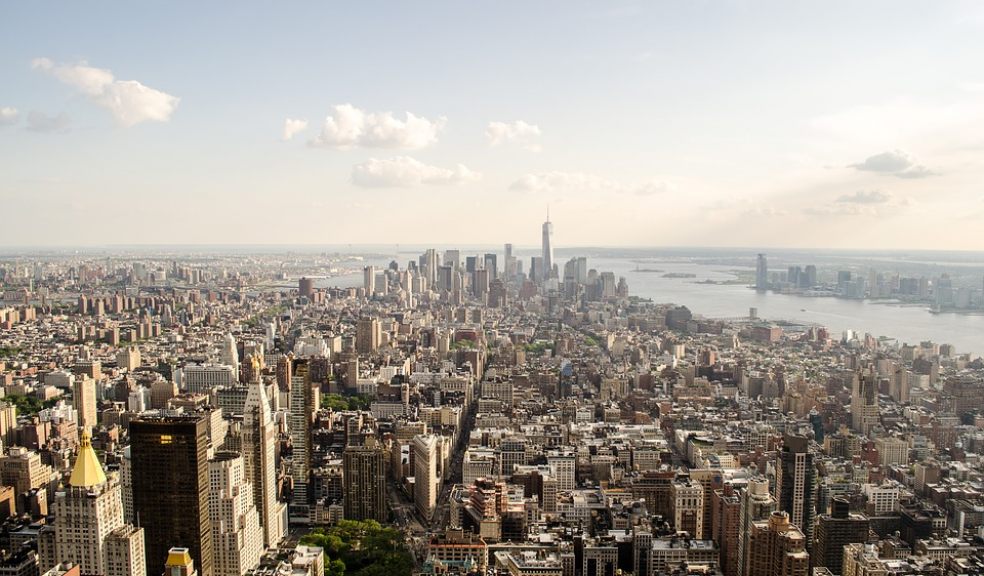 Short of flying to Lapland, there's no better way to go full-on festive than visiting New York in December. Endless shops with spectacular displays, enough edible treats to get you feeling Christmas Day-full, and a realistic chance of snow – December really is the best month to bite into the Big Apple.

But when’s the best time to book a December trip to New York? By looking at our internal booking data from the past three years, Netflights.com can reveal the best time to book your wintery break – including the cheapest flights, the best dates to travel for a chance of snow in December 2018, and when to time your trip for the best events.

The best time to book a December flight to New York

Overall, we've found the best time to book your air travel is around 277 days before you plan to depart. That means the key booking window was back in March. But there’s no need to panic. Prices remain relatively stable until 70 days before departure. So, if you haven’t booked already, your best bet is to book before October.

The cheapest day to fly in December

The most expensive time to fly is between the 27th and 31st December – probably because these convenient Twixmas dates give you enough time to travel post-Christmas and watch the ball drop over Times Square.

When to visit for a chance of snow
You might be crossing your fingers in the UK but, let’s face it, a white Christmas remains unlikely. If you really want to see that Christmas card image of a snow-covered city, then New York might be the answer.

Looking at the past 10 years of New York weather data, we found that there's been no snow recorded in the city from 1st to 9th December in the last decade. Your best chance of a wintery frolic through Central Park is actually after Christmas. Pre-Christmas, though, your best chance of snow is on 20th December, which has an average of 1.4 inches, and a record snowfall of 13.7 inches.

If you want both good-value flights and a chance of snow, the best day to fly is 15th December. The flight will set you back an average £455.91, but there’s a 30% chance of snowfall to get you in the festive spirit.

New York goes seriously big on Christmas. But, to see the city at its most festive, you might want to plan your trip to coincide with some of the city’s festive shows, parades and events. We've cherry-picked the must-dos to help you choose your dates.

All through the month you can see the famous Rockettes dance troupe at the Radio City Music Hall. You can also catch Gingerbread Lane at the New York Hall of Science – this exhibit is a whole village of amazing gingerbread houses and a must if you're a Bake Off fan. Need a Christmas market fix? Head to Union Square, in the too-cool Flatiron District.

The best gig in town this Christmas is undoubtedly Bruce Springsteen. He’ll be bringing his many hits and legendary stage persona to Broadway for a limited run, until the 15th of December.

From 19th December until 5th January, the Metropolitan Opera will be hosting one of the city's major family-friendly events. See an adapted English-language version of Mozart’s The Magic Flute – it’s aimed at both adults and kids.

And, for two days only, on 20th and 21st December, you can watch the ultimate holiday blockbuster, Home Alone, accompanied by the New York Philharmonic orchestra at the David Geffen Hall.

We know, we know – it's all about December, right? Well, you might have noticed that two of New York’s key Christmas events are missing from our round-up. The lighting of the Rockefeller Centre Christmas tree and the Macy's Thanksgiving Day Parade will be on 28th November this year. So, if you're desperate to see them, you'll need to think about booking your trip a little earlier. Then again, the tree will remain lit until 7th January, so you could equally think about a trip to cure those January blues.

“There is so much to do and enjoy in the city to get you in a festive mood, which means booking before October may be essential to get the best price. Be sure to check for any flash sales that may occur from now until December to get a great deal on your city break.”