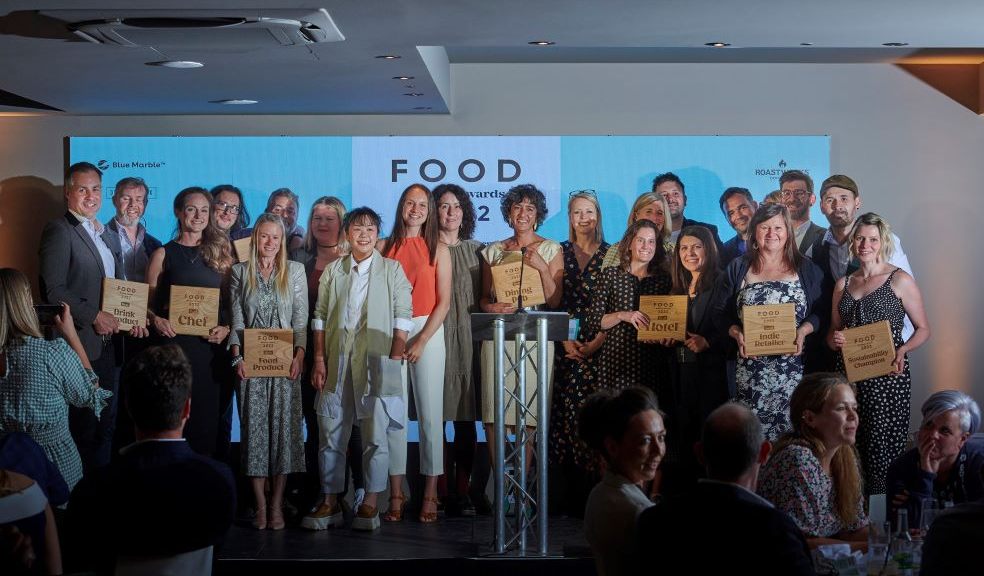 The Oscars of the South West food and drink world, the Food Reader Awards 2022, took place last night (Monday June 27) at Winslade Manor near Exeter.  It was hosted by Food Magazine, and the result of a record 100,000 nominations and votes cast across 13 award categories.

Other hospitality awards saw The Beckford Bottle Shop in Bath crowned Best Restaurant (sponsored By Total Produce), Electric Bakery in Bude, Cornwall the Best Cafe (sponsored by Roastworks) and Best Cocktail Bar (sponsored by RAW Food & Drink PR) presented to HydeAway in Frome, a prohibition-style cocktail bar which only opened in the summer of 2021.

Trewithen Dairy in Cornwall was crowned Sustainability Champion (sponsored by Blue Marble) in recognition of its regenerative farming initiatives.

Food Magazine editor, Kathryn Lewis, commented on the awards, saying: ‘For 19 years, Food Magazine has championed the South West’s best independent food and drink businesses. We launched the awards in 2012 to celebrate and acknowledge the very best restaurants, cafes, pubs, chefs, hotels, producers, retailers and cookery schools in the South West, so we were thrilled to receive 100,000 votes this year.’

‘The quality of entrants was extremely high and the awards ceremony was a who’s who of the movers and shakers of the South West’s food and drink scene. Huge congratulations goes to all of this year’s winners and finalists, and we'd like to thank all of the Food Magazine readers who took the time to cast their votes in the awards.’

At the prize-giving ceremony, Winslade Manor’s executive chef Matt Mason crafted a stunning four-course celebration dinner which was matched with wines from Ellis Wines and craft beers from Sharp’s Brewery.

For further information about the Food Reader Awards, including the categories, winners and finalists, please visit https://food-mag.co.uk/features/food-reader-awards-2022/.