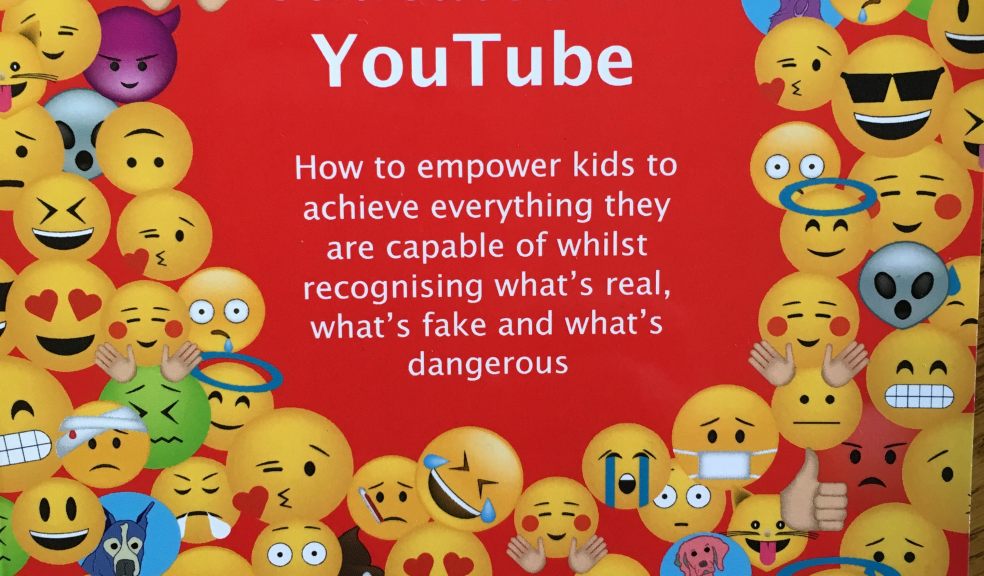 34 minutes to save your kids.

It's not surprising that many parents feel that family life has been almost completely replaced by social media. Children are not only immersed in the Internet - they actively use it to block out their parents. It seems that their online activities and communications have become more real and relevant to them than their own families, meaning they judge themselves not by their real-life achievements and relationships, but on how many ‘likes' they get on Facebook and how many followers on Instagram and Twitter. The personality they've created on social media is then reflected back at them, increasingly disconnected from the person their parents and siblings know.

Will Murray believes he's found the answer. He's invented a game designed to get families talking again, in a way that helps both parents and children understand their true personalities, developing more self-awareness and consequently appreciating their strengths and accepting their weaknesses - while having fun at the same time.

While the game, Packtypes, can be played by anyone interested in gaining insights into themselves and others, Will has also written an accompanying book, "Parented by Facebook, Educated on YouTube" specifically for families, exploring how parents can use the game and its revelations to help their children develop real (rather than virtual) self-confidence, make good decisions, find their true path in life and have authentic relationships based on honest communication and empathy.

So how does it work? Well, Will has drawn upon his long experience of working with people and relationship trouble-shooting to identify eight groupings of personality traits which are represented, in the game, by different dog related characters: Terrier, Retriever, Sheepdog, Mastiff, Pointer, Hound, Guard Dog and Coachdog. The game consists of 64 cards each describing a personal quality which falls into one of these types. Without knowing which attribute relates to which ‘Packtype', players select the 12 cards they feel best apply to the person they're ‘Packtyping'. Turning over the cards, they will find out which ‘character' each attribute is associated with, and whether their subject's personality is dominated by the traits of one particular ‘character type', or (as is the case for most people) a combination of any number of them.

The intriguing factor is that everyone can be ‘Packtyped' in a range of different ways according to their relationship with the person choosing the cards: parent, partner, employee, friend, etc. This means the players get an often surprising and enlightening insight into how they come across to others, and how there are big differences in the way the eight ‘characters' behave, learn, and communicate. As it says on the packaging: ‘Gets you talking. Makes you think.'

Once a Packtypes profile has been created, players can use Will's book to explore how the different ‘characters' interact, what motivates them, what situations they find difficult, and what they really mean by what they say.

Here are the main positive traits associated with each Packtype:

However, each of these character types has a flipside: the Guard Dog can be self-important and poor at listening to others; a Terrier may be resistant to new ideas; a Mastiff may be a bit of a show-off, a Retriever may be bad at coping with change. Hounds have a short attention span and are easily bored; Pointers lack spontaneity and hate admitting when they're in the wrong; Coachdogs can be stubborn and cope badly with conflict, and Sheepdogs can be controlling and lack imagination.

Understanding their children's Packtypes has been a Eureka moment for many parents, as they perhaps realise that their Hound daughter truly struggles to keep her bedroom tidy, unlike her Sheepdog brother to whom it comes naturally, but her Pointer trait makes her defensive when criticised, leading to arguments. It's equally enlightening when children Packtype their parents; the mum or dad who thinks spur-of-the-moment picnics and outings are fun and exciting may find that their Retriever child would much prefer to know about the event in advance, and help plan it.

Understanding your own Packtype and those of other people leads to better relationships between family members, more respect for one another and more effective communication. And of course it's not just for parents and children; Packtyping can be used by couples, workmates, friends and whole organisations, to great benefit.

One man's teenage children Packtyped him, and then asked if they could Packtype their ideal dad. This took him back a bit at first but he went along with it anyway. What followed has changed his life. Their ideal dad Packtype included several Coachdog Cards (caring, sensitivity and empathy) but when they had Packtyped him there were none. They explained they felt very loved but as a sporty family they were always on the go and had little time to stop and talk, and this was what they were missing. He said hearing this has changed his whole approach to being a dad. As a family they now regularly make time to stop and chat. He has learnt things about his children he never knew and feels closer to both of them. He feels they are happier and more secure and that they are now a closer family. The changes in him at home have also now been applied at work, to significant benefit.'

A woman told Will: "My dad is in his 80s and we've talked more in the last few weeks as a result of playing Packtypes than the rest of my life, and I'm not kidding. The nice thing is it is not revelation stuff, just things we've never ever talked about."

One strongly Retriever father Will spoke to said he used to constantly stress the importance of reliability, self-discipline and keeping promises to his kids whilst his wife (very Hound) always encouraged them to take the initiative and use their imagination. Not surprisingly, he said his kids were getting confused and it started to cause tension between him and his wife. After being introduced to Packtypes they began to better understand what was confusing the kids and why this was happening. He said that, interestingly he and his wife shared the same values but approached life from very different perspectives. He went on to say that not only is the family now happier, he and his wife are also closer.