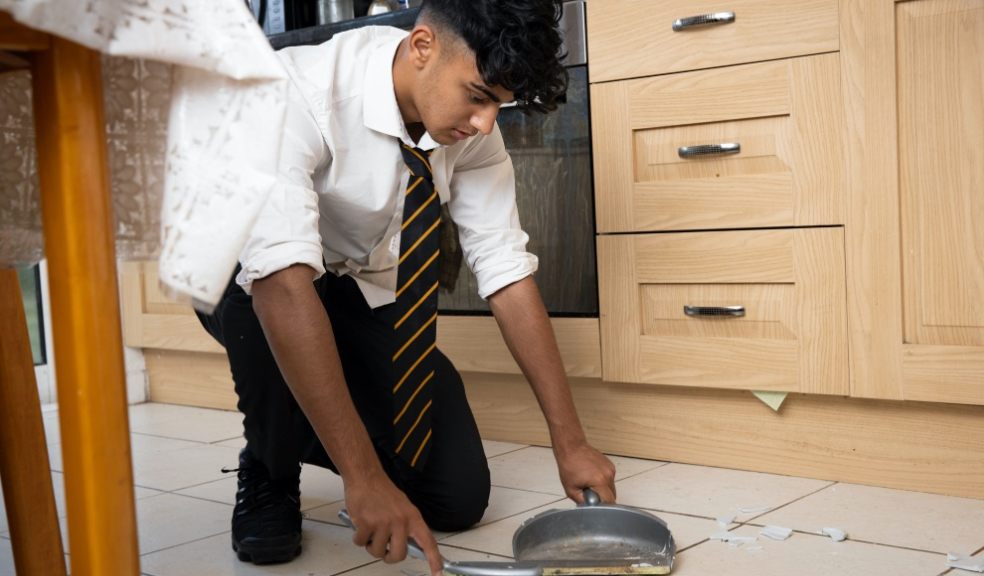 More than two thirds (69%) of adults in the South West believe it is now unacceptable for parents or carers to physically punish their child, the NSPCC can reveal.

Nationally, a YouGov poll of almost 3,000 over 18s, of which 364 respondents were in the South West, commissioned by the charity, showed 68% of respondents think physically disciplining a child, for example by smacking, is not acceptable.

On the day (March 21) the “reasonable chastisement” defence is abolished in Wales almost two thirds (64%) of the people who expressed an opinion said it is time to change the law in England to give children the same protection against assault as adults.

The survey showed 65% were in favour of a legal amendment to end the use physical punishment against a child, with 35% against. *

The poll also revealed a lack of clarity across England about what parents and carers currently can and cannot do when disciplining their children.

Almost two thirds (62%) in the South West thought it was illegal to physically punish a child, 20% did not know while only 18% knew that it is still legal.

Last year there were more than 500 counselling sessions delivered by Childline to children and young people about physical punishment.

Some young people said they had been physically punished for a while, but it had become more severe as they had got older. This left them feeling afraid of their parents or carers, and worried for their own safety:

“When I was younger and I misbehaved, my mum gave me a warning and put me on the naughty step. Then when I got to around 5-12 years old, it was a tap or a little smack. But now it can be a proper smack or there was one occasion where she pulled my hair and I fell to the floor and she continuously hit me. I don’t want to get mum in trouble, but I can’t carry on being afraid of her.” (Girl, aged 16, Childline)

The University College of London and an international team of experts recently analysed 20 years of research on the topic. Their conclusion was that physical punishment is ineffective and harmful and has no benefits for children and their families.

They showed it does not improve children's behaviour and instead increases behavioural difficulties, such as aggression and anti-social behaviour.

The research also revealed that children who are the recipients of physical punishment are at increased risk of being subjected to more severe levels of violence[1].

The Welsh Parliament passed the Children (Abolition of Defence of Reasonable Punishment) Wales Act, in 2020, with the change in the law coming into force today.

It means Wales has now joined Scotland and more than 60 other countries around the world in no longer tolerating any physical violence against children, in the same way they don’t for adults.

The NSPCC is now calling on the Government to follow suit in England and end the legal anomaly which currently allows parents and carers to use a defence of “reasonable punishment” after striking a child.

Sir Peter Wanless, CEO of the NSPCC, said: “Today is a landmark moment for children in Wales. They are some of the most vulnerable members of our society and deserve more, not less, protection from violence than adults.

“The NSPCC has long campaigned to remove this outdated defence and we are pleased that children in Wales, Scotland and Jersey now have equal protection from assault.

Dr Anja Heilmann (UCL Department of Epidemiology and Public Health) said: “Having reviewed 20 years of research on physical punishment, we can unequivocally say that the evidence is clear: physical punishment is harmful to children’s development and wellbeing.

“There is no evidence that it has any positive outcomes whatsoever. We also know that in countries where it is no longer legal, support for physical punishment has declined dramatically, and its use is much less common.

“The legislative change coming into force in Wales today sends a clear signal that physically hurting children is never acceptable. Children in England deserve the same - we hope that the law reforms in Scotland and Wales will be a catalyst for change happening there too.”

Lynn Perry, CEO of Barnardo’s, said: “Barnardo’s frontline workers say that eliminating physical punishment brings significant benefits to families and helps to create a safe and nurturing environment for children. The NSPCC’s new polling confirms that a majority of the public recognise this too.

“For all these reasons we support the call to make physical punishment of children illegal across the UK to ensure they have the same protection as those in Scotland and Wales.”