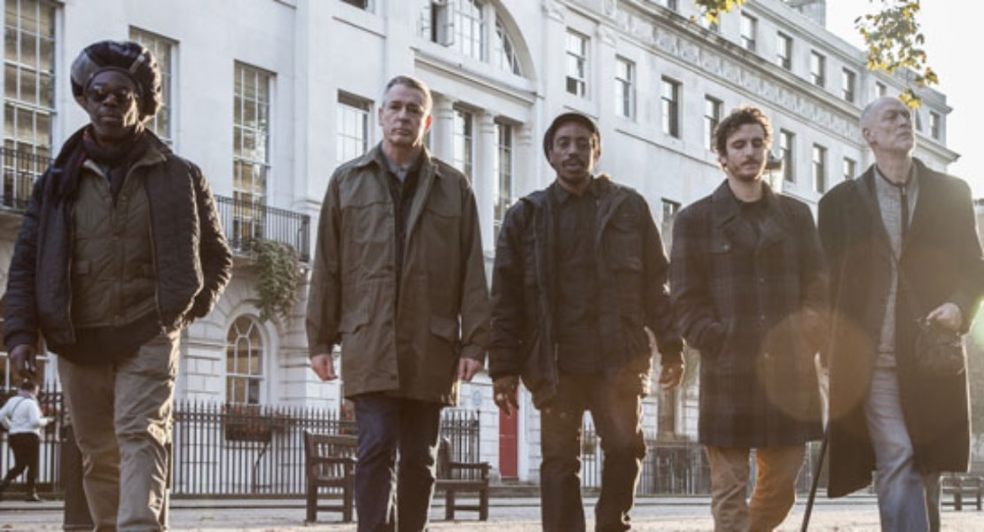 Your guide to What’s on in and around Exeter this weekend (15-17 March):

Ardal O’Hanlon: The Showing Off Must Go On

Ardal O’Hanlon continues to tour his acclaimed stand-up shows worldwide. Because he loves it. And it’s a compulsion. And the world is a funny place. In an age of raging populism, MeToo, identity politics, the end of truth, the collapsing middle ground, peak avocado and £15 Gin and Tonics, and terrified of being on the wrong side of history, and desperate to prove that his gender, race, age and class don’t necessarily define him, Ardal is forced to saddle his high horse again and ride fearlessly into the culture wars (with a white hankie in his pocket just in case), comedy as ever being the best emergency response mechanism to extreme events there is.  https://exeternorthcott.co.uk

Dare to experience the dangers and delights of Dinosaur World Live in this roarsome interactive show for all the family. Grab your compass and join our intrepid explorer across unchartered territories to discover a pre-historic world of astonishing (and remarkably life-like) dinosaurs. Meet a host of impressive creatures, including every child’s favourite flesh-eating giant, the Tyrannosaurus Rex, a Triceratops, Giraffatitan, Microraptor and Segnosaurus! https://exeternorthcott.co.uk/calendar/dinosaur-world-live/

An Evening of Mediumship with Terri Stromeyer

Join International Psychic Medium, Terri Stromeyer,  for an evening of spirit communication and reconnect with those that have passed over to spirit. Terri brings through the thoughts, memories and conversations of those who have passed over onto the other side. This not only gives great comfort to those receiving the messages, but can also inspire and empower them in their current and future lives. https://www.exetercornexchange.co.uk

Hits of Motown with Roy Hemmings

Understood as the longest serving former member of legendary group, The Drifters, Roy had worked alongside founder Johnny Moore for more than 20 years. He has entertained audiences around the world with his easy, relaxed style and fabulous voice in a career that spans four decades and includes appearances in several Royal Variety shows. https://www.ledleisure.co.uk/exmouth-pavilion

Bye Bye Baby takes you back in time on a musical journey through the career of Frankie Valli & The Four Seasons, whose songs graced such films as The Deer Hunter, Dirty Dancing and Grease.  The show containing 31 hits from the Four Seasons has been designed with the audience in mind, making sure you leave our show wanting more! https://www.barnfieldtheatre.org.uk/bye-bye-baby/

A world-famous chamber orchestra with a 70-year musical pedigree joins Exeter Philharmonic Choir for one night only for an unmissable performance of The Creation. The concert's retiring collection will raise funds for the Lord Mayor's chosen charity, SSAFA, the armed forces charity. https://www.ticketsource.co.uk/exeterphilchoir

One of the most energetic, exciting and powerful live bands to emerge from the post-rave scene, Dreadzone have steadily been releasing albums and progressively bettering, refining and perfecting their own unique and inimitable take on dub since their inception in 1993. Still going strong after 25 years in the game they have also long been and still are, one of the best live bands around. www.exeterphoenix.org.uk

Exeter City return to action at St James Park as they look to get back to winning ways when they take on Colchester United, KO 3pm. https://www.exetercityfc.co.uk/

Watch the final day of the Guinness Six Nations on Sandy Park's top of the range HD screens. As well as the international rugby playing on the large screens, enjoy punditry from members of the Exeter Chiefs players.  www.tickethub.sandypark.co.uk

Canonteign Falls are celebrating opening for the season with half price entry to locals running all weekend with proof of postcode EX, TQ and PL. Home to one of England’s highest manmade waterfalls, Canonteign Falls is a magical natural paradise found in the heart of the beautiful Teign Valley. Set in over 90 acres of ancient woodland it is the perfect tranquil day out for the whole family. Get back to nature with woodland trails, zig zagging streams, bridges and Lily lakes. Dogs on leads welcome both inside and out. www.canonteignfalls.co.uk

The 12th annual beer festival - this year set to be bigger and better than ever. There'll be 18+ ales ready for you to sample, plus a couple of ciders just in case beer's not your thing. They’ll also have an amazing range of locally produced food and snacks to help soak up the beer, bar games and great live music all day long.11:30am to 8pm. https://www.facebook.com/Yeofest/

This is a fantastic event supporting a wonderful local charity.  Starting and finishing from The Double Locks pub, participants will walk a new linear route along the picturesque Exe Valley Way and River Exe to the Millers Crossing Bridge and back, with live music and refreshments along the way.  https://www.hospiscare.co.uk/events/flagship/men-s-walk

Renegade Pro Wrestling comes to Unit 1 Exeter for the first time. With not 1 BUT 2 shows. First Family Friendly and Suitable for all ages. Doors open 2pm Adults £8, Child £5 Second A 18+ no holds barred show just for Adults! Featuring Hardcore Women's match and an even harder Renegade Riot match! There is Blood, sweat and Beers! Tickets £10 advance £12 on door. You will not want to miss either show!