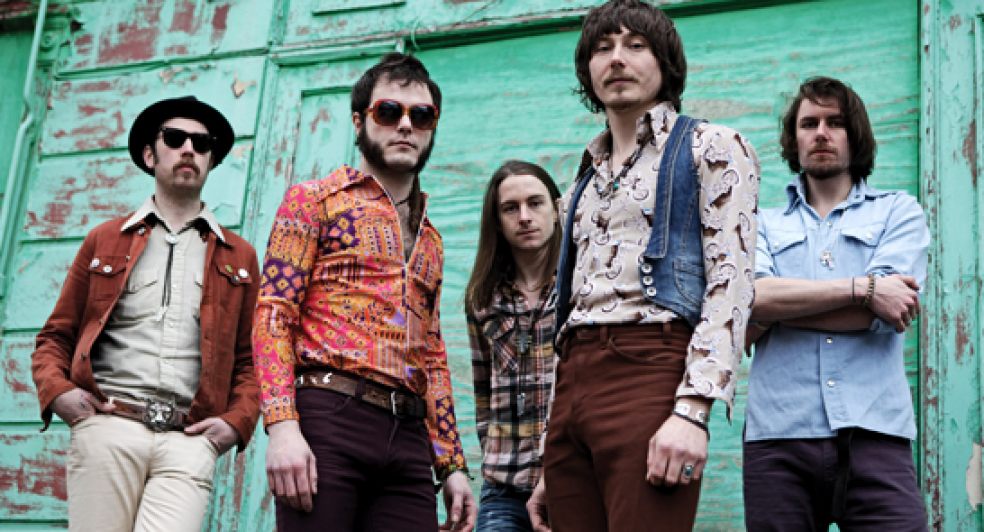 Your essential guide to What’s On in and around Exeter this weekend (5-7 October):

Comedy at the Park
Friday, Sandy Park, Exeter
The headline act for the evening is confirmed as Paul McCaffrey, an experienced comic who has appeared on Russell Howard's Good News and BBC 3's Impractical Jokers. He will be joined by MC Noel Brodie, and Plymouth-based comedian Richard James, with further acts to be announced.  www.sandypark.co.uk/book

No Half Life
Friday & Saturday, Cygnet Theatre, Exeter
Living through some of the most turbulent times in modern European history, Lise Meitner was at the forefront of the new science of Nuclear Physics. Her story is one of struggle – against a society that did not value female education, against academia that did not promote it, against a regime that threatened her existence and an establishment which used science to wage war. https://cygnettheatre.co.uk

Skin a Cat
Friday & Saturday, Exeter Pheonix
Every teenager thinks they’re the only one not having sex. But for Alana, it may well be true. Every time she gets close to doing it something just seems to get in the way… Soon she can’t help wondering is it this tricky for everyone else? Because no one ever said it was going to be this complicated...  https://www.exeterphoenix.org.uk

Bridget Christie - What Now?
Saturday, Exeter Corn Exhange
Brexit. Trump. Nuclear apocalypse.  Environmental catastrophe. Is rolling news affecting your ability to enjoy the simple things?  Like baking, gardening and autoerotic asphyxiation?  This new show from multi-award winning member of the Metropolitan Liberal Elite, and star of her own Netflix special, is for you. Join Bridget for a night of hope and despair. https://exetercornexchange.co.uk

The Wall of Floyd: Their Mortal Remains Tour 2018
Friday, Exeter Corn Exchange
The Wall of Floyd is made up of seven core members, with collectively over 75 years of studio and live performance experience between them: the band aim to sonically reproduce Pink Floyd's music to perfection, with a stage show to match. It’s no wonder that The Wall of Floyd is considered to be one of the very best Pink Floyd Tribute bands in the UK. https://exetercornexchange.co.uk

Oxjam Exeter
Saturday, Exeter Phoenix
Get ready for day celebrating good local music, for a very good cause. Oxjam music festival is one massive month of unforgettable gigs in aid of Oxfam. All Local. All Live.1pm-6pm. Tickets: www.wegottickets.com/oxjam/event/448013

Les McKeown's Bay City Rollers
Sunday, Exeter Corn Exchange
Les McKeown’s Bay City Rollers promises to be a unique voyage back to the 1970s, when Les and his Legendary band ruled the world’s pop charts and The Bay City Rollers’ music became the soundtrack for a generation of teenagers. Les brings back the all the thrill and excitement  of Rollermania, performing all the original hits. https://exetercornexchange.co.uk/

The Hot Sprockets
Sunday, Exeter Phoenix
Take some good-time revolutionary spirit, add a pinch of psychedelic flavour, simmer it down with some Indie Soul and you are somewhere close to the cosmic vibe of The Hot Sprockets, five blood brothers from Dublin City, drawn together by their mutual love of Rock ‘n’ Roll. https://www.exeterphoenix.org.uk

Powderham Food Festival
Saturday & Sunday, Powderham Castle, Kenton
Powderham Food Festival promises to provide a fantastic family, foodie and fun day out for all to enjoy.  Brimming with all things edible, drinkable and delectable from over 150 producers, there are also demonstrations from a line-up of the region’s best culinary talents.  Open 10am-5pm.   http://www.powderhamfoodfestival.com

Evening of Mediumship with Steve Holbrook
Sunday, 7.30pm, Exeter Spiritualist Centre, York Road, Exeter
Steve tours the UK and is known for his accuracy in his messages.  This will be a great evening. Tickets £10. Contact: 01392 274699. www.exeterspiritualistcentre.org