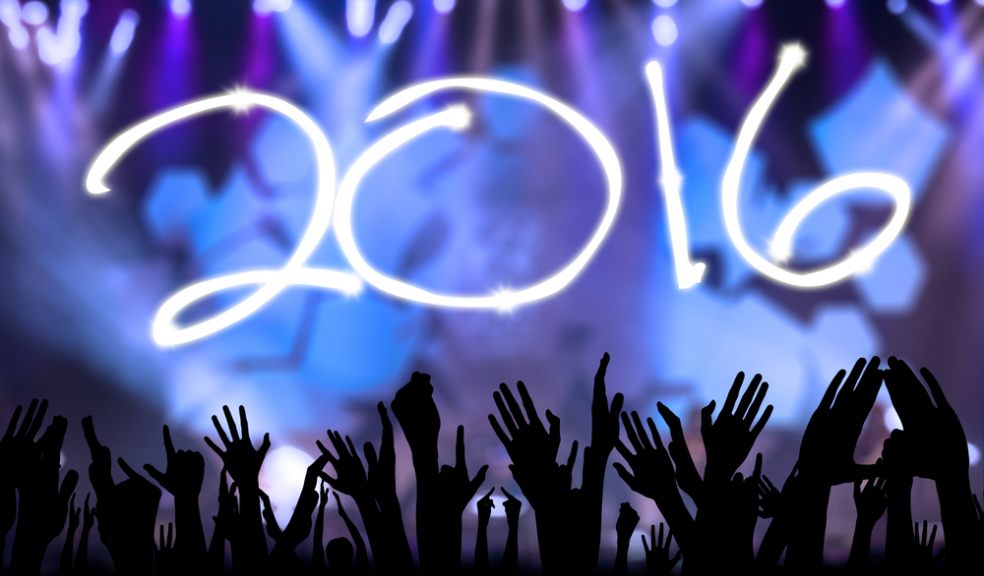 See the Old Year out in style with our essential guide to What's On in an around Exeter on New Year's Eve.

Glitterball Party
Mosaic, Mary Arches Street, Exeter
The biggest party of the year! Free entry before 11pm, £3 11pm-12am, £5 after on the door. Bottom floor features music from DJ Gilbert with 80s & 90s party favourites. From 10pm it’s DJ Joe Hawes on the middle floor playing the raunchiest Hip-Hop & RnB; from 10pm Adam Boyce will take to the decks on the top deck with chart and dance floor fillers.  https://www.facebook.com/mosaic.exeter

New Year’s Eve Party
Exeter Cavern, Queen Street, Exeter
New Year’s Eve is always one of the best nights at the Cavern and this year will be no exception with Indie Club DJs and Off the Bone DJs joining forces to bring us a night of Indie & Alternative Classics with a hint of garage, should & rock 'n' roll! Plus awesome live band Skeleton Frames and guests give you probably the only chance of seeing decent guitar music this NYE!  9pm-late, over 18s.  http://exetercavern.com/

Wonderland ** SOLD OUT **
Exeter Phoenix
This New Year’s Eve we invite you to leave behind the humdrum of day-to-day life and explore a world where nothing is quite as it seems. After two years of raucous sell-out revelry, Exeter’s most imaginative New Year event returns with more mind-blowing live music, DJs, zany performers and hidden surprises. Party amidst falling snow in a winter forest, revel with the weird and wonderful at a tropical tea party for loons, and throw some shapes at the Kitty Litter Disco – meeeoooow! There’s no telling what you’ll find around the next corner… 8pm-3am, over 18s. www.exeterphoenix.org.uk

Berlin Philharmonic New Year's Eve Concert (12A)
Exeter Picturehouse Cinema
The concert is live via satellite.  The Berlin Philharmonic and Sir Simon Rattle close 2015 with a fantastic star-studded New Year’s Eve Concert featuring one of the world’s foremost virtuosos on violin, Anne-Sophie Mutter. The violinist who “plays anything and everything with scalding beauty” (The Washington Post), will shine with Camille Saint-Saëns’s thrilling piece Introduction et Rondo capriccioso and Maurice Ravel’s Tzigane, a highly virtuosic rhapsody for violin and orchestra. Magnificent orchestral pieces and dances from French operas and ballets will also be performed, before concluding the evening to a grandiose finale with Ravel’s rapidly undulating La Valse. The live screening running time is approximately 120 minutes. There is no interval. https://www.picturehouses.com/cinema/Exeter_Picturehouse

New Year’s Eve featuring 2Fat4That
Exmouth Pavilion
With originality in mind, this comedy-vocal trio are without doubt the next generation of entertainment. Throwing the rule book out of the window, 2Fat4That  are wowing audiences across the country with their expertly arranged 3-part harmonies and borderline insanity! The two idioms prove to mix well and the boys are proving to be the go-to act. Fresh, unique and innovative, this act is a must for any audience. Show and Meal ticket £30, show only £20. https://www.ledleisure.co.uk/exmouth-pavilion/book-now/new-years-eve

If you would like to add an event, email details to ted@thedailyuk.com