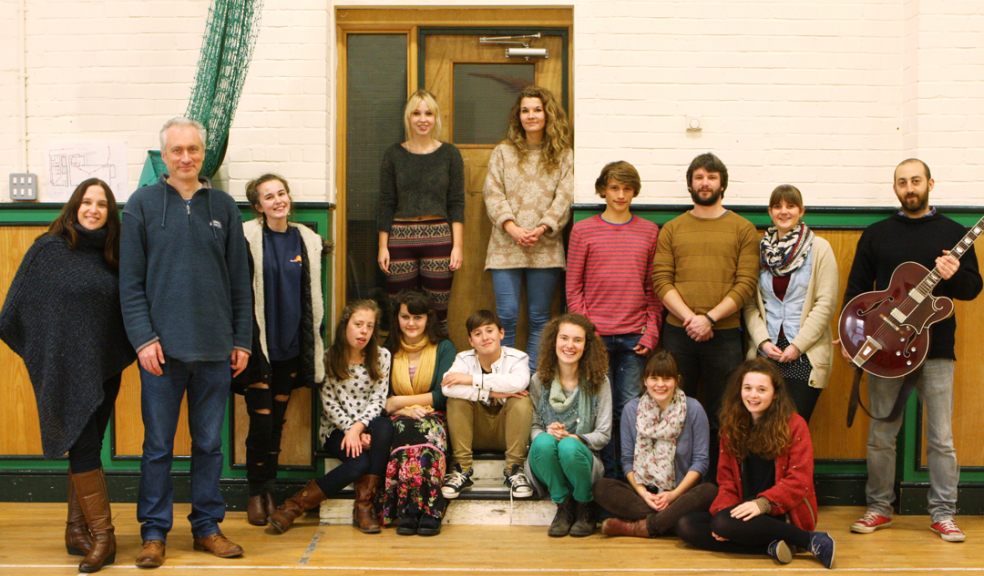 CHILDREN and young people from across the region will come together on Sunday (DEC7) for the second in a series of three B Sharp Voices concerts of music and song inspired by Beer Quarry Caves.

The afternoon show at the Marine Theatre, Lyme Regis finds secondary school age soloists who have been working with professional musicians as part of the B Sharp Voices project performing with the 94-strong choir of primary school children from St Michael’s and

Mrs Ethelston’s in Lyme Regis, Marshwood Primary and Bridport St Mary’s who made their concert debut in October.

A dynamic creative singing project funded by Youth Music and West Dorset District Council and designed to raise levels of aspiration in young people through group singing, B Sharp Voices includes soloists from Dorset, Devon and Somerset and culminates in a special performance at Exeter Cathedral on January 13.

“When I am older my dream would to be involved in the music industry – producing, performing and making music which I know is a very competitive job, but I won’t let that put me off,” says soloist Phoebe Hill.

“I have absorbed so much inspiration and motivation from B Sharp which will give me the drive to realise my ambition and not give up.

“The work of B Sharp is vital in such a rural town as it enables young people from surrounding towns and villages to get together to produce and perform music which helps with many different skills socially and musically, boosting confidence and providing hope. Most of all though, it’s a great time, with incredible opportunities and brilliant memories to be made.”

As well as the full concert at 2pm on Sunday at the Marine Theatre, the core group soloists and music professionals will also stage an open rehearsal at Bridport Arts Centre on Saturday (DEC6) from 2-4pm.

The concert at Exeter Cathedral on January 13 is in collaboration with the Woodroffe School and the Jurassic Coast Teaching School Alliance and will see the B Sharp Voices soloists and choir join with more singers from Woodroffe and Colyton Grammar schools. The performance will also include poems, stories, films and music, all inspired by Beer Quarry Caves, produced by other schools in the region.