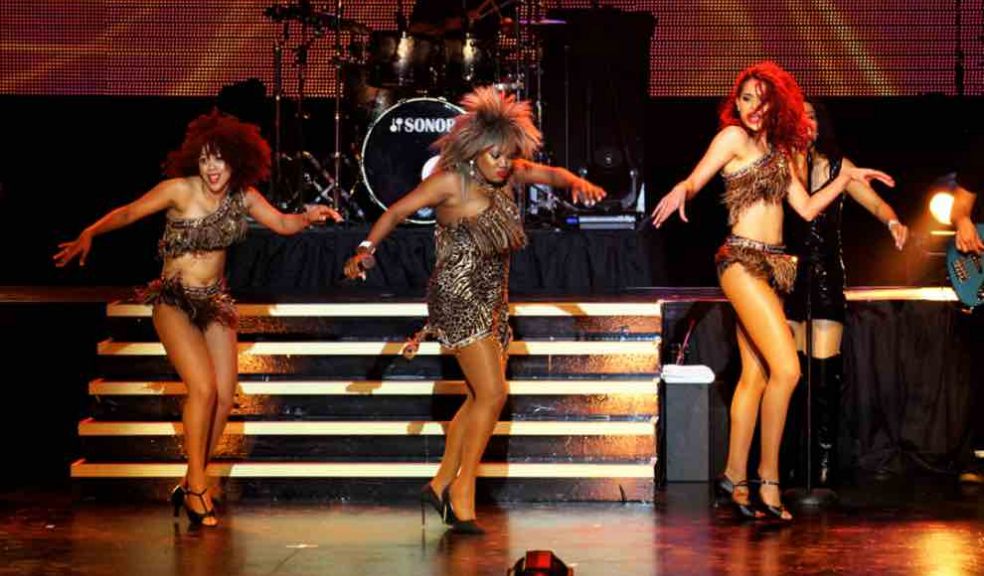 The Australian production team behind Belinda Davids’ hit show The Greatest Love of All: A Tribute to Whitney Houston is set to debut its newest tribute extravaganza TINA Simply the Bestin the UK when it tours nationally this month.

The new show, developed by Showtime Australia and directed by Johnny Van Grinsven, has been designed as an homage to the barrier-breaking music and pioneering stage shows of the great Tina Turner and claims to recreate her ‘electrifying concert experience’ for both original fans and younger generations to appreciate and enjoy in a live setting.

In the lead role, and taking on arguably one of the hardest and most energetic characters in music, is South African-born singer and celebrity Caroline Borole who thanks her extensive experience with other demanding productions such as the Dreamgirls musical and TV talent show South African Idol  with giving her the discipline needed to recreate such a raw, powerful presence on stage.

“I’ve done lots of really hard work before but this is definitely a ‘next level’ kind of challenge. Between the massive belting songs and the crazy dancing and the super intense emotion in everything she does, she [Tina Turner] is just the most incredible performer on stage. I appreciate that more now that I’ve had to study and emulate it. She’s the epitome of a super woman!”, says Borole about preparing for her role.

Borole and her accompanying international cast of eight, including live band, brass instruments, backing vocalists and high-energy dancers, will be moving at a blistering pace on this, their first ever UK tour, with 21 venues scheduled within June alone.

Audiences can prepare themselves to hear live performances of all the biggest Tina Turner hits from the 60s, 70s, 80s and 90s including Simply the Best, What’s Love Got to Do With It, River Deep Mountain High, We Don’t Need Another Hero, Private Dancer, Proud Mary, Nutbush City Limits, Let’s Stay Together, Typical Maleand more.

TINA Simply The Best is on stage at Exmouth Pavilion this Friday 14 June.

Tickets are on sale now: https://www.ledleisure.co.uk/exmouth-pavilion