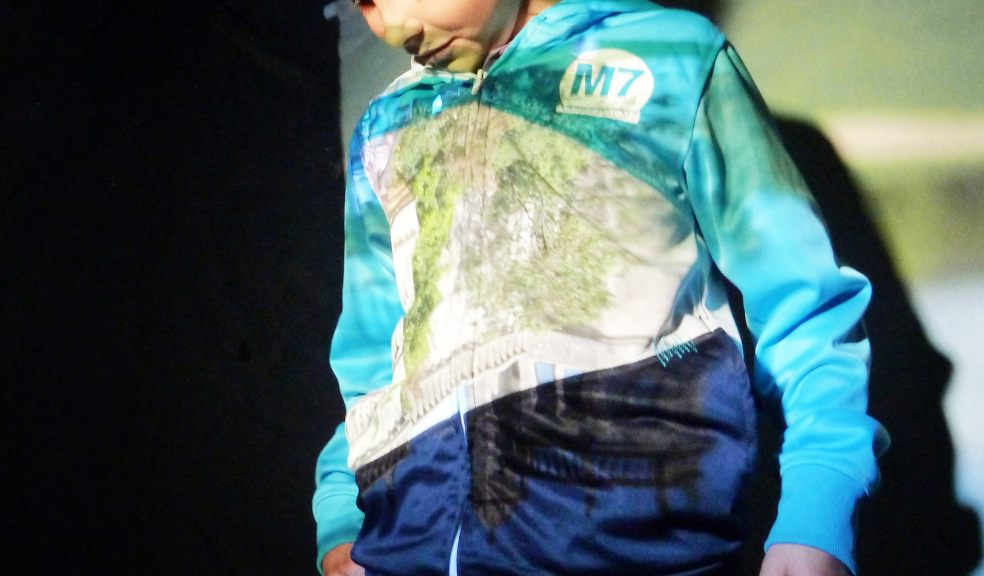 What do you get if you combine a gazebo, old curtains and a telescope lens?... A DIY space ship? Or maybe an observatory? Well… what if I told you it creates a walk-in camera obscura! The photographer Sam White has recently been fascinating the general public up and down the South West with his hand-built camera obscura in which he has combined portraits of local visitors with the stunning South West landscape. The Exeter Daily decided to find out more about his most recent obscura projects and where you can next have the opportunity to climb into and discover this unique contraption.

Sam first got into camera obscurae while working in London, assisting an artist, who was building a studio-sized camera obscura. Sam stated that during his time in the studio: ‘I loved learning about the light, optics and the fundamentals of photography but with my real passion being Landscape photography it seemed that the immersive beauty and clarity that the obscura offered would be better if it could escape the studio walls.’

This passion for landscape and obscura, developed into the photographer's first project, known as the Pinhole Pedallers, where he and two friends cycled over 340 miles, with the hand-built obscura packed into a bicycle trailer.

They began their journey at Tamar Valley and ended at Lacock Abbey, in between they visited rugged coastlines, stately homes, deserted moorlands and bustling cities, which all provided unique and ideal landscapes for people to have a fresh view of, from the projections the obscura gave, along with having the opportunity to have their portraits taken.

Since the Pinhole Pedallers project, Sam has been continuing to delight the South West with the contraption by displaying it in and around cities and galleries. During the NOSE (Not Open Studios Exeter) event in March he encouraged the people of Exeter to climb inside and trace the light of the obscura to make a collaborative canvas of a city view and lead to a fascinating collaborative piece of artwork which can be viewed here.

The camera obscura is not just an object to be admired; it also proves to be an educational tool too, as the photographer has also been into schools with the obscura, covering principles such as photography, art and physics.  According to Sam, "there is no better way to understand the fundamentals of light than with a camera you can climb inside!"

To catch the camera obscura in action, you can see the captivating and intriguing invention on Friday 6 September at St Annes Community and Art Centre in Barnstable, where there will be a day of free events and celebrations, as well as a talk by Sam, titled ‘Traps to Catch Sunbeams’ which covers the topic of the creative history of the camera obscura.

The obscura will also be making an appearance somewhere in the streets of Exeter on 21 September as part of the Unexpected arts festival in the city, and passers by will be able to peek and climb inside the camera.

Sam is also keen to hear about other future events in the area which would benefit from this unique and memorable attraction.