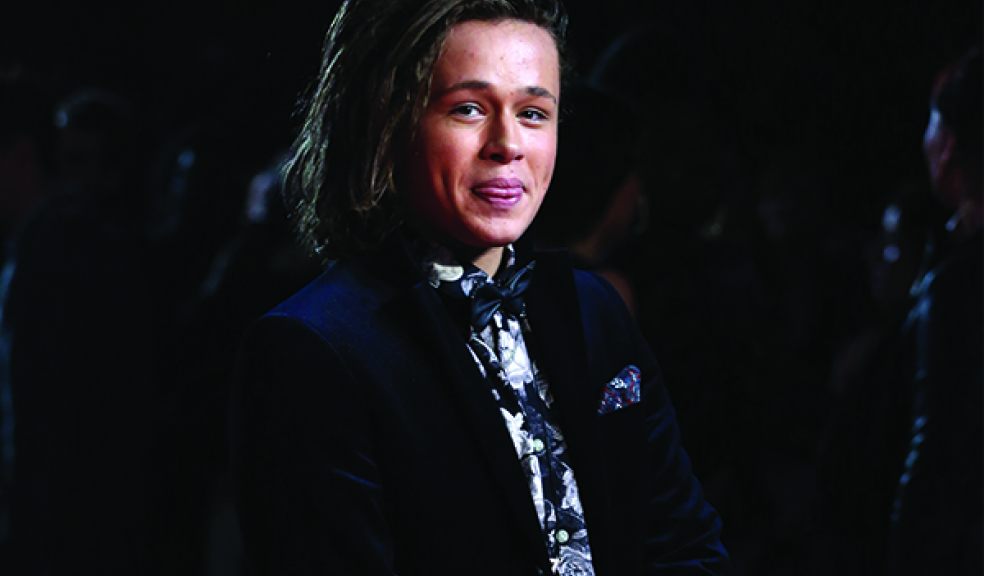 I first saw 17-year-old Luke Friend, from Teignmouth, perform earlier this year at the Exeter Festival of South West Food & Drink under a relatively tiny little tent with little more than his guitar and a mic.

At the time, I turned to my girlfriend and said 'this guy's pretty good'.

Usually there would be nothing that could possibly drag me away from the countless beer tents and packed food halls at the festival, but this young man had me hooked.

We sat down on a hay bale and watched on in awe for about an hour until Luke's set was over and then that was it. We never heard of him again.

When Luke appeared for his first audition on the X Factor my girlfriend and I couldn't believe our eyes.

That young lad that impressed us so much way back in April proceeded to blow the show's panel of judges away with a brilliant cover of Ben E. King's classic, Stand by me.

As I watched expressions of wonder and enjoyment spread across the judge's faces, I was taken back to just how moved I had been when I first heard Luke sing.

Now I'm not a huge fan of the X Factor, but whilst Luke remains in the competition I'll be surrendering my Saturday nights to the show.

Last night I had the pleasure of catching up with Master Friend to quiz him on the competition and what he loves about Exeter.

OJ - First of all then Luke, what's it all been like so far?
LF - Basically, to me, it’s just a massive load of fun but at the same time it’s so serious. Especially as we get further and further into to the competition because you're getting closer and closer to being what you want to become which is a musician. Every week that goes by it becomes more intense because you're getting closer to your goal.

OJ - How has moving to the South West affected your career? Do you think it’s held you back?
LF - Not really. The music scene in Teignmouth and Exeter, I think, is amazing. The amount of talent thriving in one place is incredible. Some of my favourite bands come from the area.

OJ - You've got a tough act to follow with one of the world's biggest rock bands, Muse, also coming from Teignmouth…
LF - Yeah! I know, I'm a big fan of Muse so they are a pretty tough act to follow. If I could be as big as them one day, that would be amazing.

OJ - Fingers crossed hey mate! I'm going to ask you some questions about Exeter now if that's okay with you?
LF - Yeah of course it is.

OJ - So has it been difficult being away from home?
LF - Not really. I was actually planning on going travelling for a year at some point so I've always been this kid that’s curious about everything and wants to get out and about. That’s what I've been doing since I've been here. I've met some amazing people. I'm having the experience of my life – it’s just wicked.

OJ - Who do you get on with the best in the house?
LF - I get on with Nick (McDonald) the best or Rough Copy. I love them guys. They're great.

OJ - Who would you say is competition for you? Who do you worry about?
LF - I think maybe, because of our similarities, Abi. But everybody is, especially now, everybody is really big competition. I've just got to do my best.

OJ - Finally Luke, are you going to come back and do some stuff in Exeter?
LF - I'd love to. I always want to go back to where I'm from, I miss it. Obviously I'm loving what I'm doing now but I want to come back and see all my friends and do a gig - that would be amazing!

This week is disco week and Luke's taking on Wild Cherry's classic 'Play That Funky Music'. Everyone here at #teamTED wishes Luke the very best of luck for the rest of his X Factor journey and we're urging everyone to vote for him to keep him in the competition and doing it for Devon!