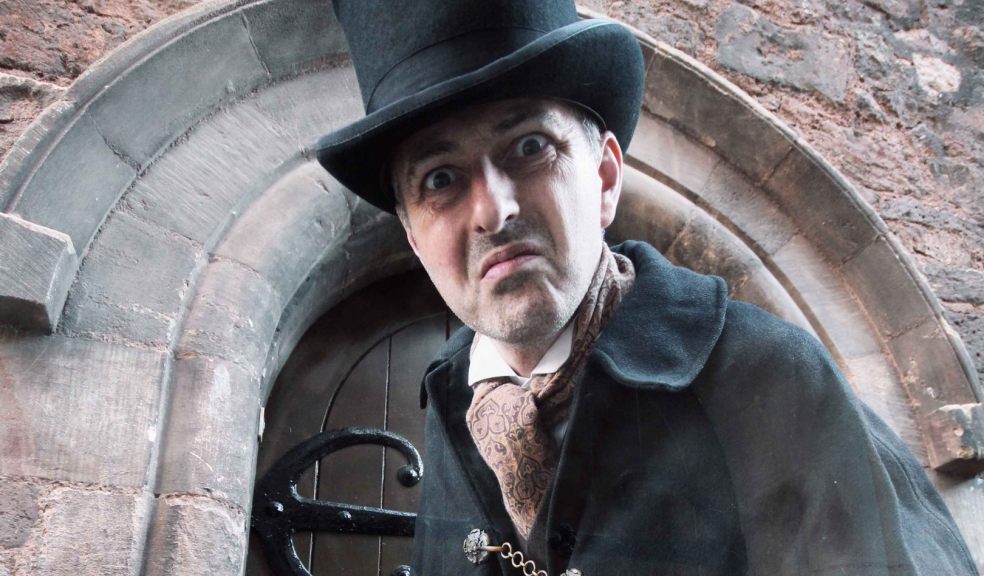 Following a sell-out run last year, Humbug! returns to St Nicholas Priory this December. Join Ebenezer Scrooge on a journey through past, present and future in this theatrical reimagining of Charles Dickens' classic ghost story A Christmas Carol.

Talking about the production, director Luke Jeffery said: "We’re thrilled to be back at St Nicholas Priory this Christmas. It’s a privilege to use this incredible building as our stage. We aim to get people in the Christmas spirit and perhaps scare them a little too!”

Situated just off Fore Street, St Nicholas Priory reopened to the public in 2017 following two years of major renovation. Founded by William the Conqueror in 1087, the priory was home to Benedictine monks for over 400 years. In 1536, like other monasteries, it was closed and the remains became the home of wealthy Tudor merchants. The two ranges remaining from the original four-sided structure are now managed by Exeter Historic Buildings Trust.