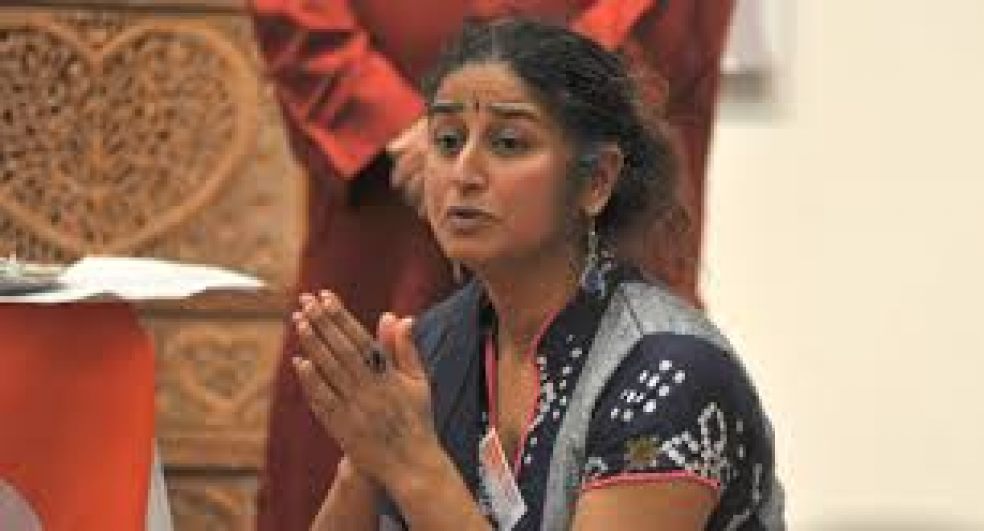 As part of Exeter’s Ignite Festival, which has been taking place this week, I went along to the Exeter Phoenix to discover more about Exeter’s hidden history by watching the performance of Telling Our Stories, Finding Our Roots.

As soon as the lights dimmed, and the spotlight was turned to the hosts; local story-teller Sandhya Dave and Lucy Mackeith - a local historian - the audience’s attention was held as the hosts and the other volunteers of the show, took each individual on a colourful and mystic journey through the hidden treasures which are present in Exeter’s city walls.

The storytelling began by explaining an artefact from the RAMM museum and how the three stories of a character called Ganesh are interlinked to this one artefact. Then smoothly, we were transitioned to other interesting and intriguing stories with tales of The King's Jews, Frederick Douglass and American GIs in Exeter, which were just some of the highlights amongst many of the stories which enchanted the auditorium.

A special mention needs to go to the four girls from St James’s school (Sam Cruzada, Tina Liu, Nikoleta Raikova and Kemberly Espina) who performed a piece called Anna’s story which dealt with the issue of accepting those from other cultures and being in a new and unfamiliar place. The girls showed confidence and professionalism which were beyond their school years. The great thing about this performance is that it attracted a broad spectrum of people from Exeter and the surrounding areas, who all connected together to go on a journey of Exeter’s vibrant and colourful past.

No fancy special effects or flash PowerPoint’s were needed as the power of the spoken word was enough to keep the audience enthralled, as each volunteer on the night, came to the front and spoke of the tales this city has brewed over time. On the other hand, there was often a range of percussion to accompany the performers and while at times it added to building up the suspense, there were times it was a distraction as to the words and tales that an individual wanted to speak about.

Although this was a one off performance for the Ignite Festival, the work that the group does, goes beyond the stage as Telling Our Stories, Finding Our Roots is a project of the Devon Development Education which has been funded through the Heritage Lottery Fund. Its aim is to bring together local people of all backgrounds, ages, ethnic groups and nationalities, to find out about the rich and varied past of the local area.

There is more to come from this project with concepts such as multi-coloured tours of Exeter being created to reveal more of Exeter’s untold past, which I am sure will be a welcome addition to the city and will raise awareness of the rich and diverse stories that need to be uncovered and preserved for future generations to know about.