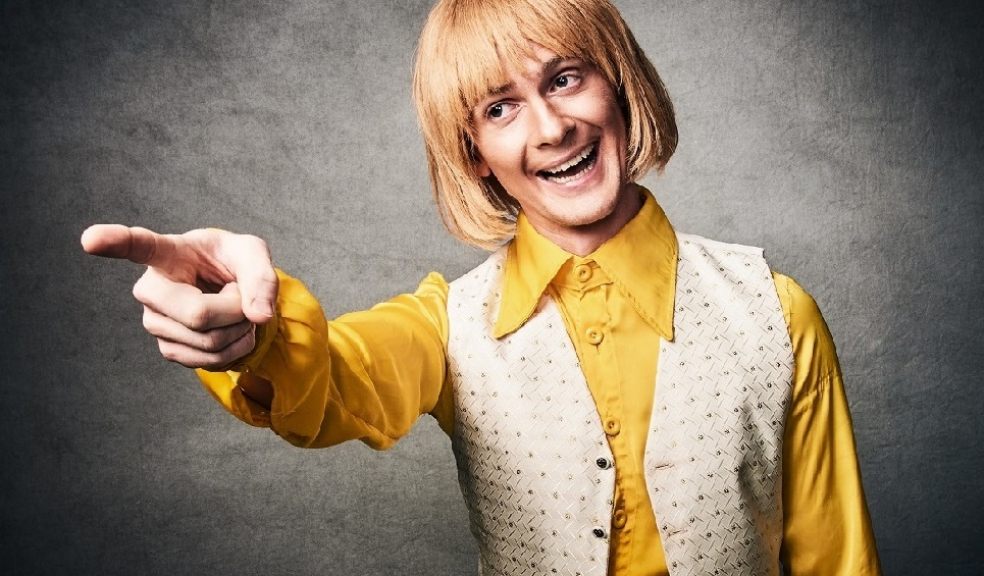 Following a sell out smash hit run at the Edinburgh Fringe 2017, and a highly successful Australian tour, musical tragicomedy ‘Richard Carpenter is Close to You’ has embarked on a national tour and will be visiting Exeter's Phoenix Theatre on Sunday November 4th.

He was on top of the world. Looking down on creation. To the left of (and slightly behind) his kid sister, Karen. Now he's back in the spotlight, but it's no longer yesterday once more. In a world of rainy days and Mondays, one man's solitary journey to find himself has only just begun...so get yourself a ticket to ride, and buckle the hell up!

In the 1970s, brother and sister duo The Carpenters were one of the best-selling music artists the world had ever seen. In the 2010s, comedy duo Frisky and Mannish became one of the most popular musical parody acts the Edinburgh Fringe had ever seen. Now one half of that duo, Matthew Floyd Jones (the guy to the left behind the piano in F&M) presents his first major solo show - ‘Richard Carpenter is Close to You’. The first show ever created specifically about Richard, as opposed to Carpenters in general or Karen, this is a piece that's been crying out to be created... but only by Mannish.

"Playing Richard Carpenter just feels so right to me. He was my first musical inspiration growing up, and after 10 years of Frisky and Mannish, I am essentially the Richard Carpenter of the comedy circuit. I am so lucky that he hasn't sued yet, and that I am getting to take my wacky show, made with such love, all over the world."
Matthew Floyd Jones

‘Richard Carpenter is Close to You’ is many things... An epic concert of hit tunes and harrowing travesties from the smiliest guy in pop-rock history. A bittersweet dark comedy that tells the hilarious, traumatic, imaginary tale of the ultimate piano player. A character-comedy/theatre/live music hybrid that sprinkles pitch perfect song parodies over an ultimately very moving story.

THIS PARODY SHOW IS NOT AFFILIATED WITH RICHARD CARPENTER IN ANY WAY. IT IS A WORK OF FICTION INSPIRED BY HIS LEGACY AND INTENDED WITH LOVE. IF BIRDS SUDDENLY APPEAR, THAT'S HONESTLY JUST A COINCIDENCE