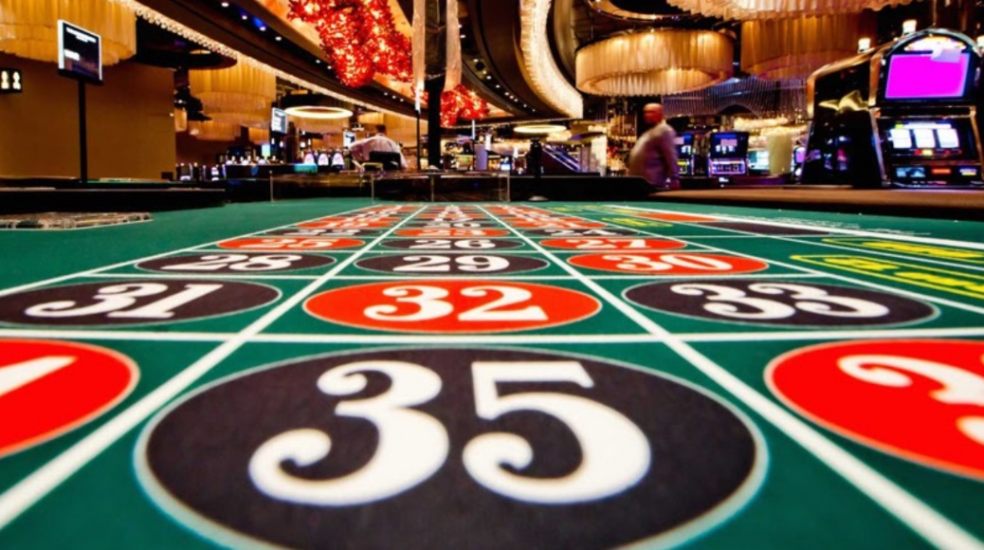 Nowadays, the online casino market represents one of the fastest-growing markets of the overall economy, next to the areas, such as artificial intelligence, AR/VR, and machine learning. And the most interesting fact about this is that these branches do not represent any threat or competition to online gambling, while such technologies can be incorporated into it, making it even more appealing to the players!

The Era of Online Gambling

While browsing the Internet, you will come across hundreds of online casino sites offering various gaming content, from slots to Live Casino games, which provide the feeling like you are playing in a genuine, land-based casino. In the past few years, it has become a kind of trend that the operators include sports betting events, as well as virtual sports in their gaming portfolio, therefore attracting even more customers!

You can also find hundreds of online gaming specialized websites, such as, for instance, the ones that offer free slot games with bonus spins, or the ones specialized only for Live Casino games reserved for the customers from another country. In the online gambling market, the number of gaming possibilities is infinite! And all you need to possess is a PC or some mobile device, such as a smartphone or tablet!

But, before we start speaking some figures considering the global online casino market, here is a quick glance at online gambling as a term and the content it comprises.

Online Gambling in a Nutshell

Online gambling is a term born in the 90s’, which is not strange, considering the expansion of IT technology during that period. The year 1994 can be considered as crucial for online gambling, while two significant things happened that exact year.

The first of two events important for the online casino market was the Free Trade and Processing Act, passed by the country Antigua and Barbuda. This particular act made it possible for companies and various organizations eager to go into the online gambling business to apply for licenses to do so. However, the first problem emerged very quickly - how to safely transfer money from the player to the casino operator and vice versa, without any potential misuse or fraud.

Today worldwide popular online casino software developing company - Microgaming has already produced the first-ever fully functional online gambling software, which was only waiting for security solutions to be made up. And that’s when the company known as CryptoLogic enters the scene, with its security software, which was merged with the Microgaming-powered platform. Since secure money transactions became viable due to CryptoLogic, all of this led to opening the first licensed online casino operators in 1994.

The second important thing for online gambling that took place back in 1994 is the first-ever online gambling event that was held back in October 1994, and it was the Lichtenstein International Lottery event, which was open to the general public.

Nowadays, online gambling comprises several types of games, likely to be found at the majority of online casino operators: 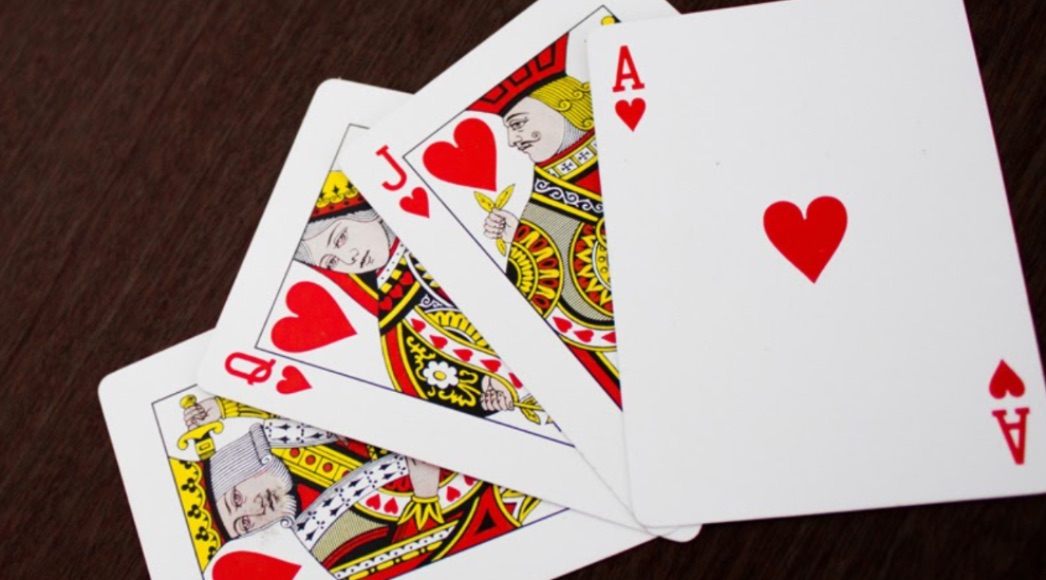 Being one of the really rare branches of the economy not hit by the ongoing virus-related global crisis, the online gambling market will definitely continue the increasing trend when it comes to the yearly revenue and compound annual growth rate (known by the abbreviation CAGR).

When it comes to these two parameters, the current value of the overall global online casino market was $58.9 billion in 2019, and this figure is expected to reach the value of $66.7 billion by the end of the current year 2020. In this case, the growth rate - CAGR would reach an astonishing 13.2%! Such phenomenal growth is due to the whole pandemic situation, curfews, and lockdowns, during which people are obliged not to leave their homes. And since we humans, as beings, are used to “fill up time” doing various activities, online gaming would seem like a logical choice when one is spending too much time indoors.

So, why is the online gambling market growing at such high speed? Well, the answer is simple, and it lies in an item you have almost 24/7 by your side - the smartphone. The evolution of such devices caused the evolution of the Internet in terms of data transfer speed. The combination of these two factors has given the online gambling industry new wings to fly high when it comes to annual revenues! In fact, according to official reports, around 80% of people utilizing any form of online gambling do so via mobile phone!

Smartphones started entering the global scene shortly after 2010, followed by faster and faster Internet connections. Their impact on the expansion of the online gambling market was perfectly displayed in a study published on the Rub90 website. This particular study reports that the number of people using smartphones or tablets for online gambling purposes has increased by an astonishing 117% between 2012 and 2018!

The ongoing pandemic has brought the entire world to a stop, dropping the GDPs of even powerful countries at an astounding rate. But it hasn’t had such an effect on the online gambling market. On the other hand, land-based casinos followed the trend of the economy overall, recording a massive drop in customers, compared to March 2019. The best example is probably New Jersey, where land-based casino revenues have dropped by 61.7% compared to the same month of the last year! This was mostly due to issuing closing orders due to pandemic. On the other hand, the New Jersey government didn’t have any reason to ban online gambling, which recorded a revenue growth, which takes the figure of an amazing 65.7%! The state of Pennsylvania reported something similar - a drop in monthly revenue for March from $67.5 million in 2019 down to $50.5 million in 2020.

The UK Gambling Commission, in its own study, has concluded that the number of active players (considering that one person may hold multiple accounts at different online casinos) has fallen by a mere 2.11% compared to March 2019. However, the trend of sinking continued its slow tempo, resulting in a decrease of active players by 5.11% compared to March and April 2020.

When it comes to the online casino market in the United States of America, things are a bit complicated. Namely, online gambling isn’t allowed in the entire territory. Only those operators licensed in states such as New Jersey, Pennsylvania, Delaware, and Nevada are allowed to provide online gambling services, while these are the only four states where online gambling is legally regulated.

New Jersey represents the largest online gambling market in the United States by all parameters. It leads with the largest chunk of the annual online gambling revenue in the United States, which occupies the value of $225 Million. And the importance of the New Jersey gambling market can be seen in the report from June 2019, which shows the top three NJ casinos and their revenues:

Experts estimate that the United States gambling market will record a CAGR value of 15.41% during the forecast period of five years, between 2020 and 2025.

According to expert reviews, the European gambling market is expected to grow following the CAGR rate of 9.20% (2020-2025), with the United Kingdom’s online casino market as the leader. By the year 2022, it is estimated that this market will be worth around €29.3 billion, which is a substantial growth compared to the value from the year 2018, which was €22.2 billion.

The European gambling market is growing strongly, mostly due to the trend followed by leading casinos - the merger. For instance, two popular online casino operators, Betfair and Paddy Power have merged to create a bigger company named Paddy Power Betfair PLC. Such mergers allow operators to extend their game portfolios significantly, and therefore to attract more and more new players. Another thing that pushes the European gambling market forward is deal signing between online casino operators and software manufacturers, such as the one that happened in 2019, between the 888 Casino and one of the leading casino software producers, Microgaming. 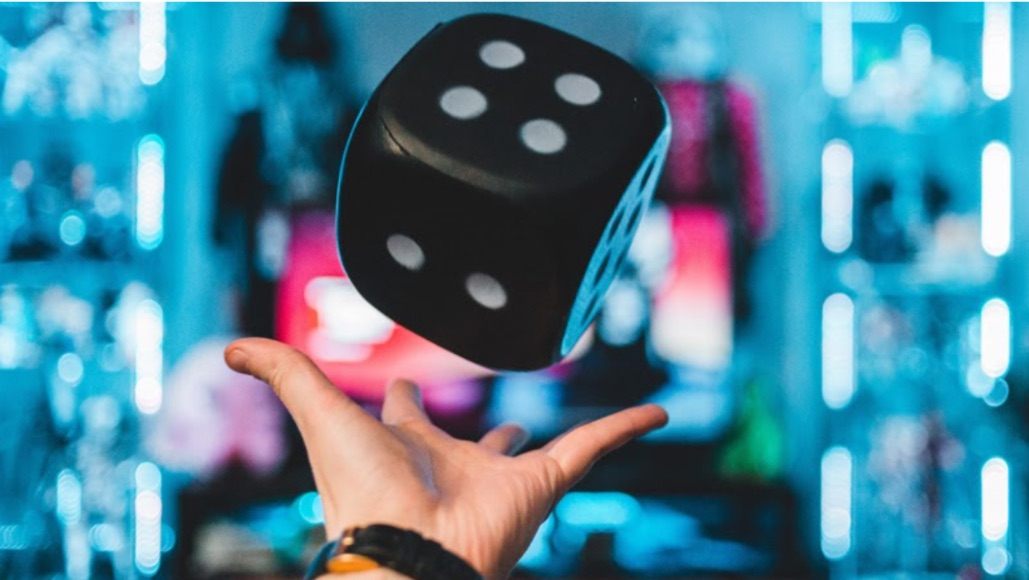 There is no doubt that online gambling is one of the fastest-growing fields, producing enormous annual revenues. And with the development of new technologies, such as 5G, VR/AR, machine learning, and such, it will surely continue to grow even more, while such technologies can significantly improve gaming quality, which will eventually lead to the production of top-notch games and the attraction of even larger number of players worldwide!