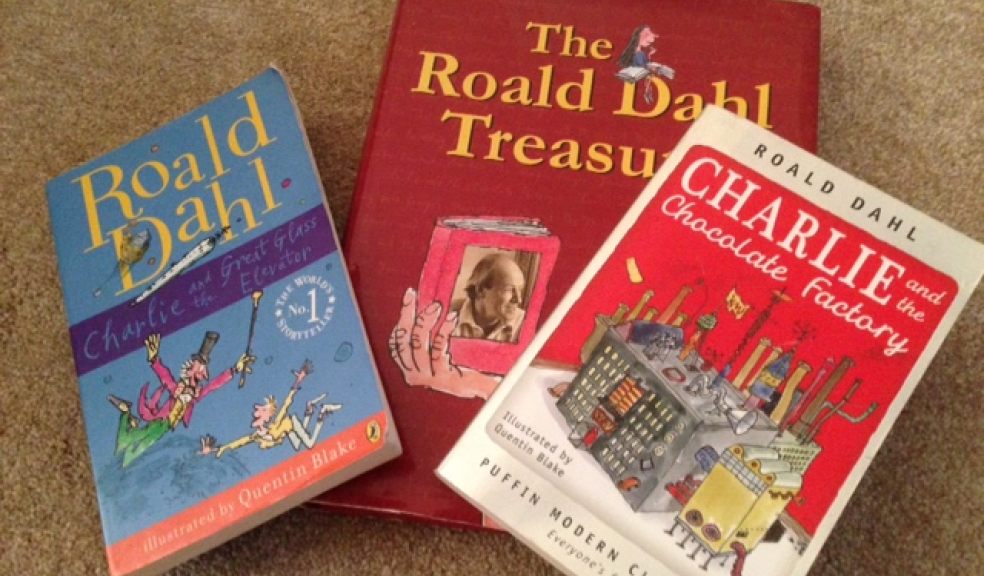 The man who brought us revolting children, the wonderful Mr. Willy Wonka and the gruesome Mr and Mrs Twits turns 100 today and although he is no longer alive, he still continues to put a smile on children and adults faces around the world with his magical storytelling.

Born on 13th September 1916 in Cardiff, Roald Dahl’s writing adventure did not begin until the 1940s where after his time as a fighter pilot with the RAF, he was appointed by Lord Balfour as an assistant air attaché at the British Embassy in Washington D.C. During this time he met the noted novelist C.S. Forester who was asked by The Saturday Post to write a story based on Dahl’s flying experiences.

Forester asked Dahl to send over some notes about his RAF experiences, of which Dahl did but Forester was so impressed by his writing that he decided to publish this story exactly as Dahl had written it.

After this first publication, Dahl went on to write a total of 39 books which include favourites such as Charlie and The Chocolate Factory, the BFG and Matilda. He also wrote the play Chitty Chitty Bang Bang and the screenplay for the Bond film You Only Live Twice proving that he was more than just a beloved children’s author.

In celebration of Roald Dahl turning 100 there are several events happening up and down the country such as Morrisons supermarket selling snozzcumbers, afternoon tea based on some of the authors characters available at the Shard in London and  schools  across the UK and beyond  hosting Roald Dahl themed days where pupils and students dress up as their favourite characters.

In Devon, there are a few activities for Dahlites to go and explore and enjoy a little bit of Roald Dahl magic. At Bovey Castle children can stay for free when sharing an adult’s room and will receive a complimentary Roald Dahl book on arrival. Bovey Castle will also have a ‘pop-up’ Roald Dahl corner in The Library for children to read their favourite Roald Dahl books during September and October.

And for those adults who want to release their inner child in a sophisticated manner you can head to Bull and Bear in Barnstable where they are offering four Dahl themed cocktails for this week only and consist of Wonka's Choco'Malo Melt, George's Marvellous Medicine, Fantastic Mr Fox's Cider Punch and the BFG's Frobscottle. In the words of Mr Dahl himself, they sound ‘delumptious’!

So let’s eat some snozzcumbers and drink some fizzlecrump to celebrate the fun and mischief created in his fantastic books. Thanks Roald Dahl and Happy Birthday!