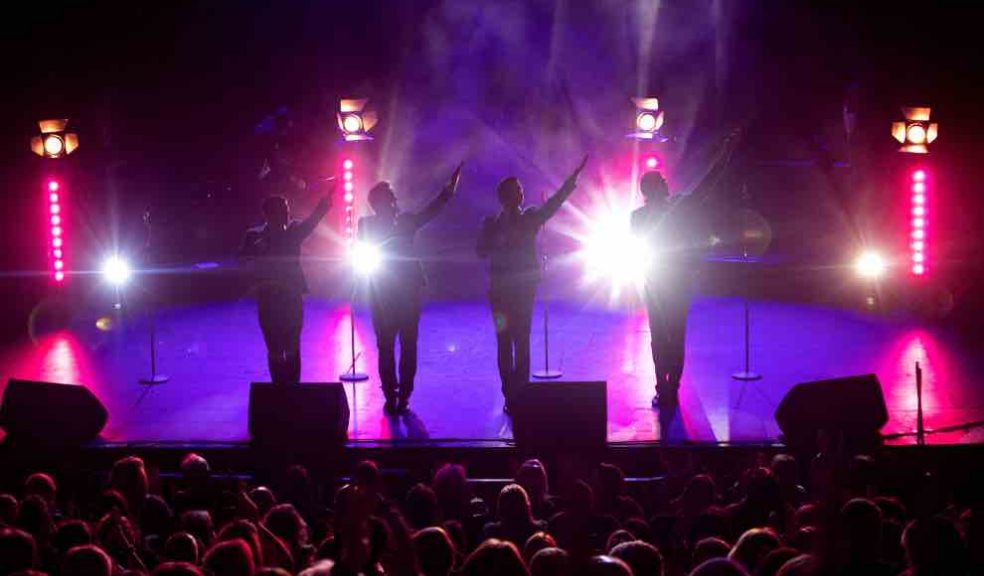 Celebrate the music of Frankie Valli and The Four Seasons with Frankie’s Guys, presented by Sweeney Entertainments. This fast-paced, energetic production brings the talented foursome to theatres across the UK to relive an era of timeless classic hits.

Frankie Valli and The Four Seasons were one of the most consistent 60s super groups and had a string of worldwide hits, selling over 100 million records and earning themselves a place in the prestigious Rock and Roll Hall of Fame.

This authentic live production will take you on a nostalgic trip down memory lane as Frankie’s Guys put their owncharismatic stamp on a catalogue of hits including Big Girls Don’t Cry, Can’t Take My Eyes of You, Sherry and Oh What A Night.

Sweeney Entertainments, co-founded by Julie and Peter Sweeney, has been providing a wide repertoire of top-quality touring shows for theatre and corporate events for over eighteen years both in the UK and internationally and now boasts a repertoire of fourteen touring productions. The company saw its busiest year to date in 2018 and now has even more performances on offer, at a growing number of venues, and with the strongest audience figures to date.

David Greigo, performer, said “We are so lucky to perform this show all over the world - the music is timeless and we love singing with our live band, but giving the audience a great night out is hands down the most satisfying part of thejob.”

With slick choreography, charm, charisma, brilliant audience participation, amazing live vocals and a great live band,it’s clear to see why Frankie’s Guys are receive standing ovations all over the world.
So Walk Like A Man and get your tickets for this nostalgic and highly entertaining evening with Frankie’s Guys!