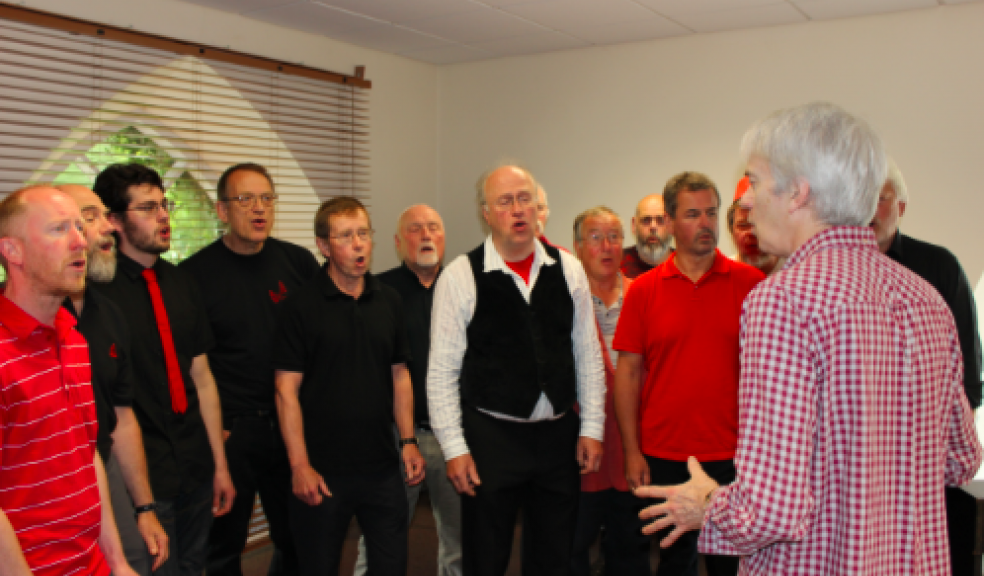 This June an Exeter venue sees a first full concert by a new group from Okehampton based Wren Music. MenSing is a 20 strong choir of all male voices who have been singing together for just over a year and have already caused a stir with their first few performances.

On Friday 16th June in Cygnet Theatre, Friar’s Gate, Exeter, MenSing will present a full concert of English folk songs, new songs and songs which have caught their imagination. This special concert for Father’s Day is part of the DoubleBill series of folk events at the Cygnet and balances the popular Herstory women’s choir from Wren Music who performed at this venue for International Women’s Day in March.

MenSing have been drawing audience reactions like - “inspiring choice of strong songs”  - “great focus and quality”  - “some great voices in the group combining together”.

Their first performance was at a concert in Sidmouth Folk Week last year. Then they were invited to be one of the resident acts in the Baring Gould Folk weekend last October and finished the year at a Christmas event in Okehampton. Since then they’ve been learning new material and polishing their harmonies ready for presenting this event, their first full concert.

“Their commitment and sheer musical energy blows me away” said choir director Paul Wilson. “I have directed many choirs and singing groups over the years and this lot are definitely in a class of their own”

Come and catch this first full concert of songs about life, love, politics, and . . . . yes - beer!